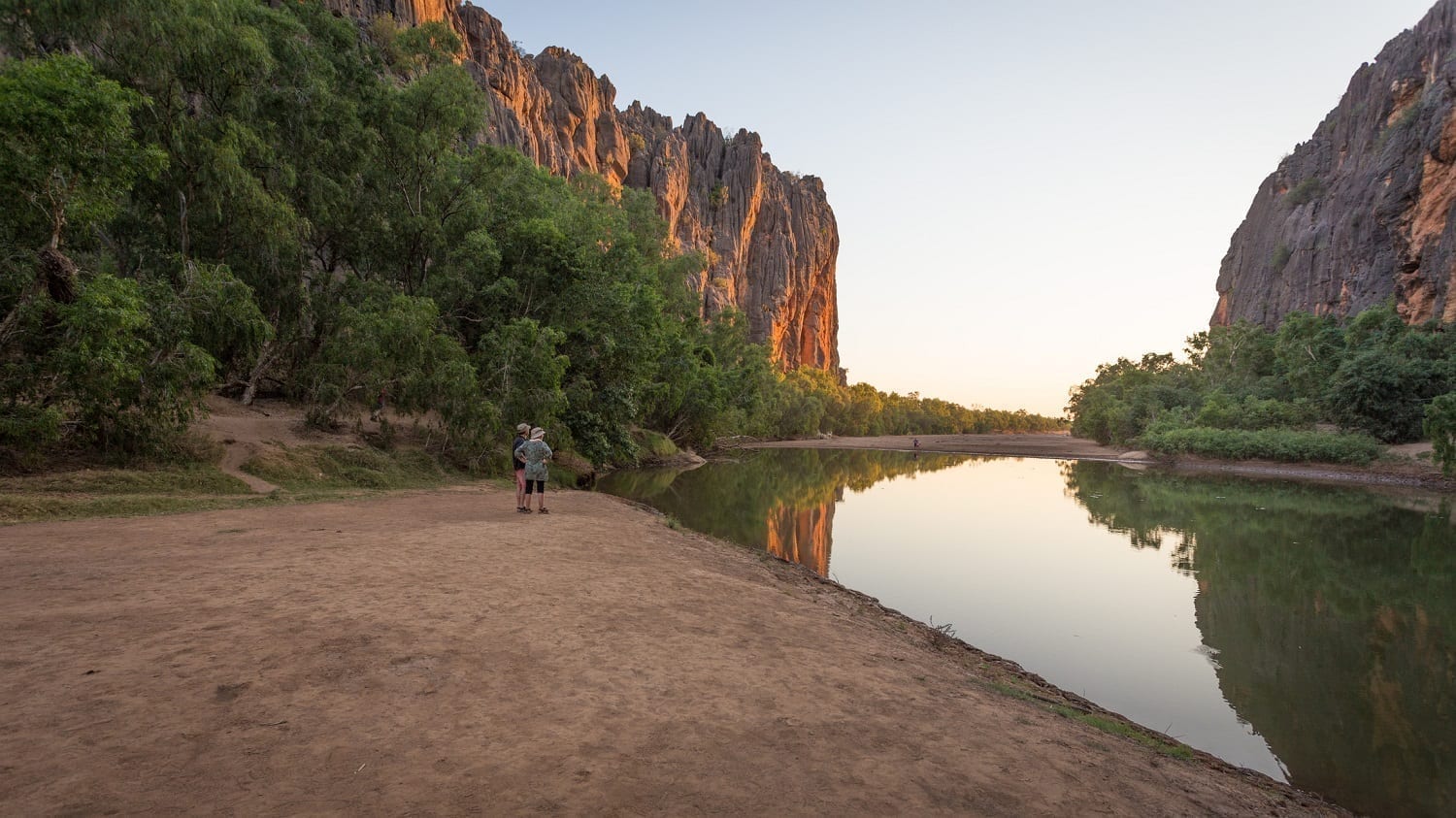 A stunning place that is in such contrast to the ancient Kimberley Plateau. It's very hard not to take a great photo here! Just spent 3 days camping there. The dozens of crocodiles just add to the primieval feel to the gorge.

[Originally published as Windjana Gorge, Western Australia, was not an ancient barrier reef]

Recently, a friend asked if I knew about Windjana Gorge in the north of Western Australia. He said, “It is on the Gibb River road in the Kimberley and the information there said the cliffs were a reef. It was great.”

Indeed, the above image shows that it is a spectacular gorge. The Lennard River flows through the 3.5 km [2-3 mi] long gorge in wet weather but in the dry season it reduces to a string of pools surrounded by native shrubs and trees filled with corellas and fruit bats. Freshwater crocodiles surround the pools in great numbers and enjoy swimming in them.

Composed of grey limestone, the vertical walls of the gorge are more than 100 metres [330 ft] high. Visitors can inspect marine life-forms fossilised within these limestone walls.

Much of the information provided for tourists is factual, but much is also speculation and not necessarily true. Like the television news, in our culture geological facts are presented within a biased narrative about the past. The key to distinguishing between fact and speculation is to ask yourself, “Who saw that?” This is just another way of asking, “What is the evidence for that?”

For example, the information provided says, “Windjana Gorge was carved out of the Napier Range by the Lennard River.” Yes, the river does flow through the Napier Range, but did the river as we observe it today actually carve the gorge? This will be the topic of another post. 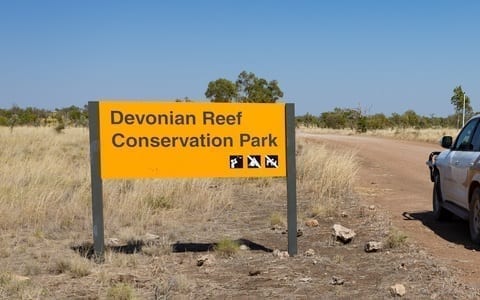 About the limestone we read, “The range is part of an ancient barrier reef system that can also be seen at Geikie Gorge and Tunnel Creek.” Yes, the gorge walls are of limestone, and yes, the limestone is like that at Geikie Gorge and Tunnel Creek, which is similar to a modern reef. But, does this limestone deposit preserve in situ an ancient barrier reef, like, for example, today’s Great Barrier Reef off the Queensland coast?

Further, we read, “The barrier reef system formed in the Devonian period, some 375 million years ago, when this whole area was under the ocean.” Yes, the fossils in the limestone are similar to fossils found in other limestone sediments that have been classified as Devonian. But who was keeping the time so that we know it was 375 million years ago?

The information we read is based partly on what is observed in the rocks and landscape. But it is also based on assumptions about the unobservable past. In particular, these geological interpretations start with the assumption that the biblical Flood described in Genesis in the Bible never inundated the whole earth. Rather, they assume that everything in the past occurred just the same way that we see things happening today.

This has implications. This is why they say that the rocks are hundreds of millions of years old. They think everything built up very slowly like we see today. This is also why they say that that Napier Range was an ancient barrier reef, because a reef is where we see limestone building up today.

When people see these interpretations at these tourist sites, they just accept the story. They do not realise it is just personal beliefs. It does not register that those who invented the story were not present at the time they are talking about and did not see the events happen. Even more significantly, people do not realise they are looking at powerful evidence for the reality of Noah’s Flood and the reliability of the Bible.

So, when we frame the evidence within a biblical narrative, we develop a different story. The Devonian limestone would not represent a barrier reef that grew in place.

In biblical history there are three times when such a reef could have formed:

However, any reef that formed before the Flood would have been destroyed by the Flood, so the first two options do not work. Further, the limestone is too deep in the geological record to have formed post-Flood. (See figure in Relationship between standard geology and flood geology.)

Geologists with a long-age belief system would not even contemplate that such a large deposit was washed into place because it would require water flows of biblical proportions. No matter the evidence, they would be looking to explain it as growing in place. The term “barrier reef” in the tourist information is a small term that has huge implications. It means the difference between seeing the reality of the biblical Flood and missing it.

In summary, we would say the limestone cliffs in Windjana Gorge were not a barrier reef, but a deposit washed into place mid-way through Noah’s Flood as the waters were rising before they reached their peak. The shells, corals, and other fossils would have been washed into the area by the floodwaters flowing across the earth. Also, much limestone would have been chemically precipitated in the deposit at this time. This interpretation provides a framework for research, in that we would be looking to document evidence for ‘washed into place” processes.

Further, much more sediment would have been deposited on top of this as the Flood proceeded. However, this would have been eroded off when the waters peaked and covered the whole area, and as they receded from the continent. It would have been during the last part of this Recessive stage that the gorge was cut through the Napier Range.

The gorge is a water gap, which is a tell-tale signature of Noah’s Flood (for examples see tag water gaps). In other words, the Lennard River did not carve the gorge but it uses the gorge that was carved by the receding waters of Noah’s Flood. 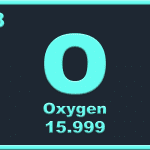