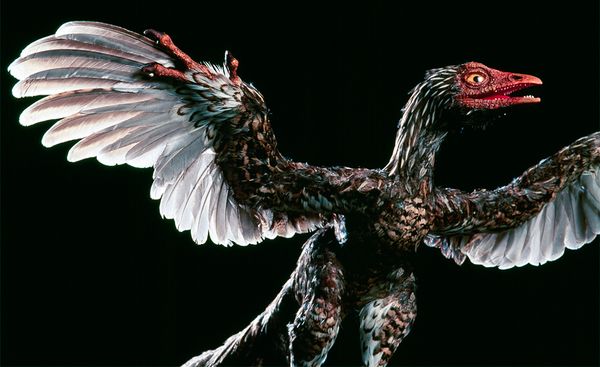 I received a homework assignment in AP Biology describing basic evolutionary principles, but really it only exercised wishful thinking.

Years of evolution refuting have prepared me in advance for AP Biology, especially when it comes to evolution. It’s been a fantastic “inside investigation” to what is being taught about evolution in public schools. After a unit on microevolution which I agreed to 100% except when the teacher would trick us into thinking this proved that an organism could acquire brand new genetic information, we started with the fossil record.

Let’s lay out some fossil record basics: the oldest fossils are in the oldest dirt which are at the bottom, and then the youngest fossils are in the youngest dirt which is at the top. The theory goes that over millions of years dying organisms laid around in the open exposed air and let dirt pour over them for millions of years until they were buried and fossilized.

Poet Alfred Tennyson famously described nature as “red in tooth and claw,” and that idea is widely supported by evolutionists who dramatize the struggle for survival in the animal kingdom. I’ll admit, nature is very much “bloody” and is very much in competition with each other. Evolutionists predict lots of death in the fossil record, especially the death of the evolutionary rejects who didn’t mutate successful genes. That being said, where are the intermediate forms?
Author Gilbert K. Chesterton noted that “The evolutionists seem to know everything about the missing link except the fact that it is still missing.” The truth of the matter is, the thousands of intermediate, transitional links we should be finding, show up nowhere.

Evolution predicts that in the fossil record, you’d have in-between forms of two very different organisms. To get from a dinosaur to a bird, or a fish to some kind of land animal or a reptile to a mammal, we need plenty of dinosaurs with a few bird features, fish with legs, reptiles with mammal features, and then different stages of even those stages. Evolution happens slow—trust me, the biology teachers like to tell you this a lot—and it happens by new populations being born with a few mutations that help out and over time, mutations invent new information which makes one organism turn into another. Over all that slow time, we are bound to see physical half-this-half-that or any amount of fractions of one organism evolving into another.

But, we don’t find a single one.

My AP Biology assignment
If the fossil record is examined, we don’t find anything “in-between”. Oh, every once in a while an evolutionists finds a toe and claims it’s a missing link, but with all that trial-and-error evolution, we should see a bunch of fossils of the slow addition of genetic information from one organism to another.

In AP Biology the class received instructions to cut out some “fossils” of fictitious animals and arrange them from oldest to youngest on a geologic timeline, showing where one organism split off into another one. Over “time” through the geological periods, the organism would change a little tiny bit (called gradualism, meaning a slow addition of new genetic information; i.e. The shape of the fin would change just slightly but noticeably enough) and sometimes there would be a big dramatic change (called punctuated equilibrium, meaning after a whole lot of little mutations the organism, an abrupt mutation in a few regulatory genes evolve the organism big time and made it a new species).

It wasn’t a very hard assignment; however it is only wishful thinking to include twenty-three different fossils to explain how one species became two. In actuality, we observe in the fossil record only the end points. We maybe see the lowest fossil in the chain, and we most likely see the two species that are the most recent in the evolutionary timeline—but if the fossil record is examined, we don’t find anything “in-between”. Oh, every once in a while an evolutionists finds a toe and claims it’s a missing link, but with all that trial-and-error evolution, we should see a bunch of fossils of the slow addition of genetic information from one organism to another.

Let’s throw out some numbers on the table. In all the museums worldwide, there are over 200,000,000 fossils. Keep in mind, while these fossils aren’t exclusively of modern-looking organisms, we don’t find any fossils that stand out as forms between one organism and another.

Let’s look at a more specific example. Evolutionists believe dinosaurs evolved into birds. We have found give-or-take 100,000 dinosaur fossils, and over 200,000 bird specimens in museums worldwide. So what fossil example do we fine that’s basically half-bird, half-dinosaur? None. An evolutionist may point to Archaeoraptor or Archaeopteryx or other alleged feathered dinosaurs, yet this does not hold up. The archaeoraptor was a hoax— a great evolutionary fumble, but a mistake that wasn’t publicized nearly as much as when it was found in the first place— with bones of a prehistoric bird and a microraptor made to look like they fitted together. On the other hand, the archaeopteryx is not a fraud in and of itself. It had claws, teeth in a jaw without a beak, and a bony tail, but otherwise it bared resemblance to a bird. Scientists aren’t sure if it had feathers or not, but many say it did (they just love to paint the picture of a feathered dinosaur).

In desperation, the archaeopteryx was suggested to be a transitional form between dinosaurs and birds, however, scientists forget that there are a handful of modern birds with claws on their wings (ostriches, emus, kiwis, and the hoatzin has claws only when young to help it climb trees). Some geese have teeth, along with many baby birds, penguins, and even one kind of toucan. And a long bony tail is not hard to imagine when you remember information is LOST in order to cut the tail down to size.

What you are supposed to understand now is not just that the archaeopteryx isn’t that far of a stretch from a modern bird (you don’t need to jump to the conclusion that it is a transitional fossil), but this same thing applies to a lot of transitional fossils, like human fossils with bone disorders which make them look Neanderthal-like. There are logical explanations to the transitional forms.

Let’s go back to the numbers really quick. We have about 1,000 dinosaur fossils, 2,000 bird fossils, and a conservative estimate by an evolutionist would be 10 archaeopteryx fossils, all of them in or around one site in Germany. You may have heard it said it takes more faith to be an atheist—well, to have a measly and questionable ten fossils link two well established species takes a lot of faith. And let’s not forget these archaeopteryx fossils roughly appear the same. Where is the dinosaur with a half-beak, or the one that has some form of feathers, or the one with teeth on its beak, but doesn’t have the claws or the long bony tail? A lot of information is gone—a lot of evidence is missing in action from the fossil record.

If on my assignment, I put the most recent evolutionary “fossil” right next to another “fossil” that was supposed to be the ancestor to that fossil, then at the very least my teacher would take me aside and try to straighten me out. If one organism is the ancestor to another—especially millions of years back there—you would not expect them to be in the same geologic time frame. However, we do see evidence of this.

Evolutionary paleontologists on a mission to find modern animals in the Cretaceous layer (they were doing this to prove that an asteroid impact didn’t wipe out the dinosaurs; if they could see the same fossils that were in the layer above the Cretaceous, then they could show an asteroid didn’t wipe out all life in the Cretaceous) discovered bird fossils (Batten, 2012). In the time of the dinosaurs, we see modern birds. Among some of the bird fossils found with dinosaurs have been parrots, penguins, owls, sandpipers, albatross, flamingos, loons, ducks, cormorants, and avocets. Reluctant (and perhaps deceitful) evolutionist curators at museums do not display these fossils alongside the dinosaur exhibits. At the Milwaukie Museum, a reconstructed avocet is shown in the dinosaur section. While not displaying the actual fossil, the fossil had been dug up at a Hell Creek (Montana) dinosaur dig site.

The missing links are certainly missing. Thousands of holes fill the evolutionary timeline, the fossil record remains silent, and those few transitional fossils evolutionists point too are nothing more than just ancient versions of modern day species (or often the missing links are outright frauds). If we count natural processes as our origin, then evolution and nature try too hard to hide the evidence. Isn’t it even a little strange that the gaps between each modern form of animals happen to be nonexistent in any natural record?

In the search for truth, we need to find what theories hold up and what don’t. Evolution, because of the lack of physical evidence in the fossil record, has failed us. This is not something that should be promoted in Biology, with its flimsy interpretation of the evidence. 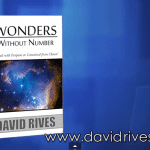 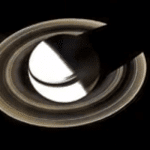