[Originally published as Worlds of Creation: The History of Discovery]

The solar system is a delightful example of the creativity of the Lord. It is beautiful and interesting, and a wonderful example of how the Lord hides fascinating truths in nature for us to discover over time. We know so much about the solar system today, and it is far different and more interesting than our ancestors could have ever imagined.

To the ancient world, the solar system consisted of the sun, the moon, and the five wandering stars which we call planets.¹ The ancients knew that all celestial objects rose in the east and set in the west as if fixed upon a giant sphere that rotated approximately once each day.² The exact period would depend on the type of object. They knew that the sun takes 24 hours to complete a loop, the moon takes about 24 hours and 50 minutes to do so, and the fixed stars take 23 hours and 56 minutes. But there were five stars whose motion seemed rather erratic. From night to night, they moved very slightly relative to the background stars, usually eastward, but occasionally westward.

The five wandering stars are still known by their ancient names: Mercury, Venus, Mars, Jupiter, and Saturn. Mercury was the fastest of the five planets, and never departed more than 28 degrees in angle from the sun. Venus was the brightest of the five, and the second fastest. It never departed more than 47 degrees from the sun. Consequently, Venus often appears as the bright morning star in the eastern sky before dawn, or as the evening star in the western sky after sunset.

The other three planets could be found at any angle from the sun, and were sometimes even high in the sky at midnight, which is not possible for Venus or Mercury. Mars was the fastest of these three, though still slower than Venus and Mercury. It was noticeably red in color, and became very bright every 2.1 years, but was otherwise rather dim. Jupiter was the brightest of these three, though still fainter than Venus. But since Jupiter was often visible even around midnight when the sky is very dark, it appears as a stunning beacon, far outshining the fixed stars. Saturn was the slowest and faintest of the five planets. The other planets are too faint to be seen easily without telescopes, and were therefore unknown to the ancient world.

The erratic behavior of the planets was first properly explained by Nicolaus Copernicus. Copernicus realized that the planets orbit the sun, and that the Earth too was a planet and orbited the sun. Planets closer to the sun move faster than planets farther from the sun. Moreover, the occasional apparent westward motion of the outer planets (relative to the background stars) is caused when the Earth passes them. This also explains why Mars appears very bright every 2.1 years—this is when Earth is passing it and is therefore very close.

In the early 1600s, the creation scientist Johannes Kepler discovered the true nature of the orbits of the planets. Using data recorded by Tycho Brahe, Kepler found that planets orbit the sun in ellipses, not perfect circles as had been previously thought. Consequently, a planet is slightly closer to the sun at times, and slightly farther at other times. Furthermore, Kepler discovered the precise mathematical details by which a planet speeds up when closer to the sun, and slows down when father away in its orbit.

Tycho Brahe demonstrated that comets were part of the solar system. Comets were well known to the ancient world, appearing as “fuzzy” stars, often with a tail. They slowly move relative to the background stars, but in ways that were completely unpredictable to ancient astronomers. Before Tycho, people believed that comets were an atmospheric phenomenon and not part of the solar system. But Tycho successfully measured the distance to a bright comet in 1577, and showed that it was well beyond Earth’s atmosphere. In fact, comets tend to have extremely elliptical orbits, taking them briefly close to the sun and then very far away. Whereas the eight planets all orbit in approximately the same plane, this is not true of comets. However, their orbits are perfectly described by the laws discovered by Kepler.

Comets consist of a central nucleus made of dirt and various ices. The nucleus of a comet is only a few miles across. Due to their elliptical orbits, comets spend most of their time in the outer solar system where their ice remains frozen. But when they pass into the inner solar system, they are heated by the sun. This causes the outer layers of ice to vaporize, forming a cloud around the nucleus which we call a coma. In many cases, solar wind and radiation pressure press on the expelled material, forming a tail (or multiple tails) that can extend millions of miles into space. Since a comet loses material every time it passes into the inner solar system, comets cannot last millions of years.

The invention of the telescope in 1608 drastically improved our knowledge of the solar system. Using his self-made telescope, Galileo Galilei discovered that Jupiter has four moons which orbit it, just as Earth’s moon orbits the Earth. Most people had not even considered the possibility that other planets could have moons. We now know that all the outer planets have moons, and that there are over 200 moons in our solar system. A few decades later, astronomers discovered that Saturn had rings. We take that for granted in our modern age, but no one at the time had thought of such a thing.

The Age of the Observatory

As telescope design improved, so did our knowledge of the solar system. In 1781 William Herschel discovered a new planet, unknown to the ancient world. Uranus is too faint to be seen easily by the unaided eye, but is quite obvious in a small telescope. Appearing as a tiny blue sphere, the planet Uranus is actually four times the diameter of Earth. And since Earth was now considered a planet as well, this discovery brought the total number of planets in our solar system up to seven.

In 1801, Giuseppe Piazzi used the Palermo Astronomical Observatory to discover a new planet. It was far smaller than any other planet, and orbited the sun in between the orbits of Mars and Jupiter. Since it was too faint to be seen without a telescope, it was unknown to the ancient world despite being relatively nearby. It was named Ceres. In the same decade, three other tiny planets were discovered—Pallas in 1802, Juno in 1804, and Vesta in 1807. All of these were so small that they appeared as a point of light in even the largest telescopes. The largest of the four, Ceres, has diameter of only 587 miles, whereas Juno has a diameter of only 169 miles. And they all orbited the sun at a distance in between the orbits of Mars and Jupiter. Hence, by 1807 our solar system had eleven planets.

But these new four planets were clearly much smaller than the other seven. Each appeared as a mere star, whereas the other planets have sufficient size to be seen as a disc in even a modest telescope. For this reason, William Herschel proposed referring to these new objects as asteroids from the Greek meaning “star-like.” This term did not catch on immediately. But by 1849, six additional asteroids had been discovered—all tiny, and all orbiting the sun between Mars and Jupiter. Astronomers began referring to them not as planets, but as asteroids or minor planets. We still use both of these terms today. We now know of hundreds of thousands of asteroids that orbit the sun. Ceres is the largest asteroid, whereas most are only a few miles across.

In 1846, Urbain Le Verrier and John Couch Adams independently deduced that a planet must be orbiting beyond Uranus. They recognized that the gravity of such a planet could account for the slight deviations of Uranus’s path from the predictions. They even calculated the position of this as-yet-undiscovered planet. Sure enough, when Johann Galle of the Berlin Observatory pointed a telescope to the specified coordinates, he saw the planet Neptune. Neptune’s largest moon Triton was discovered shortly thereafter. With asteroids no longer being considered planets, this brought the total number of planets in our solar system up to our current number: eight. 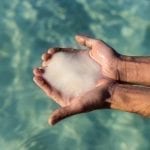 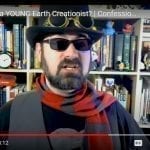