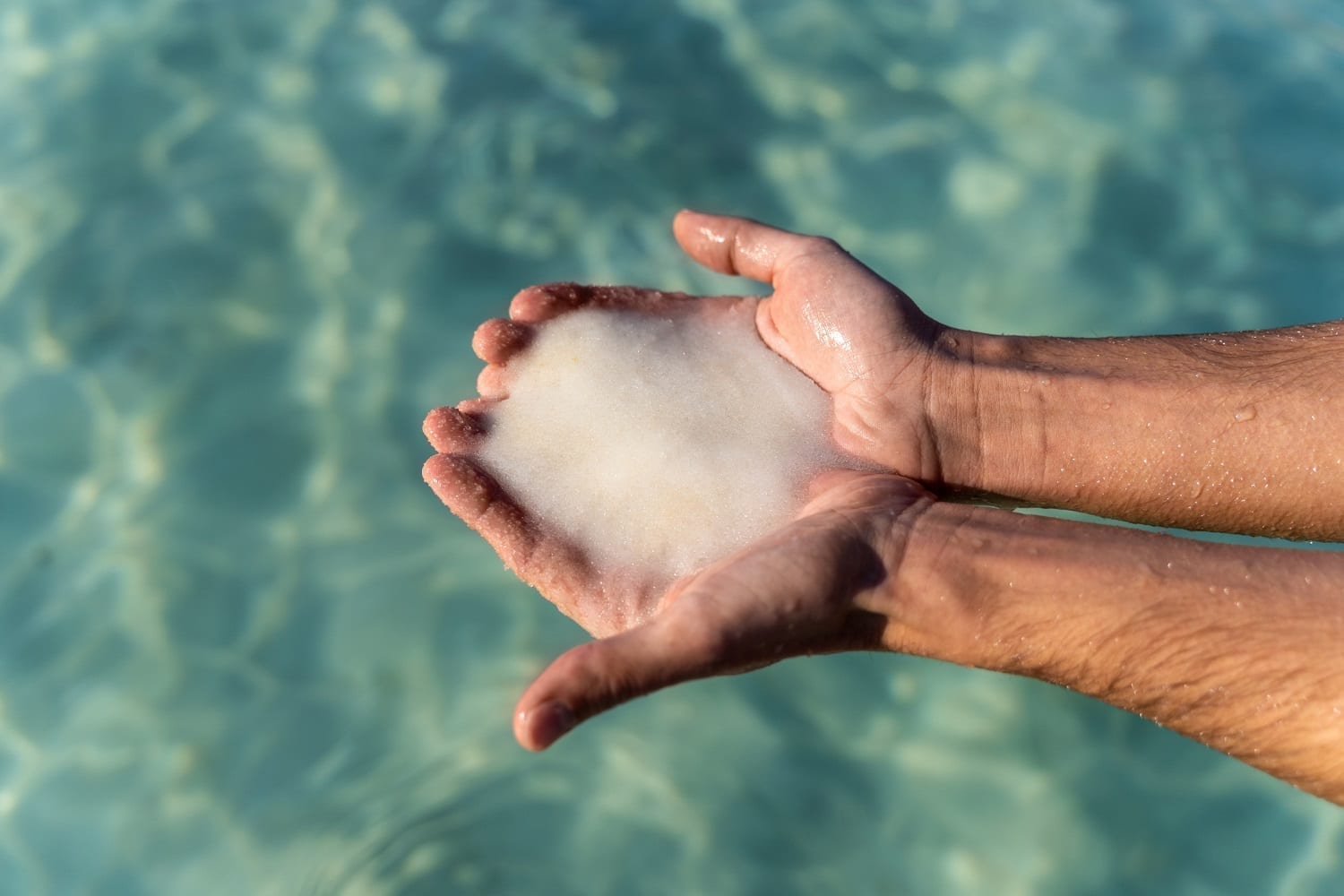 [Originally published as The Salt of the Earth]

You are the salt of the earth, but if salt has lost its taste, how shall its saltiness be restored? It is no longer good for anything except to be thrown out and trampled under people’s feet. Matthew 5:13

The purpose of this letter is to remind us that in this very darkened world, we need to be the salt of the earth. We are providing a special pamphlet compiled by Don Cain entitled, “8 Absurd Things Atheists Believe” (Free Download Here). It is his heart’s desire to share the gospel with those who are blind and need their eyes to be enlightened with the truth that sets men free. Don would like you to pass this pamphlet on to those who may be questioning their faith. More than ever, we need to make a difference with our Christian walk (saltiness) that makes one thirsty for the Savior. The world needs to see the light of Christ. Please help us bring this eternal hope to others.

A World in Confusion and Fear

We live a world of confusion and constant conflict. We witness the fear of terrorism lurking in unexpected places, and now there has been a recent threat of a nuclear war with an unstable dictator. We know about the realities of war. We have witnessed millions being sacrificed, including innocent civilians. It is a different kind of world now, and enemy tactics have changed. On 9/11, we endured a heinous attack on our very own soil. It seems like anyone can become a victim when 3000 innocent lives are taken within minutes.

The Islamic extremist attacks are aimed at terrorizing people. They leave many civilians dead and others severely injured. Their tactics of war are built on surprise. They have no respect for place, targeting the streets we walk on, the buildings we do business in, and the places we go for entertainment. No one is exempt from this kind of war. We did not sign up as soldiers to go to war for a national ideology, but we became sacrificial targets in order to accomplish the terrorists’ evil goals. It is a time when evil produces a particularly effective fear, placing us all in danger.

Popular, outspoken evolutionist and atheist, Richard Dawkins, points to religion as the key cause of terrorism. Dawkins advocated this idea in a public broadcast interview by NPR on May 27, 2017.

In it, he made the following statement:

And religious faith really does motivate people to do terrible things. If you really, really believe that your god wants you to be a martyr and to blow people up, then you will do it. And you will think you’re doing it for righteous reasons. You will think you are a good person.

And the vast majority of religious people wouldn’t dream of doing such a thing. Nevertheless, religious faith is a motivating factor. It’s one of the few things that’s really strong enough to motivate people to do these terrible things.

Many Americans and Western Europeans have been influenced by these “no god” zealots. They promote their hate against God in the form of many bestselling books, media interviews, and speeches given at universities and public forums.

It is no wonder that an atheistic agenda dominates the liberal media, including many of our news outlets reporting with their own worldly bias. A secular worldview has been pervasively promoted over this generation. Our universities, colleges, and public schools have been sanctioned by the Supreme Court to secularize education by banning the Creator of the Universe from school curriculum in all places of public education. It is no surprise that we have drifted so far away from our country’s basic core values. The foundation that has made America a strong nation is now in jeopardy of losing its next generation to godless chaos and disorder.

The entertainment industry is filled with a godless agenda run by liberal industry elites who continue to degrade and devalue humanity. This group sets its own corrupt standards that promote sexual promiscuity, redefine sexuality, exploit marriage, and so much more. The world is so self-centered that their wicked and deceitful hearts are addicted to pleasure and pride in the flesh. At times, we as Christians feel so outnumbered and so overwhelmed with the promotion of an immoral agenda that we wonder what happened to the world of only a few decades ago.

The Big Lie and America’s Foundation

This nation in which we live has been blessed with a godly heritage as its foundation. It can be traced back to our founders: men and women who had a deep respect for their Creator and the moral code revealed in God’s Word. It was the unifying factor in the formation of this country. From the inception of this nation, our founders proclaimed that our Republic would be subject to the Creator.

Our founders understood the importance of biblical values. They believed that these principles were God-given and that they were being guided by the unseen hand of God’s Providence. It is this same foundational truth that confirms that all men are created equal, and are endowed with God-given rights such as freedom of religion, speech, assembly, and petition.

Over the decades, the media and educational propaganda have indoctrinated our culture with the lie of evolution, producing horrific consequences. This lie directly attacks and dismisses the concept of God – the divine Creator – and the idea of absolutes, which includes law dictated by a divine Lawgiver. It has been a steady force that has ripped away America’s foundational principles, thereby paving the way for a dogmatic evolutionary mindset.

In the absence of God, man creates his own commandments guided by what he thinks will suit him best. Therefore, man’s laws are not absolute. They can change (evolve) over time. This godless mindset has found its way into the highest court of the land, the Supreme Court. It is here where pivotal decisions have been made that have changed our American culture.

Unbeknownst to many, the prevailing idea of “separation of church and state” was never introduced to make America a secular nation. However, thanks to a landmark Supreme Court 1947 ruling in Everson v. Board of Education, this case would affect the disestablishment laws which favored secular practices in the public forum. It should be noted that the separation statement of church and state is not in the Constitution.

The Founding Fathers’ intent was never to have a secular society, but to have the freedom to practice religion without government interference.

…I contemplate with solemn reverence that act of the whole American people which declared that their legislature should ‘make no law respecting an establishment of religion, or prohibiting the free exercise thereof’ thus building a wall of separation between Church and State.

This phrase was hijacked from its original intent that the government had no right to interfere with the free exercise of religion. Today, it is come to be used in the opposite context than Jefferson originally intended with the Danbury Baptists. These words “the wall of separation of church and state” were inserted in the ruling of the 1947 Supreme Court decision Everson v Board of Education.

The phrase was purposely misconstrued to advance an atheistic agenda to rid from the public realm Christianity, Creator, creationism, and many other Christian practices like prayer and Bible reading. It provided a pathway for the practice of censorship and brainwashing by offering alternative ideas concerning origins. At this point, evolutionary indoctrination could easily flourish in this environment of secular humanism, fostering secular atheistic attitudes and building a Godless worldview.

We also need to be reminded that the concept of separation of church and state has been used by intolerant regimes such as communist-run governments. It is stated in the Soviet Union’s Constitution Article 124, “In order to ensure to citizens freedom of conscience, the church of U.S.S.R. is separated from the State, and the school from the church.” Karl Marx, the coauthor of “The Communist Manifesto” (1848), believed that God needed to be eliminated and replaced with the state and science.

Secularism would soon show up in another Supreme Court case where core values would be challenged, resulting in unborn babies being victimized by man’s law over God’s law. In the 1973 Roe v Wade case, abortion became legal. Since that time, this ruling has led to 52 million babies being put to death in America. Man is not the arbitrator of life and death. Only God has the right to decide who lives and who dies. That is the reason God commanded, “You shall not murder.” (Exodus 20:13)

On June 26, 2015, we witnessed yet another Supreme Court decision that was in direct defiance of the Creator and His law. The Supreme Court gave the right for same-sex couples to marry. This decision simply contradicts the meaning and the purpose of marriage as revealed in God’s Word.

The marital covenant is based on a lasting and sanctioned union between two people, male and female, who have the natural ability to procreate, thereby obeying God’s commandment to: “Be fruitful and multiply.” This is a foundational principle in biology, but Supreme Court decision insults this natural law.

The Old Testament addresses this basic social union in the first two chapters of Genesis. In Genesis 1:27, God gave man his identity by creating man in His image. He added to him a sexual identity by creating man as male and female. In Genesis 2:24, we hear of man and woman being “joined as one flesh.” Christ sanctified this union in his own words in Matthew 19:4-6 and preserved this union of male and female in the statement, “Therefore what God has joined together, let not man separate.” (Matthew 19:6) Paul warns us of man’s evil nature and how deep his bondage can become by stating in Romans 1:28-29:

And even as they did not like to retain God in their knowledge, God gave them over to a debased mind, to do those things which are not fitting; being filled with all unrighteousness, sexual immorality, wickedness, covetousness, maliciousness; full of envy, murder, strife, deceit, evil-mindedness; they are whisperers.

Why does man continue to ignore His Creator? He is the One who gave him life and will give man the right to eternal life by trusting in the Messiah. The Creator became our Savior when He became our sacrificial lamb at Calvary. He took our place and gave to us the undeserving gift of eternal life so that we could be with Him forever.

Being Called to be the Salt of Earth

In the Sermon on the Mount, Christ calls us to be the salt of the earth. Salt has always been a valuable commodity. This was true during Roman times. Besides it being an essential seasoning, it was an excellent preservative. As we see so many being drawn away from experiencing God, we pray that you will partner with us to spread the truth of our Creator.

Thanks for all your prayers and support. It gives us great encouragement as we continue to serve our Creator and Savior. 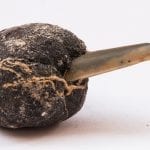 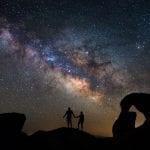