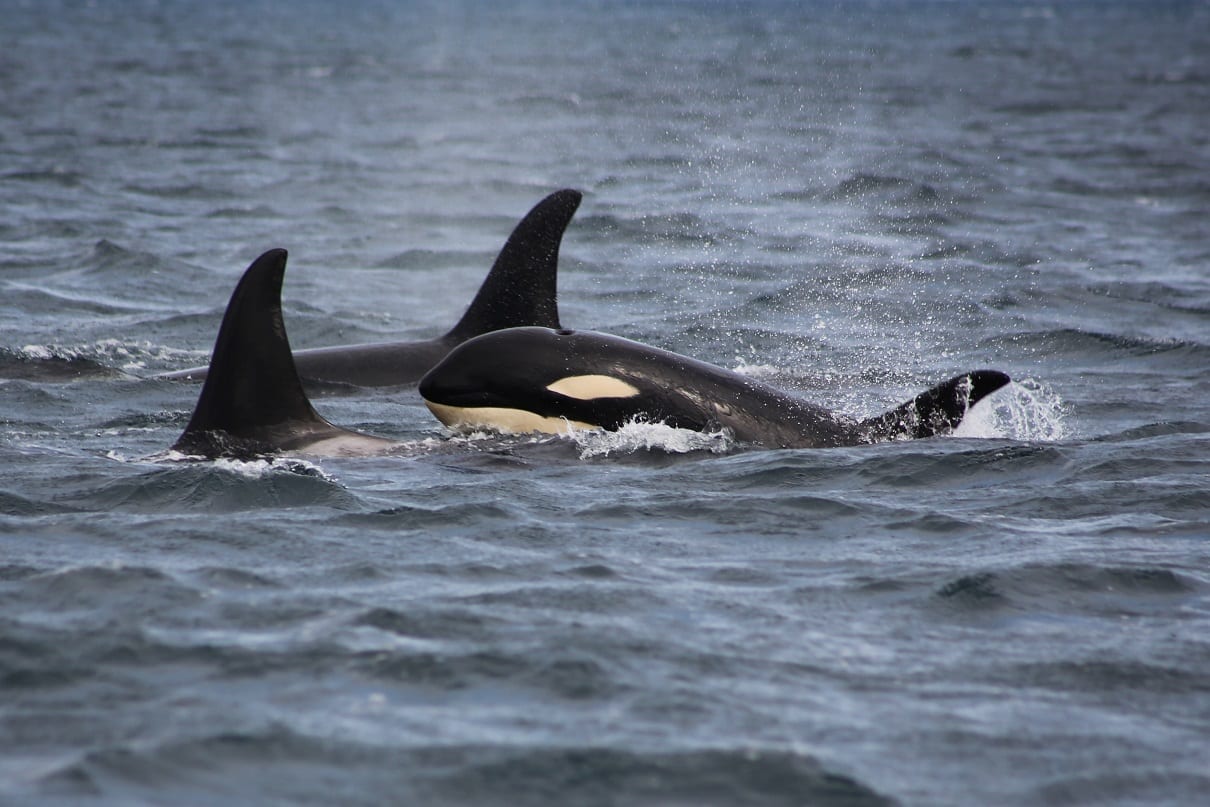 A split second.
And maybe A LOT of luck.
That’s all it took to capture a once in a lifetime sequence of photos.

It was a fun day of fishing with my dad, my friend and fellow kitchen helper Rachel, and our guests, Jeff and Mary.

We were driving past some commercial salmon fishing set-net sites heading towards our favorite halibut fishing spot when Dad spotted two Orcas. 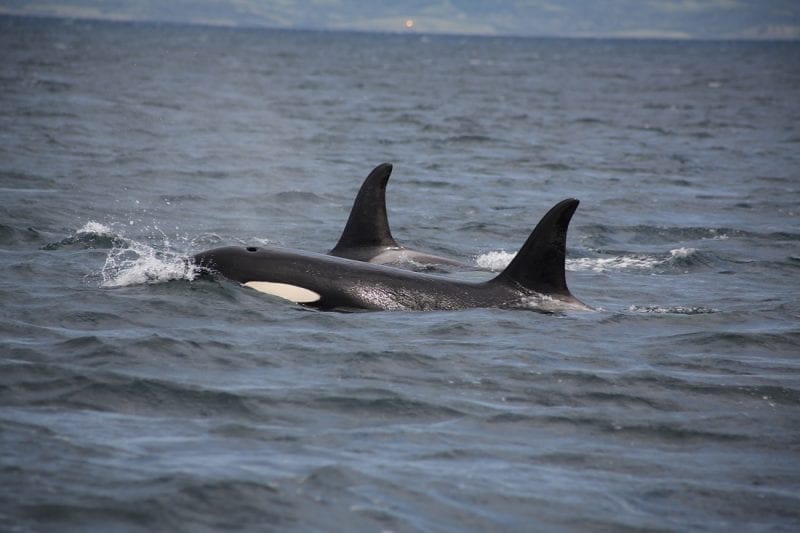 Orcas, also known as Killer Whales or wolves of the sea, are part of the dolphin family. Males can measure up to 26 feet, weighing 8 tons, while females reach the slightly smaller size of 23 feet and 4 tons.

Friendly, curious, and playful, they are also large and dangerous, built to survive.

We followed two single Orcas for a few minutes, and after a little while they slowed and a tail came flying out of the water and slammed down, sending a shower of spray everywhere. 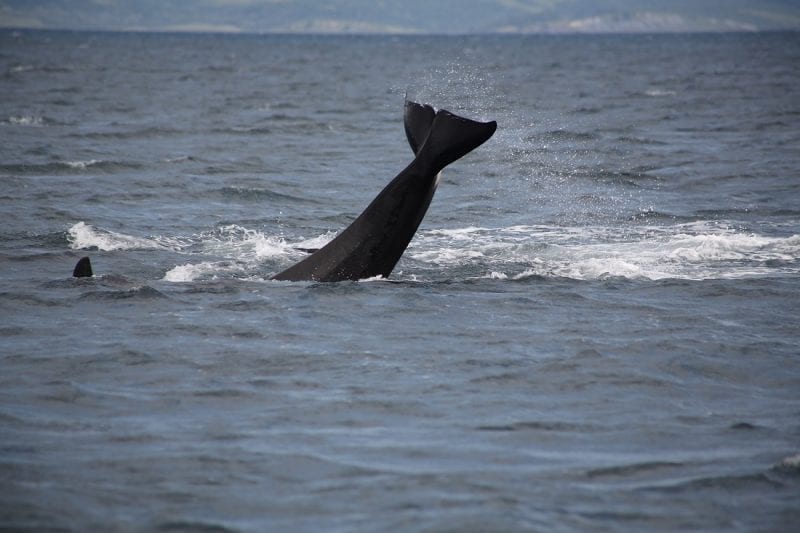 I was already excited, and getting to see them tail lobbing was awesome! That’s also the first time I’ve ever gotten a photo of one doing that!

Suddenly to the left of the boat, a female and her calf joined us, distracting our attention from the salmon chase. We followed them for a while until they headed out towards the open sea.

I tore my gaze from the mother and calf only to realize that whale spouts were now coming from both the left and right of the bay, and soon they were joined by at least six other Killer Whales.  They swam together for a few minutes, and then split off into different groups and veered off.

I was sitting in the front of the boat with my camera, still watching the Orca’s which were now ahead of us. Dad called to me to see if I got the pictures and I gave him a thumbs up.
At that moment, the whales had sounded and would not need to surface for a few minutes.

Expecting quiet for a few moments, I turned around just in time to see one of the Orcas in mid-air, in the moment just before it hit the water. 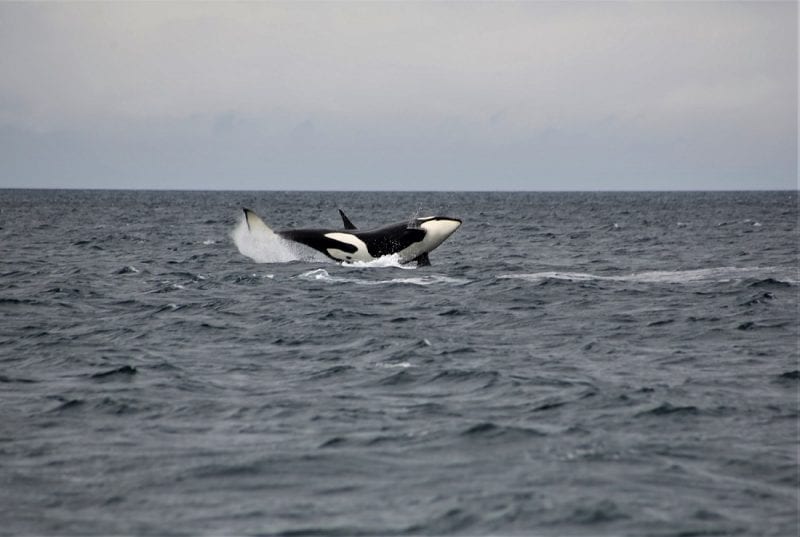 I involuntarily shouted, just out of pure excitement!

Right as the Orca came out of the water a second time, I had my camera ready, hoping that I could capture exactly what I was seeing through the viewfinder. As she breached, my camera mimicked a machine gun’s rapid shots as I mentally crossed my fingers.

Not until I’d watched the last spear of water shoot up into the air did I lower my camera, stared at the boiling water for a moment … and then looked to my camera.

I brought up my pictures, and took one look at what was on the screen. 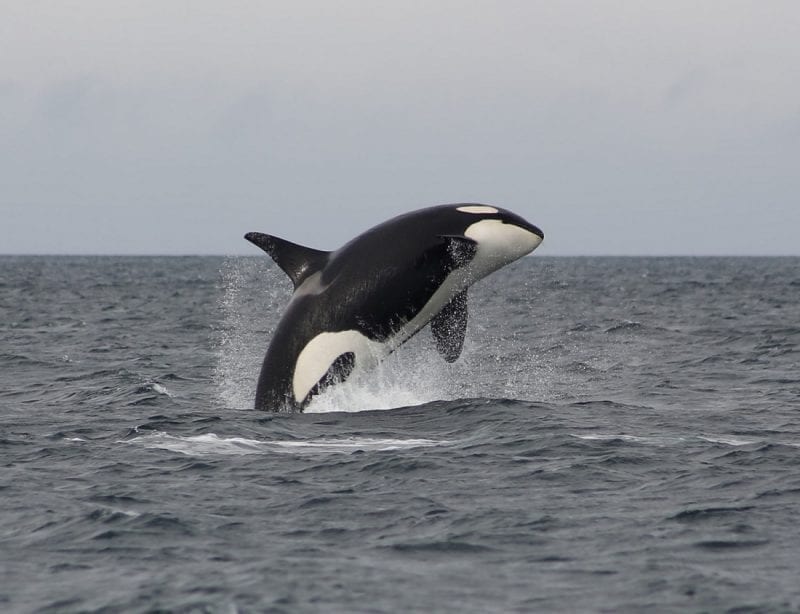 Half laughing, half crying, emotions were raging wild as I jumped around the boat shouting incoherent words.

I got the blessing of watching it, and then had my camera ready just in case she did it again.

I’ll never forget that moment.  Not for as long as I live. I can’t even describe what I felt. Words don’t do it justice.
It was a God given moment, and I thank Him for allowing me to be right in the middle of His magnificent creation.

I’m so blessed to live where I live, to see the things I can every day.

Whenever I see the dorsal fin shooting through the water, I have my camera ready just in case…

Hi! I live in Alaska on Kodiak Island. I love photography because it is a way to share God's glory with others. Capturing my life in Alaska gives me the chance to share with people who may never see the beauty that I get to wake up to every day. 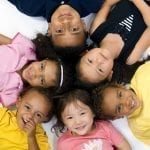