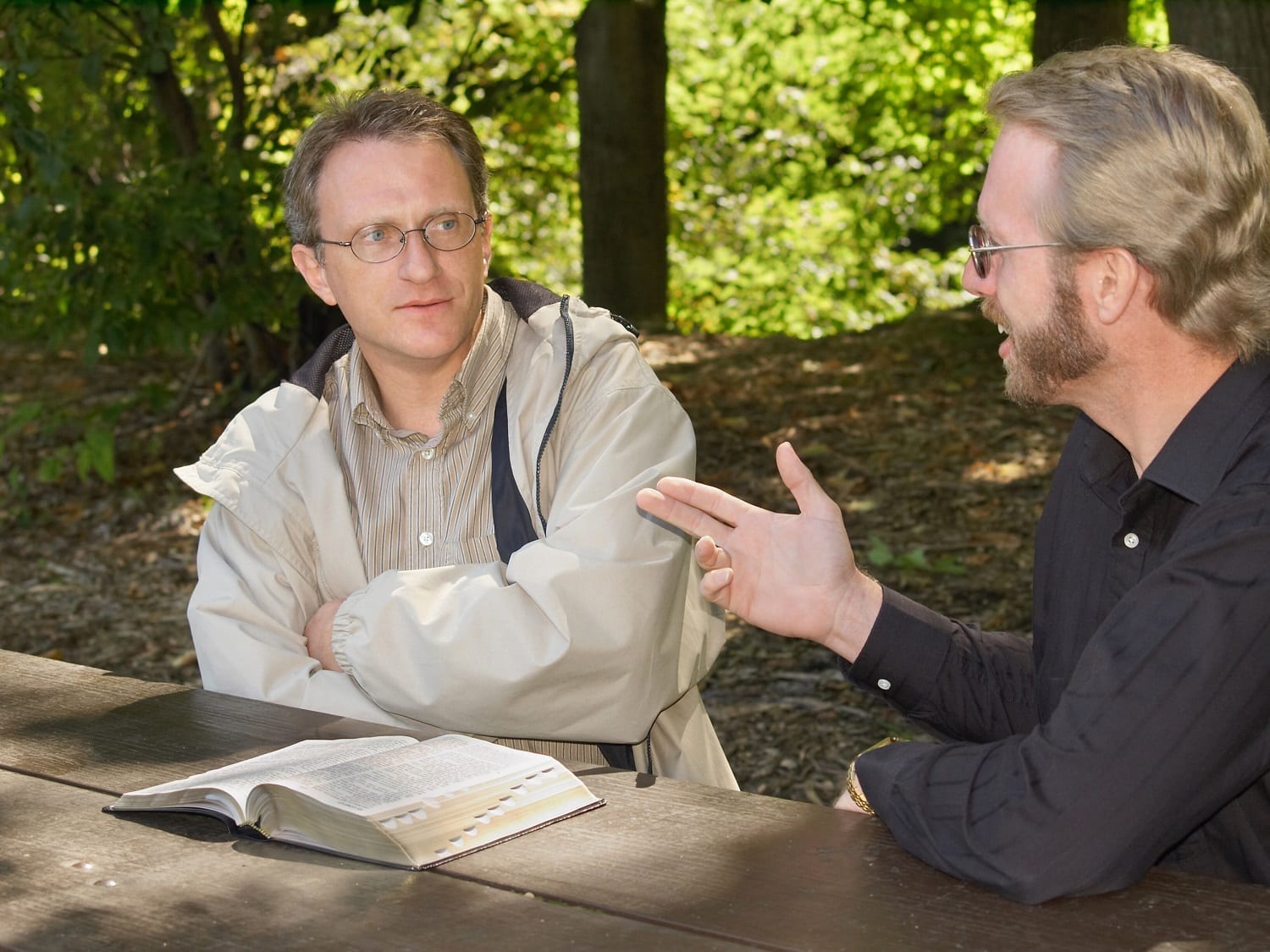 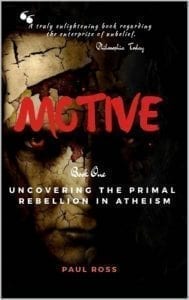 My obtaining Motive: Uncovering the Primal Rebellion in Atheism by Paul Ross was a bit unusual. A link was provided to a download, and had it converted for my Kindle device. After I had gone through it (the book was rather short), I contacted the author for a bit of information.

His reply included the Australian equivalent of, “Whoa there, pilgrim! Where did you get that? It’s not the final product!” So I ponied up the money and got my own copy all nice and legal-like. This means that there is no disclaimer, Mr. Ross didn’t give me a copy for reviewing or anything.

The real version of this book is much more substantial than the preliminary copy, and is far better. However, I thought a Table of Contents would have been mighty helpful like the other version had — especially now when I’m working on this here review.

Ross also provided 36 references. If someone was thinking that Paul was simply making things up as he went along (a notion that could come from someone who did not pay any attention to the material), the references should give lie to that notion.

This is the first book of a planned series. It is not a huge volume, and he intended to make it short enough to read in one sitting. That would be a good thing to do, but it’s not exactly a pamphlet, so you might want to get comfortable. I think your time will be invested quite well.

As usual, some of my own thoughts are mixed in with the review; the book sparked my thinking many times.

In the introduction, Paul Ross makes his intentions clear and gives the reader something to think about:

This book was primarily written to address the materialism of our times. What I mean by that is the emotional, psychological and intellectual rejection of God in favor of rampant self-determination. This rejection may manifest in the form of indifference, or it may surface in the form of open and defiant hostility—as in the case of contempt for all things divine—but, at the end of the day, both expressions are just two sides of the same coin. I also wrote this book to reveal the fundamental weaknesses of the materialistic position and to expose its unrelenting failure to answer any of the questions that ultimately matter.

Let the reader understand that materialism is not used in the sense of “accumulating a passel of possessions”, but instead, it is the philosophy that the material world is all that exists. It is used to underpin evolution as the secular mythology of origins and a lifestyle for atheists. We are given some history on how materialistic thinking has been detrimental to civilization, including the sexual “revolutions” where promiscuity and various perversions have been not only accepted, but promoted.

Materialistic dogmatism is discussed with an emphasis on atoms-to-author evolution. Antony Flew was an ardent atheist, but he changed his mind near the end of his life because he was forced to admit that the universe was designed. (Sadly, he apparently died a Deist, therefore would be just as lost as any other unrepentant sinner.)

Most materialists insist on ignoring the evidence for creation all around them (Rom. 18:18-23). They cannot justify their rebellion scientifically or philosophically.

Materialistic explanations do not adequately make sense of the most common phenomena of human experience, such as the phenomenon of consciousness. In fact, it has never been shown—or demonstrated—how biochemical processes can transform into conscious subjective experiences. It’s simply claimed that they do, somehow, someway. Neither do materialistic explanations explain the existence of a conscience, moral intuitions or the propensity towards spirituality. Nor can the materialist show how impersonal, mindless matter and energy can write its own informational software code, as manifested in every molecule, atom and elementary particle.

Paul goes on to discuss a subject that I have presented on several occasions: consciousness. No naturalistic philosophies can explain it. (For that matter, it is my belief that mathematics, logic, and even science itself cannot be explained without God!)

He is correct here, too.

Some materialists claim that the universe is better without God, more beautiful and with more grandeur. The sense of awe is something else that is immaterial and for which materialists cannot account. Atheists are being inconsistent (as usual) with such statements. “…the naturalistic explanation for the origin of the universe basically boils down to an assertion that ‘stuff happens’.” (Has he been reading David Coppedge about the “Stuff Happens Law“?) It’s a lot of stuff that happened, and by chance arranged itself into all the specified complexity and beauty we see around us.

I think I have given you enough information to help you realize that Motive: Uncovering the Primal Rebellion in Atheism will prompt you to think and provides important information about how materialism causes damage to rational thought and to society.

Ross goes on with additional examples of the infestation of naturalism in society, including universities (which were started by Christians) and so forth. I recommend Motive: Uncovering the Primal Rebellion in Atheism.

You may want to get to know Paul Ross a bit better. I happened across a link to an interview with him, and it discusses the book, atheism, and Paul’s missionary work. Try to ignore the comment about the US Postal Service “motto” that the interviewer made which is wrong on several levels. Other than that, give a listen at this link.

*Although Mr. Ross is unashamedly a creationist, he told me that he avoids discussions of the age of the earth because he considers it divisive. However, truth is divisive. The Virgin Birth, substitutionary atonement, even the Trinity are important doctrines that can be divisive. Recent creation supports biblical doctrines. I suggest three articles on this: “Who Is Jesus and What Did He Believe About Creation?, “‘But it’s divisive!’“, and “Genesis: Real, Reliable, Historical“.