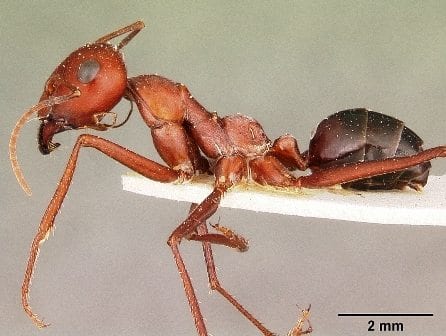 “And the LORD said unto him, Who hath made man’s mouth? or who maketh the dumb, or deaf, or the seeing, or the blind? have not I the LORD?” Exodus 4:11

What has five eyes and is the fastest-running insect on Earth? The little fellow is called the Cataglyphis, or desert ant.

The desert ant can run at a speed of up to a yard per second, or about two miles per hour. It will wander far from home – often more than 600 feet from its nest (and that’s a long way in ant miles). Now, there are few landmarks in the desert, but the desert ant never seems to get lost, and scientists have wondered how he does it.

Studies have shown that the desert ant has three eyes in addition to the usual two. These three extra eyes are in its forehead and allow the ant to see and recognize the varying patterns of polarized light in the desert. In other words, the desert ant navigates in the featureless desert by being able to see features in light that are invisible to our eyes. One scientist observed that without its speed and the special abilities of its extra three eyes, the desert ant would never be able to survive in the desert.

It seems as if there is no end to the creative inventions and special abilities we find in the living world. That is just what we would expect, living in the creation of an unlimited, wise, and all-knowing Creator!

Prayer:
Dear Father, even man’s cleverest technology is poor and unimaginative when compared to the least of Your works. I thank You that You would be my perfect Father and helper through Jesus Christ. Amen.
Notes:
Photo: Cataglyphis or desert ant. Courtesy of April Nobile. (CC-BY-SA 3.0) 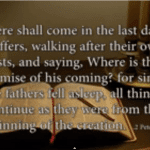 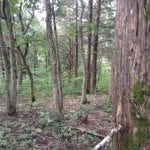