The common idea of stellar nurseries, claims that stars are born into existence as nebulous areas of space contract, forming a dense ball of gas. It sounds like a plausible explanation for the origin of stars in the universe.

However, one big problem with this theory is that while we HAVE seen stars DESTROYED when they go supernova, we’ve NEVER observed a star FORM!

Every example of supposed star-formation is a case where a cloudy (or nebulous) area of space starts to clear, and we spot a star for the first time. No star was formed – it simply became visible. It’s like driving down the road in a dense fog. Suddenly the fog lifts, and you see a massive mountain ahead. The mountain didn’t magically form in the last few minutes; it was just REVEALED when the fog dissipated.

The God of the Bible created the stars of heaven on the 4th day, and we read in Psalms that He knows each one of them – by name.
I’m David Rives, truly the Heavens declare the glory of God. 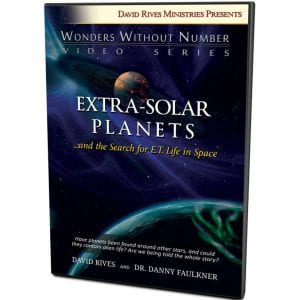 What about extra-solar planets? Have we found life on other planets?  Have planets been found around other stars, and could they contain alien life? Are we being told the whole story? Through the technology of today, we can peer into the outer expanses of the heavens, but out of the countless stars in the cosmos, surely there are other planets – And out of those planets, wouldn’t there be many like Earth? The answer is not as simple as it may seem. First, we have to look at the methods being used to observe these planets. Then we need to look at what data is being collected. Finally, we need to look at probability and Biblical historical texts that might give us clues as to what to expect in the far reaches of the Universe. 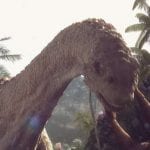 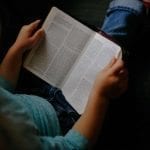