Adam with an Apatosaurus in the Garden of Eden as depicted in "Genesis: Paradise Lost". ONLY for use in special pre-release movie review, done by Sara J. Mikkelson at the request of this movie's marketing team. From Genesis Movie.com

Years ago, when I first heard about this cool idea for a 3D movie of Genesis, I was very excited. Now after watching the movie, I am even more excited!  Our modern American culture has people’s minds saturated with evolutionary ideas. Even talking with Bible-believing Christians who don’t really believe in evolution, there are still webs of the evolutionary pictures woven into their minds of what “cave men” and dinosaurs were like.  These wrong worldviews are so embedded in people’s minds that it’s often difficult for them to visualize a truly Biblical picture of earth history. In writing about young earth geology, I always wish that you, the reader, could truly “see” in your mind what creation week, the global flood, and the ice age were really like. I can’t tell you how exciting it is to see a movie like the new “Genesis: Paradise Lost” movie that can help people get a better picture of what Biblical earth history looks like.

On Monday, November 13th, and Thursday, November 16th, the “Genesis” movie will be airing in theaters around America at special Fathom events.  I recommend that you get your tickets as soon as possible – you do not want to miss out on seeing this incredible movie! I highly recommend it for anyone high-school age and above.  It would be very good for many in younger age groups as well, of course, at the discretion of parents. Young people especially need to see this movie, as it will help them better picture the Biblical worldview of earth history.

Find tickets at this link: https://genesismovie.com/

What is it that makes “Genesis: Paradise Lost” different from other Christian films or young-earth creationist documentaries? The animations, and the fact that it is available in 3D, help people visualize what creation week might have looked like. Minds of young people are constantly saturated with media picturing non-Biblical worldviews – I think that this movie may help many young people get a better grasp on the Biblical view of science and the Bible. My favorite part of the movie was when they were talking about Lucy and other supposed ape-men. They had the coolest animations for comparing these different skulls with human skulls.  This part really helps clearly illustrate the differences between human and animal skulls.

There are a lot of great things that I love about the Genesis movie, but to be fair, I’ll be completely honest about two aspects of the movie I wasn’t as fond of. First, during the interviews, they don’t put the name or expertise of the people they are interviewing on the screen. I can understand how this is artistic license, but knowing the names of the people and how reliable they are on each topic is important. Knowing your sources helps build trust.  I knew who most of the people were, just by seeing their faces, but most of the audience probably will not. Second, the portrayal of the creation of Adam and Eve didn’t give a personal feel of God tenderly making each of them by hand and walking with them in the Garden of Eden. I can imagine this would be very difficult to portray, and I understand that both of these aspects are merely artistic license, but I want to be completely transparent in my review of the movie.

As a whole, “Genesis: Paradise Lost” is definitely a movie that every Christian should see.  This movie is supposed to be just the beginning of a trilogy, so I will warn you that it only covers creation through the fall of mankind. As a geology person, I cannot wait until they come out with a movie like this that portrays the global flood. I really hope that Eric Hovind, the man who initiated the making of this documentary, will do part two on the flood very soon. People need to see more movies like this that can help them clearly visualize earth history from a Biblical worldview! 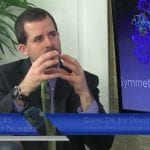 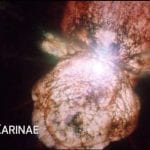