One popular argument for Theistic Evolutionists is the scripture in 2 Peter which states “…One day is with the Lord as a thousand years, and a thousand years as one day.” But Greek prose is vastly different from the Hebrew writing styles found in Genesis, and there is no indication that “day” means anything other than 24 hours in the creation account. The Hebrew word “yom“, or “day” is used in many instances throughout the Bible, and encompasses a broad range of definitions. However, the definitions are easily understood when we read them in context.

Jonah was in the belly of the fish three days and three nights.

You would have a hard time finding someone who would argue that it was actually an extended stay of three thousand nights… yet when it comes to the statement: “in six days the LORD made heaven and earth…” some are more than willing to twist the plain truths of scripture.

If the plain language of the creation account can be so easily re-interpreted, then what will be next? Will we continue to believe that Jesus, Yeshua, was manifest in the flesh to die for our sins? Are the miracles that were performed by the disciples only allegorical accounts? Did Moses really live to be 120 years old? Was Jesus actually in the tomb three days and three nights, or was that just a Hebrew idiom?

No matter how hard we try to deny it, the Bible still tells us that it took only six evenings and mornings to create the universe. Not nature running its course, but a miracle, just as the birth of Christ, or the blind made to see. 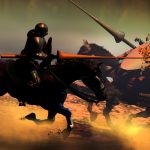 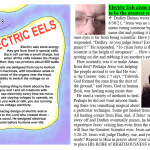