How could life evolve if there is no way it could have started?

It seems logical that there would be no evolution if there were no life available to evolve. Some evolutionists must sense the weight of this problem because they have established numerous Origin of Life projects around the world. Here are just a few:

The United States is not to be left out. From coast to coast there are projects manned by geoscientists and bioscientists from several scientific disciplines, seeking to solve the mystery of life’s origin.

When do the researchers expect success? Nita Sahai from UAOI has speculated that it will take 100 years. That will provide job security for a lot of people, but it sounds like the Wizard of Oz telling Dorothy and her friends, “Come back tomorrow.” He told them that because he didn’t have a clue as to how to grant their requests.

Finally, why is so much time, effort and hundreds of millions of dollars being used to address this mystery? Simply put, everyone realizes that if there is no way life can generate spontaneously, evolution is impossible, because there would be no life to evolve.  If evolution is impossible, then the philosophy of naturalism, the foundational notion of current education, is false. That would result in the collapse of the ideological underpinning of the prevalent worldview in academia. The emotional pain of such an outcome is more than many folks can bear. 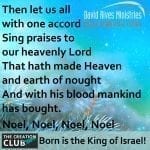 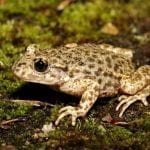