Mars, known as the red planet is the outermost of the rocky planets. It has a diameter of approximately 4 thousand miles – about half the size of the Earth.

Even though it IS much smaller, Mars – a terrestrial planet – has about the same total land area as the Earth because it does not have oceans.

Mars has two small moons. One is named “Phobos” which in the Greek language means “Fear” and the other is named “Deimos” or Terror. Many astronomers believe that the moons are actually asteroids that have been pulled into orbit by the gravity of Mars.

Rising 88,000 feet above the surface of the Martian planet is a massive mountain – Mount Olympus – almost three times the height of Mount Everest, here on Earth. That makes Olympus the tallest known mountain in the entire solar system.

Given its relatively close proximity to Earth, and its terrestrial structure, scientists have chosen the planet Mars as one of the primary destinations for exploration. Technologically advanced Martian rovers have traversed the face of the desolate planet, exploring its rocky terrain, and searching for clues that might point to life.

No traces of life have been found to date… which confirms that Earth is a pretty special place! 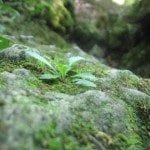 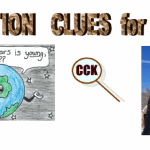