For the past few years Bill Nye has been telling anyone who’ll listen how dangerous he thinks it is to introduce kids to any idea of origins outside of evolution.

He’s not the only one.

We hear all the time how it would cripple our scientific future if kids growing up not trusting evolutionary thinking. Those of us who are willing to share our belief in our Creator, Jesus, are called all kinds of names.

I’ve been told what I’m doing is “child abuse” more times than I can count. If you’re a parent or caring person who shares creation with kids, you’re in the same boat.

But, what’s the truth about scientific thinking, learning, and what it takes to be a good scientist?

First, it is a fact that many of the greatest scientists have believed in the Creator and were not evolutionists. By itself, this shows how shallow such thinking is.

Next, there’s something being completely forgotten by such people.

Argument and debate are common in science, yet they are virtually absent from science education. Recent research shows, however, that opportunities for students to engage in collaborative discourse and argumentation offer a means of enhancing student conceptual understanding and students’ skills and capabilities with scientific reasoning. As one of the hallmarks of the scientist is critical, rational skepticism, the lack of opportunities to develop the ability to reason and argue scientifically would appear to be a significant weakness in contemporary educational practice. In short, knowing what is wrong matters as much as knowing what is right. Science, Arguing to Learn in Science: The Role of Collaborative, Critical Discourse Jonathan Osborne 2010

Heard of this before?

I was alerted to the fact that scientists know debate, discussion, and disagreement is great for learning new things by Dr. Jay Wile. He’s got a PDF for homeschoolers on this topic. It’s actually good for anybody trying to teach anybody anything, especially about our faith in Christ.

If you want a student to really “get” it, have them argue about it or at least see the bare facts and the different ways to interpret them.

For us, Dr. Wile points out being exposed to things known to be false is still good.

Group discussions in which different views are debated consistently produce the most learning gains. This is true even when one of the views is known to be incorrect! ~Dr. Jay Wile

So, who’s really interested in preparing the next generation of scientists to care about and learn what it takes to bring science forward into the new millennium? We are! Because we aren’t afraid to teach our kids evolution. Nor are we shy about shining the light on evidences for our Creator God. 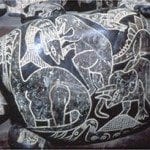 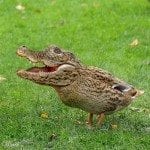