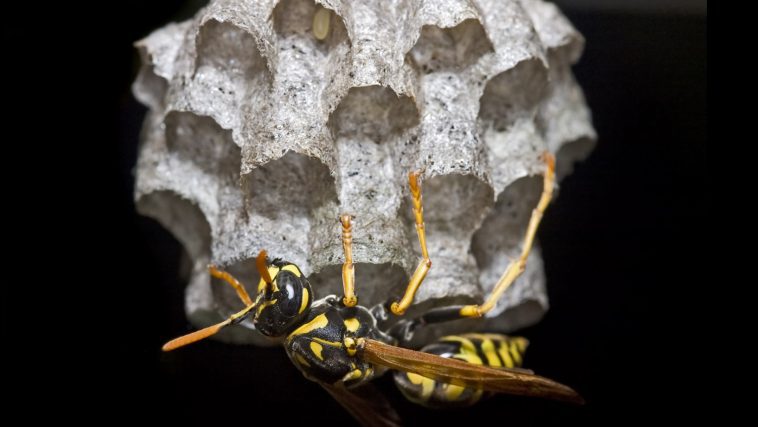 When you picture an architect, you probably imagine some guy sitting in his office with his computer and architecture software planning a high-rise building for downtown New York.

It didn’t take long for humanity to begin building cities, as history tells us in Genesis 4:17 when Cain built one after he killed his brother Abel. Today, we have the capability to build skyscrapers, the tallest being 2,716 feet tall found in Dubai, UAE.

God has also created miniature architects and instilled in them the knowledge to build structures to help them live in a sometimes difficult world. Let’s look at three of them:

The world’s tallest animal mounds are built by these tiny creatures. Some termites are capable of building mounds 20 feet tall.

Think about this. A termite queen is about 1 inch long, while her workers are only half her size. Let that sink into your mind. A half-inch insect building a 20-foot mound.

The building materials termites use are soil and their own saliva. These mounds are constructed with thick, hard walls that seal in moisture and keep out heat. This is vital because termites are highly sensitive to heat and will dry out quickly in the outside air. Most mound-building termites live in hot, dry parts of the world and a mound is essential to their survival.

These mounds are constructed with a complex system of air tunnels to allow fresh air to enter near the bottom and stale air to escape near the top. These air ducts run along sections of the mound walls that have tiny holes allowing air to enter or escape. Without this ventilation and cooling, the mound would overheat and the termites would die within hours.

Living quarters are built into the base of the mound. A room called the royal chamber is where the queen and king live. In other rooms, workers store food or care for the eggs and young. Some types of termites also care for fungal gardens where they grow tiny mushrooms for food.

Termites are able to leave the mound through underground tunnels that lead outward and branch into a network of passages opening to the outside. Since termites are sensitive to sun and heat, they venture out at night to bring back leaves and seeds that the colony uses for food. In dry areas, termites also dig tunnels straight down to the depth of 125 feet for water!

Some termites build thin mounds with the long sides facing north and south so the narrow ends are exposed to the hot east/west sun. This clever design exposes the least amount of the mound’s surface to the sun’s heat.

West African termites that live in areas of heavy rain will build mounds that look like cement mushrooms. This shape helps shed excess water. But the same species of termite leaves off this “mushroom cap” in dry areas.

These wasps make their nest out of — well, paper. The paper wasp queen will lay dormant over the winter under bark or a stone and wake up in spring when the temperature rises, ready to make a new nest. She takes her strong jaws and scrapes bits of wood off of a dead log or telephone pole and searches for a suitable location to build in. This is most often under a sturdy tree branch or possibly on the eve of a building. She then chews the wood into pulp, mixing it with her saliva.

Shaping this moist pulp with her jaws, she forms a stem that the nest will hang from. She then adds more pulp and spreads it into thin layers, forming it into hollow cells. When this pulp dries, it will harden into sturdy walls of paper. The queen has to make numerous trips to gather enough paper pulp to build a nest of brood cells.

Then she lays her eggs, gluing each one into a paper cell. She then constructs a covering for these cells to keep out the weather. In 40–50 days, adult paper wasps emerge from the cells ready to continue what the queen started. These worker wasps build more brood cells and continue to enlarge the nest by adding to the outside of the structure. The queen is busy, continually laying eggs in the brooding cells as the workers add to the size of the nest.

By the end of summer, the expanded nest will produce up to 200 wasps.

This ant, as the name implies, is found in many countries of Europe. The mound of the European Red Wood Ant can stand up to six feet tall and extend underground just as far. A single nest can be home to several hundred thousand red wood ants.

Like any ant colony, there are queens, workers, soldiers, and young. Unlike a termite mound, which has only one queen, an ant mound will have many queens. When a colony becomes overcrowded, one of the queens will take a number of workers and start a new mound.

A queen and her workers will start building their mound by locating a decaying stump. They then build chambers and dig tunnels down into the decaying wood. As they dig down, they also pile material on top.

You would think a mound made of so much plant material would rot from the inside out. But the ants build a series of tunnels throughout the mound to take rotting material from inside of the nest and dry it in the sun. The mound will only decay when abandoned.

These ants rely on the sun to stay warm during the cold European winters. The height and mass of the large mound catch more of the sun’s warmth than a small mound would. The heat of the sun, combined with the heat of thousands of ant bodies, keeps the colony warm all winter.

God has created the greatest architects and given them the smallest bodies. 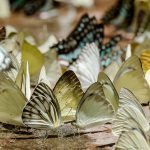