While many elements of the Big Bang theory have been refined, researched, and refined some more, the atheistic perception of a chance explansion is not the only explanation for observed phenomena.

In fact, the proposed expansion indicated by the redshift of cosmic material may have been described as early as the 8th century B.C. when it was stated that the heavens were stretched out.

You may be surprised to learn that this account is found in the book of Isaiah in our Bibles:

Thus saith the LORD… I have made the earth, and created man upon it: I, even my hands, have stretched out the heavens, and all their host have I commanded. Isaiah 45:11–12

With innumerable problems, ranging from the origin of heavier elements to physical laws governing gas in a vacuum, the Big Bang Theory clearly is Science… SCIENCE FICTION!

As men attempt to explain away the creation of the universe through natural chaotic occurrences, their wild theories appear to become more and more absurd.

Let’s get science on its feet again by taking a close look at cosmic evolution, and take the fiction out of science. 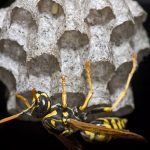 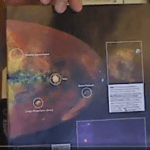