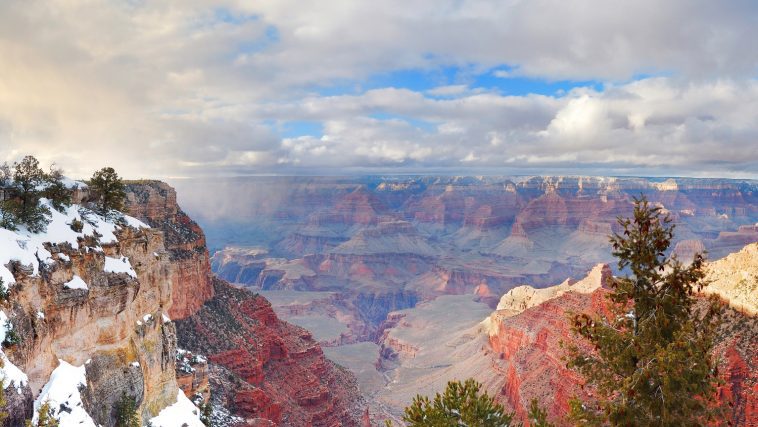 [Originally published in 2014 as Snowshine]

An April raft trip through the Grand Canyon spills over with adventure, and the weather participates as an unpredictable companion for the journey.

The most recent April romp through the wilds of Grand Canyon included rain, sleet, and snow urging us down river toward shelter and a warm lunch. Praise God for Redwall Cavern, propane, cheese, ham, and bread!

We camped the second night at Eminence near Point Hansbrough at river mile 44. As previously mentioned, the day had been cold, precipitation laden, and windy. A hike was in order to get the juices flowing and stretch the legs a bit. The hike at Eminence is a bit of a scramble and includes a significant climb. As such, not everybody was inclined to participate. In addition, the storm had passed, the sun was out, and many were quite content to crawl out on a rock with the neighborhood lizards and soak it up. Still, over half our group put forth the effort for the hike.

Those that did were abundantly rewarded.

We began our scramble, carefully picking our way through the scree slope and jagged ledges of sediment rock until we reached our destination atop the Redwall Limestone. The view of Point Hansbrough is quite dramatic, with both sides of the horseshoe bend in the river visible from our lofty vantage point.

But the real gift of beauty came as a surprise as we settled our gaze to the southeast. The storm we had endured that day on the river had covered Saddle Mountain with a fresh blanket of snow. The top of the mountain glistened in the sun like a grand jewel in the desert. The silence of the hikers spoke volumes of the abundant beauty that burst into the sky beyond us.

The final touch came when a cloud rolled in and began to lay down yet more snow as a pure blanket of white descending from the heavens.

It was tough to leave our perch and the majesty on display. However, daylight was waning and supper was waiting back at camp. Our stomachs got the best of us and urged us down the canyon walls ever closer to the tantalizing aroma of grilled chicken.

We did our best to convey the grandeur of Saddle Mountain covered in white, but words fell short. Soon camp was alive with conversation and content rafters now warm, fed, and dry. The cold of the day had been mostly forgotten as anticipation of what would happen tomorrow began to cheer their hearts.

Though our sins were as scarlet, they shall be white as snow! 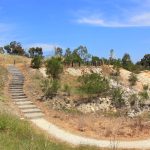