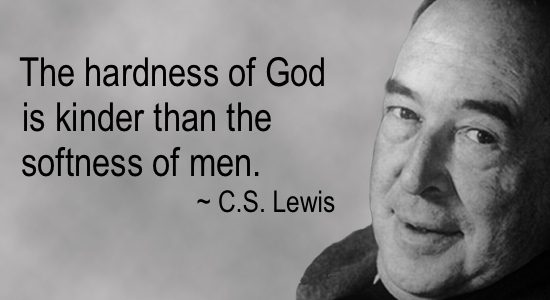 [Originally published as the second section of Nicer Than God. See Part 1 Here]

In the church, there is a standard of niceness that Jesus failed to reach while on earth. Comparing God’s attitude and behavior with that of the Church today shows that believers are far more polite, tolerant, understanding, and respectful to the wicked than God is.

Thus when Jesus said whoever “drinks My blood has eternal life,” (John 6:54) He was being extremely offensive, and intentionally so. Further, He made no effort whatsoever to clarify Himself. Rather, He let the offense work its ministry. Jesus knew He even offended His own followers. As He said to “His disciples” immediately afterward, “does this offend you?” (John 6:61).

After He called the scribes and Pharisees hypocrites, a lawyer said to Him, “Teacher, by saying these things You reproach us also.” Jesus answered, “Woe to you also, lawyers!” (Luke 11:45-46). For those who still didn’t get it, Jesus said, “I will show you whom you should fear: Fear Him who, after He has killed, has power to cast into hell; yes, I say to you, fear Him!” (Luke 12:5). Even more emphatic, the New Testament warns, “It is a fearful thing to fall into the hands of the living God” (Heb. 10:31).

Being rough with the wicked does not automatically turn off unbelievers. An Indianapolis Star columnist, Steve Hall, wrote about our BEL program, “But he’s cheerful. Oddly, despite the rigidity of his views, Enyart does not come across as a dour, puritanical type.”

Jesus spoke of a king who arranged a marriage for his son, but those receiving the invitations killed the messengers so the king, who represented Jesus’ own Father, “was furious, and he sent out his armies, destroyed those murderers, and burned up their city” (Mat. 22:7), and regarding an “evil servant”, the Son of Man “will cut him in two” (Mat. 24:51).

A harsh style of evangelism is difficult for more sensitive Christians to appreciate. However, the biblical approach to communicating with the world includes not only compassion but severity as well.

Anti-drug public service announcements (PSAs) from the Partnership from a Drug-Free America or the Ad Council have mocked potheads. They’ve shown their brains on drugs, fried, and one short-lived spot showed them on the game show Jeopardy unable to even remember their names. These were not motivated out of hatred but out of love.

Ridicule can and does save lives. “Why do you think they call it dope?”

Stigmatizing spots run by the Ad Councill on Christian stations get no criticism for being unkind. Let a believer, however, use mockery to stigmatize fornication or homosexuality, and the Church rises in condemnation. God, however, does not condemn those who “rebuke the wicked” (Prov. 24:17-18, 25).

The hardness of God is kinder than the softness of men.

God mocked Jeroboam, who “stretched out his hand from the altar” and ordered the prophet arrested. “Then his hand, which he stretched out toward him, withered, so that he could not pull it back to himself” (1 Ki. 13:4). God mocked the Philistines when they found Dagon their god “fallen on its face before the ark of the Lord. So they took Dagon and set it in its place again” (1 Sam. 5:3). The next morning they found Dagon toppled again, but this time he had lost his head (1 Sam. 5:4).

This is true in the Old and New Testaments.

The Bible does not say, “Hate the sin, love the sinner.”

There are six things “the Lord hates,” including

And God reminds us “All their wickedness is in Gilgal, for there I hated them. Because of the evil of their deeds I will drive them from My house; I will love them no more” (Hos. 9:15). As Moses recorded that God said, “if you do not obey Me… My soul shall abhor you” (Lev. 26:27-30).

The kindest acts of the wicked are cruel. Proverbs 12:10

Kinda reminds you of Bernie Sanders.

Even in the New Testament, Paul wrote, “Let love be without hypocrisy. Abhor what is evil” (Rom. 12:9) introducing the concept of hypocritical love. What is hypocritical love? “Should you… love those who hate the Lord? Therefore the wrath of the Lord is upon you” (2 Chr. 19:2). Warning the wicked of the coming judgment is harsh, but is a necessary component of acceptable love. A love that is not hypocritical rebukes and condemns, and then points the way to God.

God uses different methods to communicate the gospel to people at different depths of depravity. At times, a Christian can pray with an unbeliever. At other times, a believer might ridicule the unrepentant in hopes of waking him up. Painful communication though is in no way reserved just for non-Christians.

Paul uses dripping sarcasm telling the Corinthians that they do not need his counsel because they are full, rich, wise, strong, and distinguished. They are even like kings, and all that without Paul’s help (1 Cor. 4:8, 10). Sarcasm stigmatizes destructive behavior and prods people toward righteousness (1 Cor. 4:14).

Paul also fell short of today’s compassionate Christianity when he wrote that the government should minister terror, wrath, and vengeance against the evildoer and that the sword should be used against them (Rom. 13:3-4). The Apostle also erred by today’s standards calling unbelievers fools (Rom. 1:22) and the Galatians fools (Gal. 3:1, 3).

Christians enjoy quoting, “No weapon formed against you shall prosper.” However many shudder at the rest of the verse. For thus says the Lord,

Every tongue which rises against you in judgment you shall condemn. Isaiah. 54:17

Jesus taught that human beings will condemn the wicked. “The men of Nineveh will rise in the judgment with this generation and condemn it” (Mat. 12:41). Speaking of vengeance, the saints in heaven who no longer have a shred of false religiosity seek vengeance.

True, we ourselves are not to exact vengeance on our enemies, “but rather give place to wrath” and that place is with “the governing authorities… For rulers are… a terror… to evil. … for he does not bear the sword in vain; for he is God’s minister, an avenger to execute wrath on him who practices evil” (Rom. 12:19; 13:1, 3-4). This “is the patience and the faith of the saints.”

So in heaven, “the souls of those who had been slain for the word of God… cried with a loud voice, saying, ‘How long, O Lord, holy and true, until You judge and avenge our blood on those who dwell on the earth?’” (Rev. 6:9-10). Once that vengeance is complete, an angel will say, “Rejoice over her, O heaven, and you holy apostles and prophets, for God has avenged you on her” (Rev. 18:20). Remember that Jesus said, “For God so loved the world.” Two verses later though He added, “but he who does not believe is condemned already” (John 3:18).

By today’s Christian standard, no unbeliever would know that he is condemned, because most believers will not communicate this vital truth. John 3:16 is nice. John 3:18 is not nice.

WWJD? WDJD? Some have called Bob Enyart Live rude. Jesus was rude. We’re not Jesus. (He was a person, we’re a radio talk show 🙂 But the Apostle Paul said to “Follow me as I follow Christ,” and he was rude too.

Jesus is an example, as are the prophets and the apostles. The Lord was asked a question that goes to the very heart of His ministry. “Who gave you this authority?” (Mat. 21:23). Within the answer to that question lies eternal life, yet Christ was not inclined to answer. Rather, He asked them a question, which they failed to answer (Mat. 21:24-27). Therefore He said to them that neither would He answer their question (Mat. 21:27; see also Luke 22:67 and John 12:34-36).

When people misunderstood Jesus He often made no effort to explain Himself. Quite to the contrary, He often purposely let His hearers misconstrue His words (John 2:18-22). Jesus let people walk away in unbelief without running after them.

God’s Word does not record Him as saying, “I’m sorry, did you misunderstand me?” He is the “stumbling block,” and if men wanted to stumble, He let them. For those who want to hang themselves, He invites them (Rev. 22:11). Jesus made the rope available. He is that rope (Rom. 9:33).

Jesus was a man, not a girl

Christianity today has been emasculated. Men and women are different and they communicate differently. Women are softer and nicer than men, and thank God that they are. However, men are not supposed to be women.

Today, pastors are expected to behave like women. That foolishness is a death sentence for many unbelievers. Isaiah described adults who act like children. “They say to… the prophets, ‘Give us no more… of what is right. [Instead] tell us pleasant things,'” nice things (Isaiah 30:10).

Strength, confidence, conviction, and tough love appeal to those who are searching. Thus Jesus, lifted up and gruesomely killed, draws all men to Himself like a beacon for the real seekers who humble themselves. But for those wanting to stay lost, Christ is like a street sign that has been reversed by a troublemaker.

Today we are way nicer than God. It is tragic. This spiritual plateau that the Church has reached conveniently reduces the chances for confrontation. Nice people rarely rebuke, judge, confront, accuse or condemn. Nice people have less stress. It seems the only ones that Christians are quick to judge and condemn are fellow believers who judge and condemn the wicked. Go 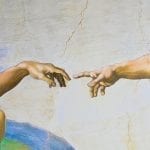