[Originally published as Hijacking Science and Reason for Evolution]

Every once in a while, an anti-creationist will reluctantly admit that a biblical creationist has some scientific knowledge but will then say something along the lines of, “I presume he is still a YEC for strong religious reasons.” Not hardly!

Atheists, evolutionists, and other anti-creationists have often exhibited incredulity that some folks reject evolution because of scientific reasons.

If you head on over to Intelligent Design sites, you’ll learn that there are Darwin doubters from various religions and from no religion at all. No, people reject evolution for both scientific and biblical reasons.

Evolutionists get even more unfriendly-like when they are informed that scientific evidence is a triple threat:

This is happening because belief about origins is not an evidence issue, it is a spiritual problem: they believe in minerals-to-mycologist evolution by faith in materialistic presuppositions imposed onto the evidence. They are in rebellion against our Creator.

If origins could be settled by evidence, then Darwin, the failed theologian, Lyell, the lawyer, Horner, the degree-less paleontologist, Spencer, the uneducated, and all the other “luminaries” of long ages and evolution would have been laughed out of work before they saddled up for their rides. People get degrees promoting evolution. Evolutionists promote non-science and get paid for it. Stalkers defame biblical creationists. Yada, yada, yada.

We point out new evidence and how evolutionary scientists exclaim that

Atheists and other evolutionists need to get disabused of the notion that contradiction is refutation, and dissuaded from believing that posting links disagreeing with creationists’ remarks trump creationary arguments. (Amazingly, some even reject evidence from evolutionists when used by creationists.)

Anti-creationists also need to learn that peer review is not a guarantee of truth or accuracy; there is plagiarism and fraud in peer review, and the secular science industry needs damage control. But Darwin’s disciples use that poor “evidence” for evolutionism and against creation anyway. I’ve got some bad news for you, Sunshine: scientists are not the paragons of virtue that many people imagine.

Straw man arguments abound from people who have no real knowledge of science and how it works.

The example about someone who rejects evolution because of religion is weaselly in several ways.

We’re “wrong” to them because evolution.

Another tactic used is to ignore evidence creationists present, then hijack a post or other discussion to talk about what they prefer instead of the subject at hand.

More than once, I have posted a topic and had critics complain about what was not there, acting as though, if a certain aspect was not brought up, creationists are being dishonest.

Recently, one angry atheist complained about my post, “Dinosaur Extinction and Chicxulub Revisited,” which involved new information casting further doubt on that alleged extinction catalyst. He demanded that I discuss shocked quartz, a subject that had been posted here less than a year previously. He did not (I believe he could not) deal with the material at hand, so he attempted to use a red herring. His “logic” led to the conclusion that the writers of the linked articles and I were lying.

No, it is dishonest to ignore the content and attack creationists.

More than once, I’ve seen a Darwin disciple copy material from evolutionary sources, then paste and evo-splain to us as if he had the thoughts all by his lonesome. If you’re going to quote from popular science sites and things like Wikipedia, at least give credit, mmmkay? Otherwise, it’s more anti-creationist dishonesty.

Another related item is when atheists find Christians that agree with evolutionary positions, or hold to views that they consider worthy of ridicule. The conclusion for them is that creation is wrong, biblical creationists are lying to get people to believe in God (who is holy and hates lying), or that since there are nutty people professing to be Christians, the Bible is wrong. This kind of bad thinking often implies that God does not exist. However, those are straw man arguments and red herrings, again ignoring the subjects at hand.

For example, some professing Christians misuse Scripture and say that the earth is flat because “that’s what the Bible teaches”. This concept is thoroughly refuted, but you can find atheists who will use fringe elements like this for their own purposes of ridiculing biblical creationists. We could do the same thing by citing examples of murderous atheists such as Stalin, Mao, Lenin, the Santa Fe (Texas), the atheist that cheered the killing of Christians in another Texas town, and Roseburg (Oregon) killers were atheists. However, we do not generalize that all atheists will kill Christians. The exception is not the rule, and such poor reasoning is an example of hasty generalization.

Related to this is the idea of useful idiots, a term used by the Soviets in regards to their Western supporters. Professing biblical creationists and other Christians give aid and comfort to the enemies of God. They have agreed with a small point of complaint from an angry atheist, and the atheist uses it, adding, “…and he’s a YEC!” or somesuch. Don’t be disunderstanding me, I don’t say that creationists need to stick together no matter what. They need to keep in mind the New Testament teachings on how to treat brothers and sisters in Christ, and not be aiding unbelievers in their rebellion against God.

Sometimes, we get atheists pretending to be Christians so they can promote evolution. Other times, we have theistic evolutionists with vituperative attacks and misrepresentations of biblical creationists. It becomes difficult to tell the two apart, but when someone claims to know about creation science (or even Christianity) but demonstrates massive ignorance, I suspicion that’s a “never was” owlhoot. Take a look at the foolishness examined in “A Response to ‘Talking Science as Christians'”.

One more similar point is when atheists and other anti-creationists appeal to authority and turn them into useful idiots for the Darwin brand. “The Pope believes in evolution!” I don’t care. The Pope, the Archbishop of Canterbury, a pastor down the street — the ultimate authority for biblical creationists is the Word of God.

When engaging in a debate (a real one, not swatting at groups of trolls on teh interweb), a good working knowledge of the opponent’s position must be attained. The other person’s position must be accurate represented (which is almost never done by atheists and evolutionists like this jasper). Engaging in majoring on minors (the intellectual equivalent of “typo pouncing”) should not be a part of the discussion. Rather, the points of engagement should focus on the strongest part of the opponent’s position. After all, if you can’t dismantle those, you don’t have much to offer in the way of opposition, do you? When someone takes the creationary argument, injects deep time and evolutionary presuppositions, then demands that we defend a position that we do not hold, that is a straw man. Let us explain our point of view based on our our own presuppositions, old son. You argue from your presuppositions and materialistic worldview, but somehow, it’s wrong for us.

Again, the origins controversy is not about evidence. It is a spiritual issue. Since atheists and evolutionists do not want to admit that God exists and they are accountable to him, they corrupt science and logic in their efforts to maintain their flawed worldviews. Stay alert for misrepresentations, distractions, topic hijacking, and other things While some are intellectually honest, many need to be firmly guided to stay on topic. Otherwise, I strongly recommend moving on so you are not wasting your time. You have more important things to do. 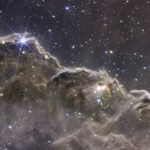 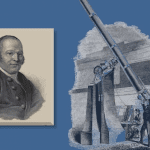