The Creation Astronomy Now Podcast is a semi-monthly podcast from CreationAstronomyNow.com. Creation Astronomy Now is a unregistered non-profit organization dedicated to spreading the truth of intelligent design in the universe, as well as giving creation astronomers a better alternative to the evolutionary astronomical News and updates proved by the world. Outreach efforts include an up-to-date News Site with observing updates, a semi-monthly astronomy podcast, and a weekly enewsletter. 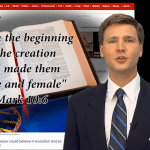 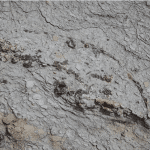