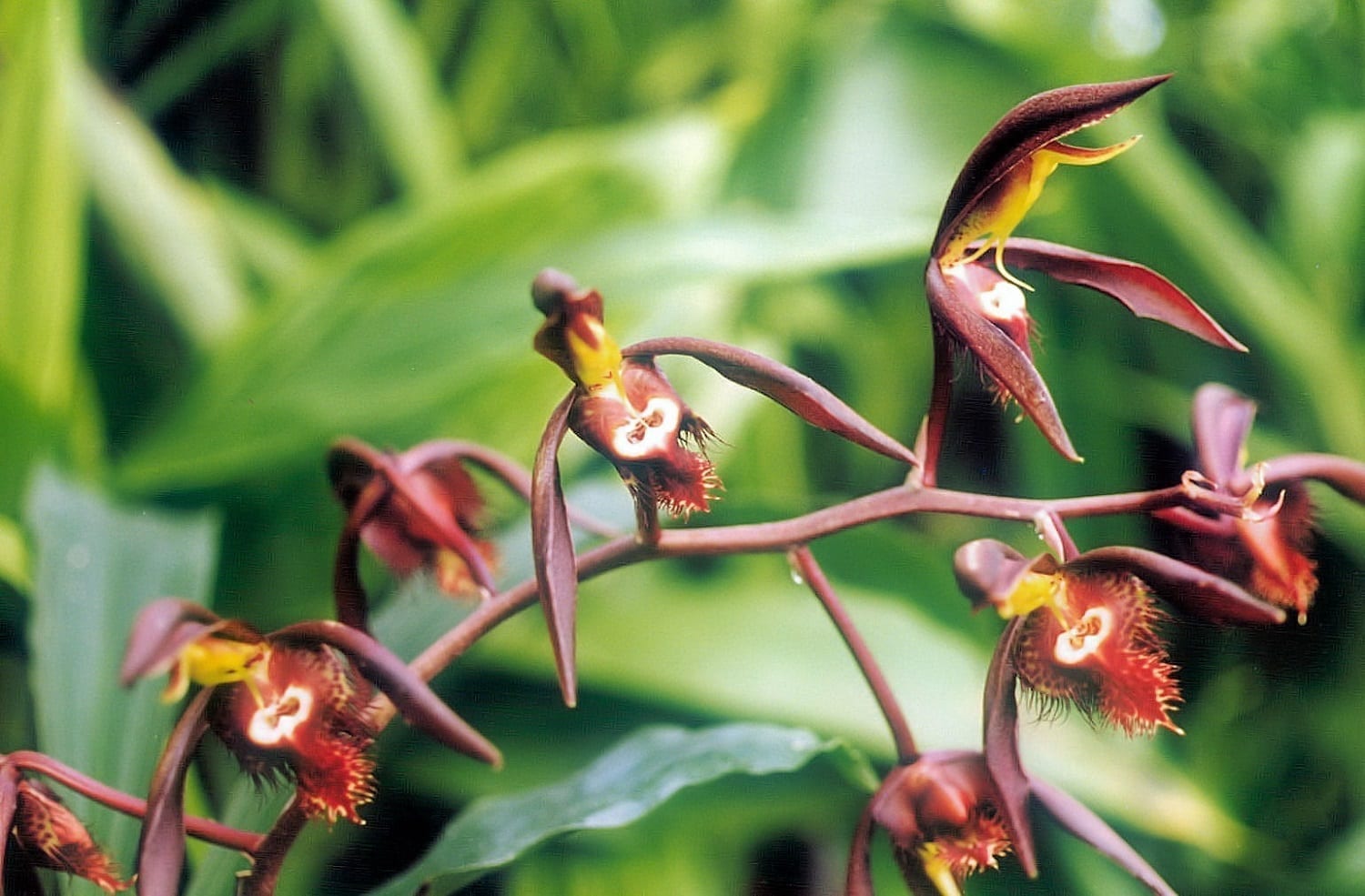 [Editor’s note: Although the point should hold merit that: If some orchids developed this useful mechanism, why didn’t the rest? Evolutionists have ready answers for it (late development is the easiest). But the article still stands as far as this flower’s amazing design and the impossibility to explain how a brainless flower could ever slowly build a mutation load powerful enough to develop this mechanism by blind chance.]

Back in 2009 Science News, the online magazine of the Society for Science and the Public, published an article entitled “Bent Innards Give Orchid Its Kick” (Milius 2009). It is an article touting the amazing capability of Catasetum saccatum. Like others in its genus, this orchid has a very special mechanism for ensuring that mass quantities of its own pollen will find its way onto the backs of visiting bees, thereby insuring the propagation of the species to which this orchid belongs.

Like so many other so-called evolutionary mysteries, such as:

The evolutionist is forced to believe that somehow this species of orchid has developed a mechanism that works like a spring loaded delivery system when the long hairs in the orchid are triggered by the landing bees. Wendy Silk of the University of California at Davis is quoted as saying, “It was just wonderful to see this mechanically complex problem dissected and explained.”

The researchers, Harvard colleagues Fulop and Dumas, reported that they discovered the power behind these orchid’s pollen delivery system is derived from a bent piece of tissue attached to the pollen mass. They speculate that if this mechanism was scaled up to human size, it would be the equivalent of being hit with a lump weighing 6 to 16 kilograms [13-35 lbs], the heft of one or two bowling balls moving at up to 8 kilometers per hour [5 mph].

While most sources report around 30,000 species of orchids exist, only a small percentage of orchids fling their pollen. Fulop went on to explain that the 150 species of Catasetum do so with particular finesse.

Which begs the question, if this is such an advanced and complex mechanism produced by that all inclusive explanation, natural selection, then why only 150 or so species?

Why didn’t this evidently important evolutionary adaptation get passed along to most, if not all, the other thousands of species of orchids? Even if we believe the evolutionary “just so” story of proto-orchid evolution during the late cretaceous period some 99 to 65 million years ago, the failure to pass along this evidently superior pollen delivery system as natural selection predicts they should, is question that evolution, up to this point, has not adequately answered.

This is yet another in a long line of examples of evolutionary pseudoscience. While the mechanism is complex and very likely irreducibly complex, as is Dinonaea muscipula, more commonly called the Venus flytrap, the evolutionary faithful simply ignore the obvious implications because it does not agree with its own preconceived worldview of atheistic naturalism. They can marvel at the miracles of the female deity of Darwinism, Mother Nature, but ignore the more scientifically accurate explanations of intelligent design and creationism because of their devotion to naturalism, the underlying foundation of all things Darwin.

From the perspective of good science, science that excludes no data, no explanation outright due to its implications, we can clearly see the hand of our Creator, the One who is infinitely wise and loving. Our great God and Savior, Who desires that all living things fulfill His purposes for them, to be fruitful and multiply. This same Creator, when He saw all He had made in the beginning, declared it to be very good.