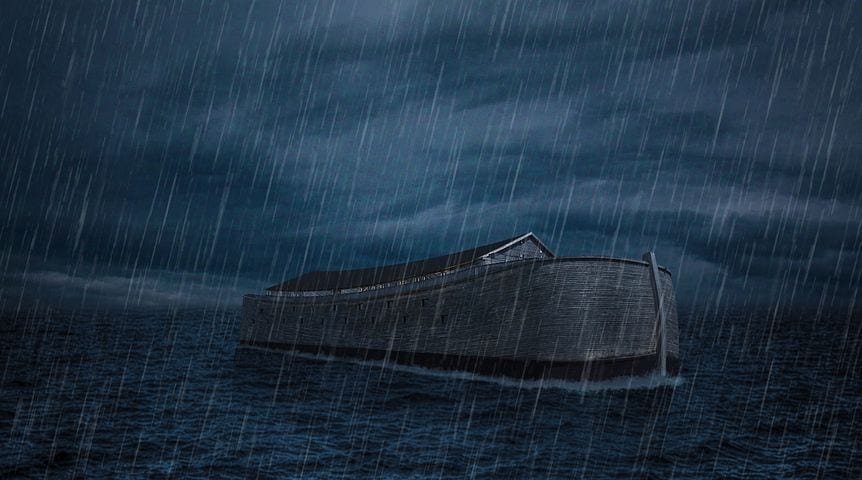 [Originally published as Just How Big was Noah’s Ark?]

With the grand opening of the Answers in Genesis’s new exhibit, the Ark Encounter in Williamstown, KY, warnings were quickly issued to the public schools to beware of sending their children on a field trip to see this life-size replica of Noah’s Ark. The warning was issued by The Freedom From Religion officials who sent out more than 1,000 letters. Both local school districts acknowledged receiving a memo that this group sent to Tennessee, Ohio, and West Virginia. It warns public schools against organizing trips to the Ark Encounter in Williamstown on the grounds that it violates constitutional church and state separation.

The letter said in part, “In short, it is unacceptable to expose a captive audience of impressionable students to the overtly religious atmosphere of creationist Ken Ham’s Christian theme park.”

There was no mention of the fact that public schools regularly expose this same “captive audience” to a modern fable of pseudoscience where life spontaneously comes into existence by means unknown, and then an allegedly primitive single-cell organism manages to morph itself into every living creature that has lived or is living on planet earth.

Never mind that the common ancestors for all of these different plants and animals are, with a few contested examples, entirely missing. We must also turn a blind eye to the fact that the means proposed for this transformation, natural selection (the survival of the fittest) and the ever-elusive beneficial mutation, have long since been challenged by prominent evolutionists and others as being insufficient to produce the changes proposed for molecules-to-men Darwinian evolution.

While threats concerning violation of the Establishment clause of the Constitution are usually based on an incorrect understanding of what the Constitution has to say about this subject, most school administrators are also ignorant about the actual law. For this reason, most school officials will cave in to these intimidation tactics fearing costly lawsuits.

How Big Was It?

People, even from secular backgrounds, remain very curious about Noah’s Ark. One of the more common questions associated with Noah’s Ark has to do with the size of the vessel and its capabilities with regard to its task of safeguarding the animals during the worldwide cataclysmic flood described in chapters 6-9 of the seminal book of the Bible, the book of Genesis.

There have been scholarly attempts to discern the capabilities of a vessel that would be built to the exact specifications in the Bible. The length-to-width ratio used for the construction of the Ark in God’s Word is 6:1. This happens to be a very common ratio used in the construction of sea-going vessels until modern times when stronger building materials actually allowed a ratio of 8:1 to be used in larger ships.

A common question is aimed at the number of different animals that could be carried to safety on the Ark. The Bible is clear that it is nephesh chayyah (Hebrew for living being or soul life) that God had designated for rescue on the Ark. One of the attributes associated with this term has to do with the category of living organisms that breathe air [with lungs], so it is not necessarily speaking about plants, insects, fish, etc.

Another concern is for space. What about the larger animals like dinosaurs, elephants, and others? There is a popular misconception that all dinosaurs were large. The truth is that most dinosaurs were the size of a chicken.

There is a popular misconception that all dinosaurs are large. The truth concerning this matter is that most dinosaurs were the size of a sheep, or even as small as a chicken. Also, dinosaurs and large terrestrial animals did not have to be adults when brought on the Ark.

There are systems that can easily be constructed that would make the care of these animals much easier. What is known from feasibility studies is that Noah’s Ark was big enough, seaworthy enough, and in all ways sufficient to provide protection for the human race as well as the animals God would protect and shelter during His judgment that destroyed the world with a flood.

For this they willfully forget: that by the word of God the heavens were of old, and the earth standing out of water and in the water, 6 by which the world that then existed perished, being flooded with water. 7 But the heavens and the earth which are now preserved by the same word, are reserved for fire until the day of judgment and perdition of ungodly men. II Peter 3:5-7 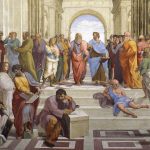 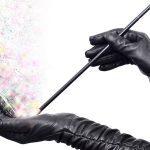