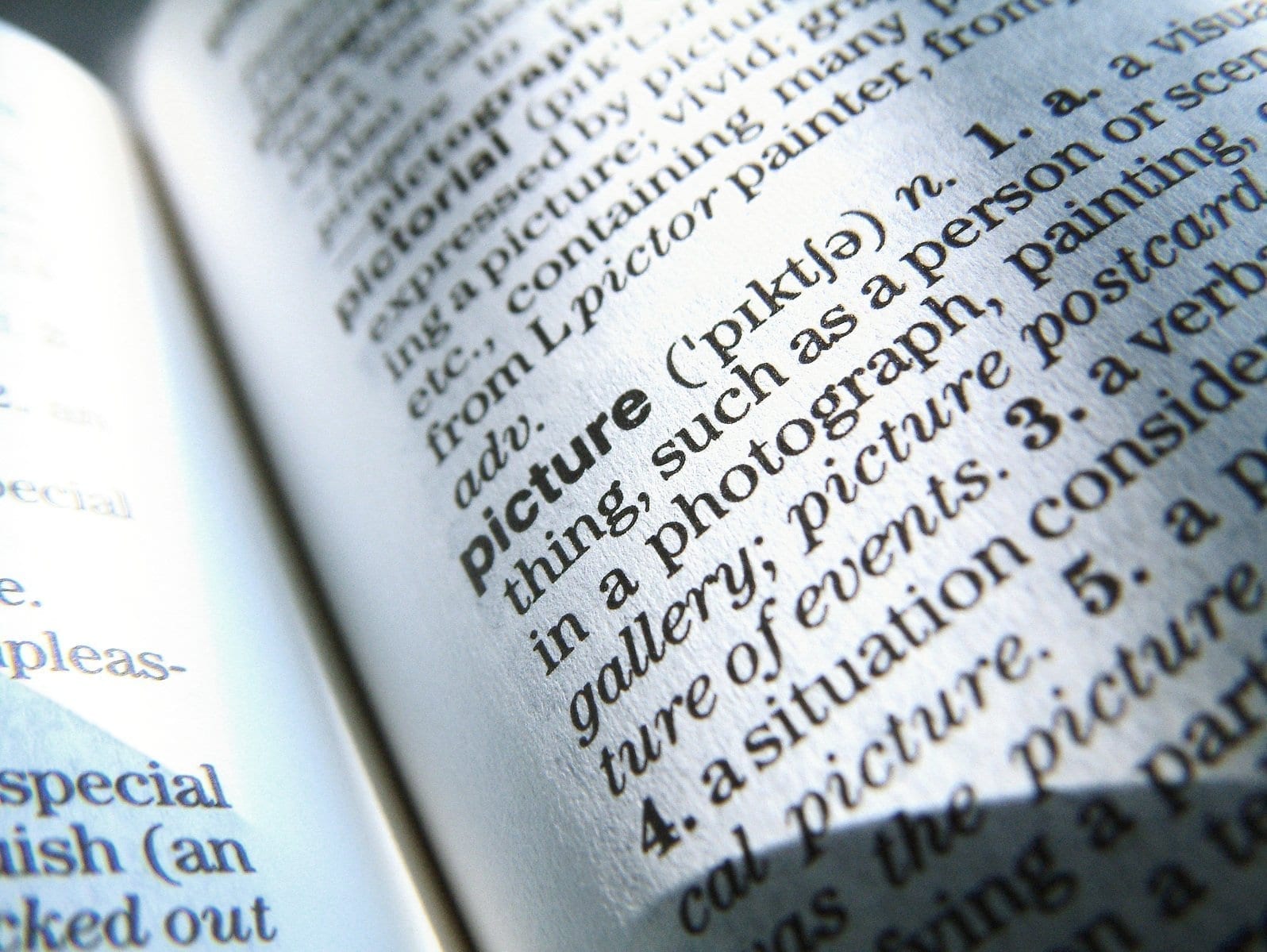 Many years ago, I was having an argument with someone that continued off and on for about three days. We suddenly realized that the argument was futile because we were talking about the same thing and in agreement! The good part of what could have been wasted time is that I learned something valuable:

What is often the first step in clarifying a subject under discussion is to define words properly.

There is a scene in the 1980 movie Airplane! where reporters were asking questions, then said, “Okay, boys, let’s get some pictures,” and proceeded to remove pictures from the walls. The operative word was get, and they used it to mean obtain rather than photograph. Get the picture? Now I made things worse by using an idiom for, “Do you understand the concept?” (But y’all are intelligent folks and figured out those things.)  This humorous example shows how definitions can make a difference.

Now, don’t be disunderstanding this, child.

We do not have to act like science fiction androids and constantly require definitions, because that would make conversation extremely difficult. It would also make writing articles exceptionally time-consuming by finding and inserting links to unnecessary definitions. The context is important. Sometimes just knowing a paper or site has a specific purpose tells us what to expect.

We often know what someone means to say even when that person is imprecise. In many cases, we must make some assumptions about our audience, and expect them to have basic comprehension skills—as well as vocabulary (and maybe even some imagination). I am doing that about you right now.
Even so, we may have to holler, “Whoa!” and rein in to ask, “How do you define that word?”

We may have to say, “Of course, when I use the word picture, I mean the first definition in the dictionary.”

Someone can say, “You are such a materialist,” and be speaking about the accumulation of wealth and possessions. More philosophically-oriented people may be inclined to think about the materialist worldview in Dictionary definition 2.

My wife said she was talking with her sister. She meant that she was having an exchange of text messages. That is technically erroneous, but common nowadays, and when people say “talking” when they could say “communicating”, we know what they mean. Leave it alone, no need to be pedantic and correct people.

There was a time when I wrote a great deal of political material on my (then) primary weblog. I frequently discussed conservatism and liberalism. A reader from Europe cautioned me that the word liberal had a different meaning over there, and suggested that I use leftist instead. That was good, but incomplete relating to international definitions. Since then, I learned that conservative has different meanings on the international stage. I had to rely on people understanding that I was writing about American political matters.

To add to the mix, I saw a social media profile where someone referred to himself as a classical liberal, which diverged from modern American liberalism. See how I was very specific in that last sentence? 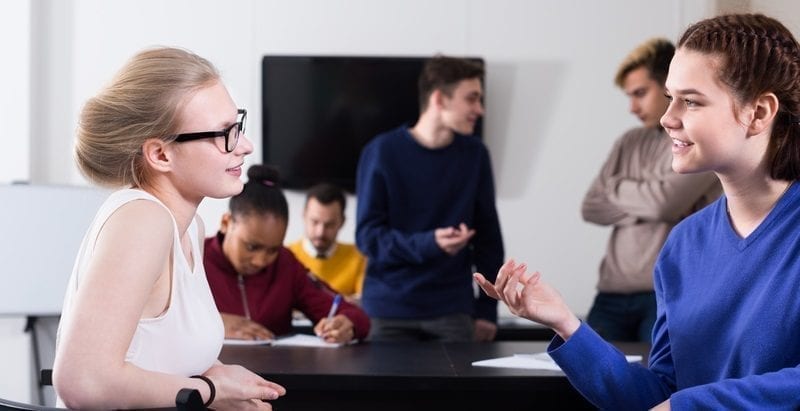 When we are doing apologetics, we must be even more careful with our definitions. For example, you can have a Fundamentalist Protestant, a Roman Catholic, a liberal theologian, and a Mormon in a discussion. All could agree with the statement that “Jesus is the only way to salvation,” but there is a prairie schooner-full of assumptions made on the part of each participant.
It turns out that there is actually no agreement among them.

The word atheism was defined for many years as “belief that there is no God or supernatural beings.” Since apologists showed that such a position cannot be logically and consistently defended, atheism has since been conveniently redefined as “lack of belief” to imply neutrality. Such a view is even more untenable than the one in the standard definition.

Nothing. Since true professing atheists are, generally speaking, materialists, they must believe in evolution and other secular miracles. (I was extra specific by saying “true”, because in surveys, many atheists admit that they believe in the supernatural and some kind of higher power and have superstitious beliefs.) They also believe that nothing created everything.
When we point this out to atheists, many vehemently deny it, but evidence shows otherwise. People like Dr. Lawrence Krauss and others have conveniently redefined nothing to mean something else that is the opposite of nothing.

Vestigial organs/structures have long been defined as leftovers from our evolutionary past. This speculation comes from presupposing evolution as well as from scientific ignorance. Today, we know that almost all alleged vestigial structures are useful after all. (Darwinists may not have such problems if they had the starting point used by biblical creationists: if something is there, it is there for a purpose. But that is anathema to the fundamental tenants of traditional evolutionary thought: there is no purpose, direction, or design in organisms.) The vestigial argument is fading away, but people like Dr. Jerry Coyne and others have redefined the term so that things can be vestigial and functional, but no longer perform their original functions.

I should point out that I have been using the word Darwinism as a convenience. Many people, whether creationists, evolutionists, or otherwise, do the same. It gets mighty awkward to constantly say or write “the neo-Darwin synthesis” or similar terms. This is another area where we expect people to know the subject under discussion without constant clarification — especially on sites dealing with origins.

When it comes to evolution, people will say something like, “Evolution is observed always in every organism ever without fail.” This is a big problem because evolution has many meanings. Proponents of muck-to-materialist evolution lean toward neo-Darwinism, while others see variation and change as examples of evolution. Dr. Richard Lenski conducted experiments on bacteria and they were hailed as evolution, but only had variations on bacteria; they did not turn into fruit flies or some-such.

We have to watch for the old bait-and-switch (equivocation, or its close relative conflation), where Darwinists will exchange evidence of variation and speciation (more about speciation and the bait-and-switch). I have encountered people who insist that since I accept variation, then I also accept common-ancestor evolution. That’ll be the day!

As apologists and biblical creationists, we must be willing to do some research so we understand what we are talking about. Then we have to watch for proper definitions of terms in certain situations, and we on guard for the danger of someone changing definitions during a discussion. We often need to lasso the correct terminology so we can communicate. Remember, the purpose of apologetics is not to win arguments. More importantly, we are here to glorify God and give reasons for the gospel message. 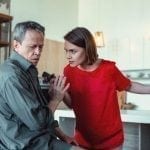 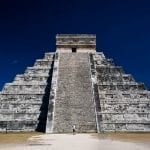