The life and legacy of Charles Darwin is celebrated on his birthday each year on February 12. Secularists, and even some churches, hold “Darwin Day” celebrations across the Western world to commemorate the ideas of Darwin that have shaped modern scientific thought since the publication of On the Origin of Species in 1859.

Sadly, Darwin’s life and work has left an anti-God legacy that continues to this day. Darwin’s ideas have largely taken over the scientific community and the result is little room for opposing views, such as biblical creation. But Darwin was wrong! Life did not arise naturalistically. Life was created by God fully formed and functioning from the beginning.

This year, in response to Darwin Day, Ken Ham, CEO and president of Answers in Genesis, the Creation Museum, and the coming Ark Encounter, named February 12 “Darwin Was Wrong Day.” I wrote an article about that for Answers in Genesis that you can read here.

In honor of Darwin Was Wrong Day, I did a live webcast that was later posted to Youtube. This video discusses some of the major scientific problems with evolution and shows that the evidence confirms a biblical view of Earth’s history. Although it is now past Darwin Was Wrong Day, I encourage you to check this video out and share it with your friends. 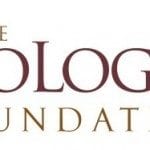 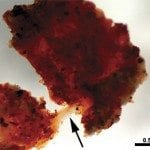