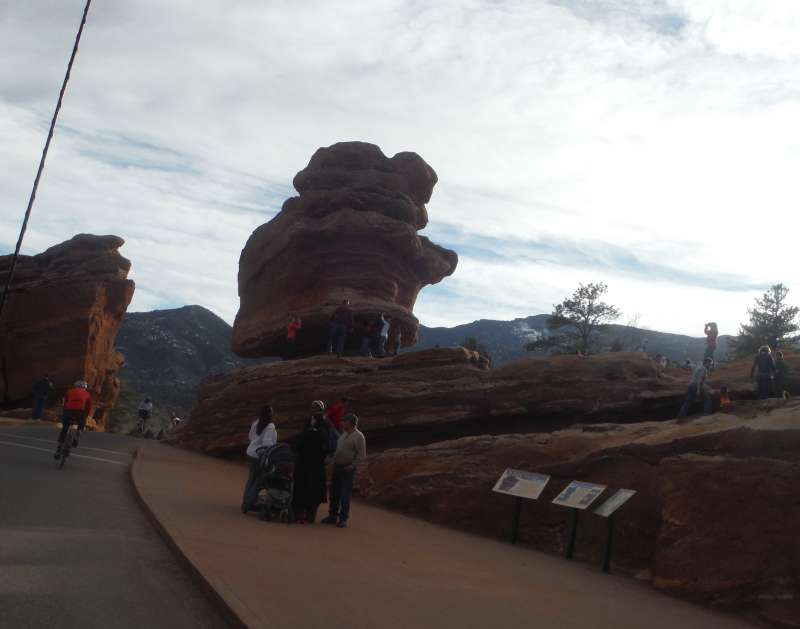 The throng of tourists swarming around the massive, precariously posed boulders was a stark contrast to the quiet, peaceful trails at the grouping of incredible rock formations in Colorado, called “Garden of the Gods”.   Last week, we discussed how the jagged chunks of sandstone sticking up out of the ground at “Garden of the Gods” are better explained by the catastrophic global flood induced by the One True God (read about that here). One very interesting attraction in this natural landmark that confirms the reliability of the Biblical flood account is formations like the famous “Balanced Rock”.

“Balanced Rock” is carved out of a rock layer called the Fountain Formation Lyons conglomerate, which is considered one of the older layers at “Garden of the Gods”.   A conglomerate is, quite simply, a gathering of pebbles and mud cemented together, and this Fountain Formation layer must have been laid down during the global flood.  After the major catastrophe, it probably took a while for earth’s climate to stabilize into what we have today.   The draining flood waters and localized catastrophes just after the flood would have caused a lot of erosion, wearing down upper layers.  Acids in the water, changing temperatures, and changing pressures caused cracks to form in this layer and many others.  The other rock pieces that originally were part of the “Balanced Rock” formation broke away, but the huge boulder was left standing.

Another interesting thing found at “Garden of the Gods” is a dinosaur fossil that has not been found anywhere else (according to their official website at the time of this writing) of the species Theiophytalia Kerri.  These fossil remains were originally discovered in 1878 by James Kerr, but were taken to Yale by dinosaur paleontology pioneer, Othniel Marsh (more about Marsh and his iconic rivalry here) and misidentified as a Camptosaurus.  It wasn’t until over a century later, when the fossils were loaned back to Colorado to get a precise cast of the fossil made for “Garden of the Gods” that the true identity of the dinosaur was discovered.

This dinosaur fossil is a testament to the fact that the amazing geological things we see here, and all over the world, are a result of the righteous judgment of the God, which meant a lot of death and destruction.  Sadly, when Adam and Eve chose to rebel against God, death and destruction entered into our beautifully perfect created world.  Completely unlike false gods frequently associated with these geologic wonders, the One True God (YHWH) is tenderly compassionate and merciful, even in His righteous judgment.  Although the flood was a horrific thing, God, in His mercy, made stunningly beautiful and useful formations out of it all over the world.  Like “Balanced Rock”, there are many other rock formations that seem precariously positioned and they all serve as  monuments to the righteousness and grace of our Lord and Savior  – similar to many of the monuments or memorials people throughout the Bible made to remember God and the things He has done. 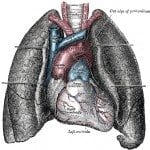 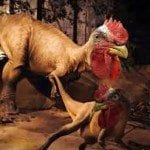