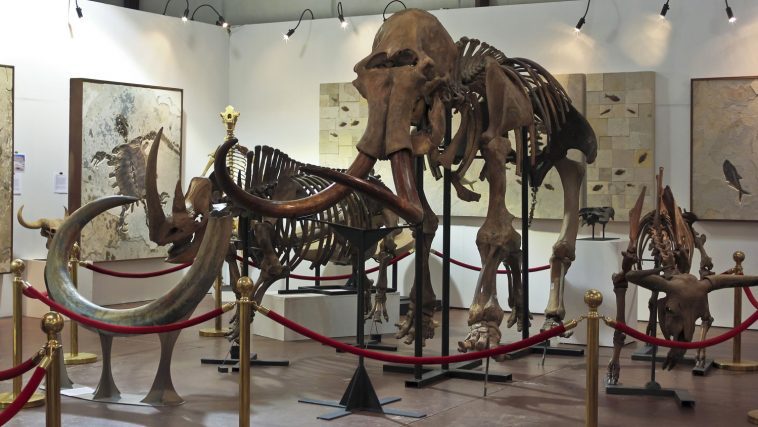 Another possible solution for disharmonious associations in Ice Age deposits

There are fossil beds that contain mainly dinosaur bones such as Dinosaur National Monument in Colorado, others that contain mainly fish like Fossil Butte in Wyoming. But, then there are the puzzles of paleontology – those beds which are filled with animals and plants that don’t belong together. These are referred to as disharmonious associations.

Disharmonious associations are those fossils which are in the same bone bed (fossils are associated) but the living organisms are not found together (since they don’t belong together they are called disharmonious). In other words, their bones are found together but they do not typically live together. These beds are not as rare as you may think.

Scientists are scrambling to explain how hippos could have survived in the cold European environment alongside reindeer and woolly mammoths. Climate change offers the best explanation. But regardless of how much it is touted as fact, is it really feasible that earth’s climate could have been so radically different in the past? Although there are many factors that work together in determining an area’s climate, the main factor is the heat, or lack thereof, coming from the sun. Due to the tilt of earth’s axis, the amount of sunlight and its intensity follows a defined cycle throughout the year. Even if warm ocean water and currents somehow brought heat to northern Europe, there is still the problem of the lack of sunlight for plant growth. What was the food source for all these animals during the winter months?
In an earlier article, Do Arctic Fossil Forests Prove Trees Grew near the South Pole? the fossilized trees found in Antarctica were shown to be in burial position, but not necessarily growth position. This idea can be taken a step further in the discussion of disharmonious associations.
When looking at earth’s geology in terms of the Flood and considering the fact that every land-living, air-breathing animal, bird, and man died, except for those on the ark; the question must be asked, ”What happened to the remains of those animals that died during the Flood?” Considering the fact that most animals can swim and dead animals float, is it not logical to assume there would have been huge islands of floating trees and carcasses during the Flood? Wind and ocean currents could have transported these carcasses thousands of miles from where they had lived.
The amazing journey of the 28,000 rubber ducks that were washed into the Pacific Ocean during a storm in 1992, illustrated how quickly currents will carry floating debris around the world. Within 15 years they had washed up on every continental shore.
Although over simplified, this explains the fossil order found in the geological column. While the carcasses were afloat, the lower strata which contain oceanic invertebrate fossils were being laid, fish
were buried next, and the trees and mammals as they sank or were beached on the raising continents were buried last.
There is no need to explain how hippos could have lived in England, when the Flood explains how their bones became buried there. It also makes sense as to why today there are only hippos found in Africa, but there fossilized bones are found throughout the world. There could have been millions of hippos on the earth at the start of the Flood and their remains were buried wherever they sank but there were only 2 hippos on the ark and they headed to Africa after disembarking.

In the ark all were safe and sound

But outside it’s walls all else had drowned.

The beautiful world that God had made,

For God could not allow wickedness to be.

Oh, how He grieved while destroying His creation,

When splitting asunder its very foundation,

Watching layer after layer of mud and debris being laid,

Beneath man and beast’s watery grave.

Oh, if only  people would learn to behave.

It’s not hard to imagine what could have transpired;

What thoughts the turbulent sea inspired.

While watching the death of those who had strayed,

I can almost hear God the Father say,

“My Son, my Son, how shall we teach them to obey?”

And His reply, “Let’s turn these trees to stone

And preserve the animal’s bone.

Then, as the waters from land recede,

It will channel through the muddy ground

Uncovering the fossils so they’ll be found.

Generations that come and go

will have no excuse but to know

For there in the rocks they will clearly read

the story of this destructive day.

They’ll be reminded of their need to learn Your will;

and Your will obey.

For only by following Your instruction

Will man be saved from utter destruction

As some were on this day.” 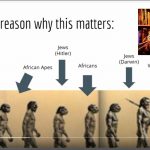