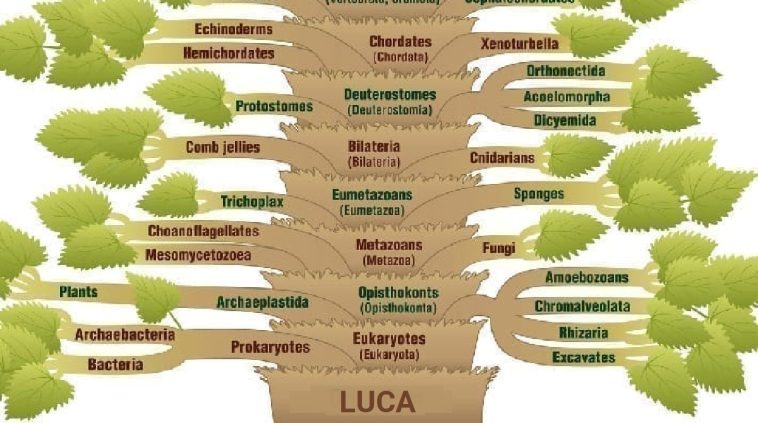 A new and unanticipated evolution dilemma now follows the wake of a massive new microbe discovery. Using a new technique, the number of known bacteria has been “bolstered by almost 50 percent,” according to a new article by Kevin Hartnett published in QuantaMagazine.org

With a series of successively smaller porous filters, the University of California Banfield Group at Berkeley discovered a massive number of tiny “bacteria representing > 35 phyla… that consistently distinguished these organisms from other bacteria.” Travis Bedel’s illustration displays the magnitude of the discovery. These newly discovered ultra-small microorganisms, however, accentuates the long-standing dilemma between the theory of evolution and the scientific evidence.

Unlike any known bacteria, the biochemistry of these tiny bacteria is unique — starting with their DNA. “All the organisms they found have very short genomes,” according to Hartnett, “about one million base pairs (compare that to E. coli, which has about five million), and they all have a minimal metabolic function, requiring them to use fermentation to generate energy.”

Somehow, these tiny bacteria lack many of the essential biosynthetic pathways to produce nucleotides and amino acids. “They must be dependent on other organisms in some capacity to survive. This also explains why no one’s been able to grow them in the lab,” Chris Brown said, a member of the Banfield Group.

Hartnett reports that “researchers [have] divided the 789 newly discovered tiny bacteria into 35 phyla – 28 of which were newly discovered – within the domain bacteria” based on genetic similarities. “With these new additions, there are now roughly 90 identified bacterial phyla.”

The available evidence investigators used to classify these organisms are only estimates since the criteria for classification only required “at least 75 percent of their [genetic] code in common.”

The research, however, has only just begun. Investigators studying these tiny organisms estimate “With these new additions, there are now roughly 90 identified bacterial phyla. This is a lot more than there were a year ago, but also far fewer than the 1,300 to 1,500 phyla that microbiologists estimate we’ll have once a complete accounting is finished.”

The discovery of a new species, however, is straightforward compared to the complicated task of attempting to retrofit the evidence into an evolutionary paradigm. As Hartnett explains,

The discovery of new organisms is fairly cut and dried: Either you’ve found one, or you haven’t. Cataloging organisms, fitting them into the tree of life, involves more judgment calls.

Applying Darwin’s simple tree analogy, however, remains an elusive task requiring an ocean of “judgment calls” — not a good sign in the realm of science. Scientists have yet to agree on any tree of life model. This explains why a common ancestor in Bedel’s base trunk of the tree and branches in the illustration is entirely missing. Common ancestry continues as an evolution fantasy. Banfield can only hold on to hope –

I think that much of the tree of life will come into view in the next few years.

These tiny bacteria further illustrate the massive gaps between the theory and the evidence for evolution. In the evolution industry, however, the bad news spells good news ― job security. As Hartnett explains:

Rubin [Edward Rubin, director of the U.S. Department of Energy’s Joint Genome Institute] thinks that the development of tools like the ones used in the new study makes the search for life ‘a growth industry,’ and he thinks it’s likely that growth will occur in surprising ways.

The evolution industry keeps surviving as each new evolutionary dilemma is discounted, then hailed as an opportunity.

This principle of common ancestry forms the cornerstone principle of evolution. “The central idea of biological evolution,” according to the University of California Evolution 101, “is that all life on Earth shares a common ancestor.”

Ironically, however, among the 49 tree of life Evolution 101 drawings, not a single tree (0%) includes the name of a common ancestor. The micro-bacteria article’s colorful indeterminate tree illustration highlights the ever-plaguing evolution dilemma — common ancestors exist only as a fantasy on the pages of biology textbooks. 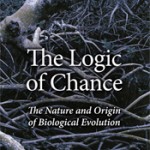 In his latest book, The Logic of Chance (2011), Eugene Koonin points out the now obvious fact: “No consensus exists on the nature of the LUCA [last universal common ancestor].” Bedel wisely escapes speculating on a common ancestor.

Amazingly, in Undeniable: Evolution and the Science of Creation (2015), even Bill Nye succinctly recognizes this problem in microbes―“viruses do not have a common ancestor.”

American physicist, Lee Spetner, in Evolution Revolution, Why Thinking People Are Rethinking the Theory of Evolution (2014) notes: “there is no accepted evidence for Common Descent [common ancestry].”

Lynn Margulis, awarded the National Medal of Science in 1999, was not a common ancestor advocate. Commenting on population genetics in an interview by Suzan Mazur, she argued forcibly against the Evolution 101 house of cards:

The notion is that if we accumulate enough gene change, enough genetic mutations, we explain the passage from one species to another. This is depicted as two branches in a family tree that emerge from one common ancestor to the two descendants. An entire Anglophone academic tradition of purported evolutionary description was developed, quantified, computerized based on what I think is a conceptual topological error.

Ironically, from within the bastion halls of UC Berkeley, Banfield Group’s massive microbe discovery only further highlights the insurmountable dilemma facing the evolution industry. Discoveries paint only one clear picture: evolution’s common ancestry theory is following the fate of the Piltdown man.

Among the logical, the evidence against evolution is now beyond the critical point — exhausting the industry’s eternal “someday” argument. 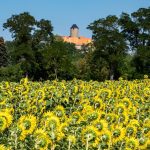