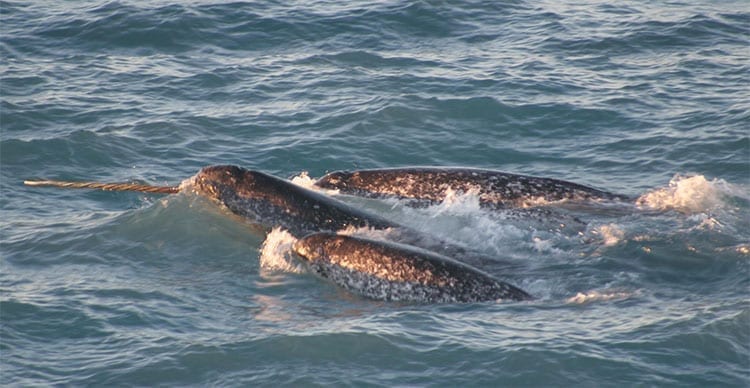 [Originally published as What Is the Function of a Narwhal’s Tusk?]

Back in April, I spoke at the Ohio Homeschool Convention. It is part of the Great Homeschool Conventions, at which I have been fortunate to be a regular speaker. This year, the convention graciously allowed me to do my favorite kind of presentation: A Question/Answer Session.

I have done them at other conventions (see here, here, and here), and I always enjoy them, usually because I learn something. I open these sessions by simply asking for questions, and I tell the audience that the questions can be about anything. If I can’t answer a question, I am happy say the three words any scientist should be totally comfortable saying, “I don’t know.” I also tell them that if I have to say those words, I will try to find the answer later and post it on my blog.

That’s what happened at the Ohio Homeschool convention. One of the audience members asked me what a narwhal (Monodon monoceros) does with its horn. I had to tell him that I don’t know. I did tell him that it isn’t really a horn. In fact, it is an elongated tooth. I speculated about a couple of possibilities, but I couldn’t say anything for sure. That was a few weeks ago, and I have been pretty busy since then. However, I have wrapped up both the Thermodynamics course I was teaching at Anderson University, and the online classes I have been teaching this year, so I finally got around to investigating narwhals.

The short answer is that we still don’t know what a narwhal does with its tusk. The long answer, however, is much more interesting.

In 2014, a team of scientists, including an expert in marine dental structures, Dr. Martin T. Nweeia, studied the tusks of living narwhals in detail. They found that just like any other tooth, the narwhal’s tusk has a permeable outer layer. This allows seawater to travel into the pulp of the tooth, where there are all sorts of sensory nerves. They decided to test how the narwhals reacted when only the tusks (not rest of the narwhals’ bodies) were exposed to different kinds of water. They found that the higher the salt concentration in the water, the faster the narwhal’s heart would beat.

What possible use could this have for the narwhal? Well, narwhals live in arctic oceans, which can freeze. When saltwater freezes, the water ejects the salt, so that the actual frozen part is composed of only water molecules. As ocean waters freeze, then, they get saltier. When sea ice or glaciers (which are formed by fresh water freezing) melt, there is suddenly more salt-free water in the ocean, so the water becomes less salty. Thus, the scientists claim that at least one of the functions of the narwhal’s tusk is to indicate whether or not the ocean water is freezing. If it is freezing, the narwhal should move to waters that aren’t freezing.

Now I don’t think this is a really definitive conclusion, because the narwhals were in captivity. As a result, the observed response might be quite different from what the narwhals experience in the wild. However, the study does show that the tusk is sensitive to the amount of salt in water, which demonstrates that it has some kind of sensory function. With that in mind, you might want to take a look at recent drone footage of narwhals feeding:

It is a bit difficult to see, but the narwhals are eating cod (the squiggly things near the surface of the water). They move their tusks around, eventually hitting a cod. The cod that are hit seem stunned, which makes them easier for the narwhal to eat. The video stresses how the cod are stunned by being hit, but I wonder if the tusk is actually sensing chemicals in the water to tell the narwhal where the cod are. Please note that we don’t know if it is just the force of the hit that stuns the cod or something else that the tusk is doing.

Now the big problem with assuming that it must be an important sensory organ is that typically, only males have tusks. Some females have them, but that is rare, and when they occur, the female tusks are usually smaller than the male tusks. How do females survive without such a sensory organ? Well, narwhals are social creatures, living in groups (called pods) of usually less than 20 members. However, multiple pods often come together so that at times, there can be 100 or more narwhals together. It’s possible that the males of the pod do the sensing, and the females of the pod follow the males. The problem with that explanation is that there are some all-female pods. How do they survive without tusks? Well, it’s at least possible that the all-female pods meet up with pods that contain males in order to do their serious hunting.

Since tusks are typically a male characteristic, you might think they have something to do with attracting a mate or aggressive behavior against other males. That’s what Charles Darwin suggested. A 2014 study indicates that males with longer tusks have more massive sexual organs, so the tusks might be a way that males display their reproductive strength. However, if that were the main function of the tusk, it probably wouldn’t have all those sensory nerves. In addition, while some male narwhals have been found with broken tusks (suggesting aggressive behavior), other males have been seen rubbing tusks in a non-aggressive manner that suggests communication instead of fighting for dominance.

As you can see, then, this is one of the many mysteries of God’s creation that hasn’t been solved. Nevertheless, scientists’ search for an answer is fascinating! 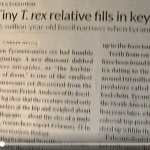 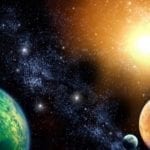