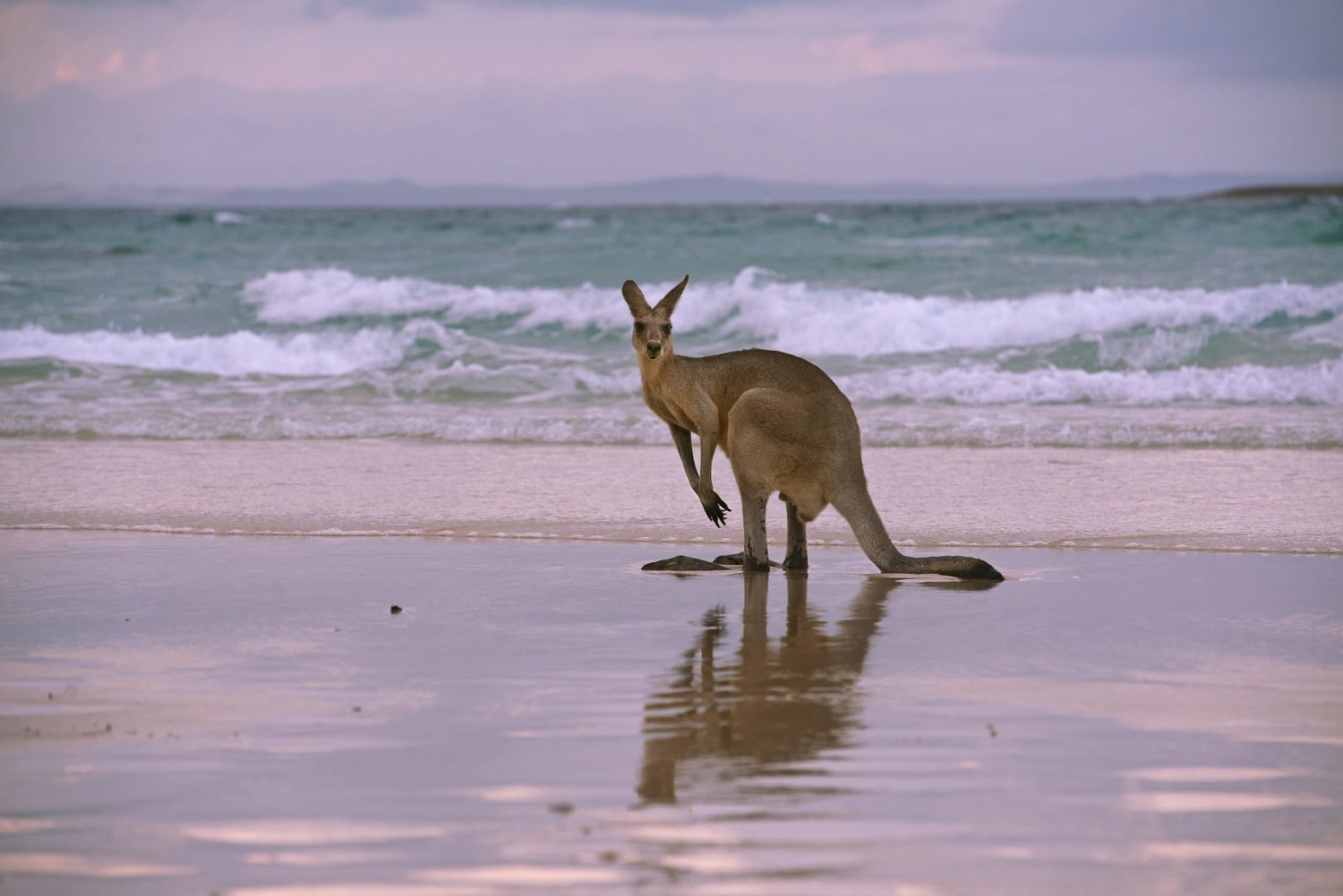 If you enjoy our tradition of Real Science Radio LIST programs you’ll probably love this List of Genomes that Just Don’t Fit! For the genomes march on. Of course, Darwin’s tree of life puts all the shrews on one branch, and animals like giraffes and elephants elsewhere, but many animals are not cooperating to well. Let’s look at few examples…

As previously on RSR, the director of Australia’s Kangaroo Genomics Centre, Jenny Graves, says that, “there are great chunks of the [human] genome sitting right there in the kangaroo genome.” And the 20,000 genes in the kangaroo (roughly the same number as in humans) are “largely the same” as in people, and Graves adds, “a lot of them are in the same order!”

CMI’s Creation editors add that, “unlike chimps, kangaroos are not supposed to be our ‘close relatives.'” Evolutionists are not much like kangaroos, regardless of what they might think. But they should consider that:

The bottom line is that Darwinists were wrong to use that kind of genetic similarity as evidence of a developmental pathway from apes to humans. Post-show update: There is enough similarity in pig DNA to convince one geneticist that humans are hybrids between apes and pigs! 🙂

Evolutionary geneticists were lobbying for careful sequencing of the chimpanzee Y chromosome expecting of course that it would confirm their neo-Darwinian expectations. Now that the data is in, the evolutionists are in “shock” once again. See the April 2011 Creation Magazine article and CMI’s 2010 report about team leader Dr. David Page of the Whitehead Institute for Biomedical Research in Cambridge, Mass., who said in the journal Nature (1-14-2010), that the human and chimp Y chromosomes are “horrendously different from each other.”

Horrendously? Is that a scientific term? Why not just, “different?” Why horrendously so? Because for modern Darwinism to not lose face, chimps have to be shown to be our closest relatives. Yet 15% of the gorilla genome is closer to us, and the chimp’s Y chromosome (that which makes us males… well, males…):

And as for the overall differences between the entire human and chimp genomes (not just the Y or the protein-coding regions), see the RSR debate with AronRa and search for: Chimp/Human Similarity. (UPDATE: For example, still in 2012, a month after this program aired, the science magazine Cosmos wrote that “Humans differ by 1.3% from chimps…”) That debate post exposes the 30-year bigotry against indels which still helps to maintain the popular evolutionary illusion of the claimed 98.5% similarity.

Evolutionists still repeat the falsehood that human and chimp “genomes are ‘almost 99 percent identical'” even though in the same breath they’ll now admit to the more honest (but still exaggerated) 96% similarity.

Every tenth of one percent difference is another 3 million base pairs that would somehow have to be modified and then propagated throughout the species in an impossibly brief period of evolutionary time.

So Darwinists intuitively try to maintain the illusion that the differences are minimal. But when we realize that bananas and sponge genes, respectively, are 50% and 70% similar to humans, and that the chimp/human Y-chromosome difference is a “horrendous” 30% (half-a-percent of the entire genome, and not realized until 2010), we see that decades of Darwinist interpretations of percentages of genetic similarity were unjustified “stories” now seen to be superficial.

100 Million Different Base Pairs between Chimps and Humans

Rather than the much repeated false 98.5% similarity, the most carefully quantified comparison shows a 95.2% similarity, with the divergence from human DNA resulting in 100 million different base pairs. That difference includes nearly 700 human genes that don’t even exist in chimp DNA.

So do the math. If in fact evolution could even produce any new genetic information whatsoever, with the average “gene” being a couple hundred amino acids in length, and with the amount of time needed for a single base pair of DNA to be promulgated throughout a species, how long would it take neo-Darwinism to introduce those new genes?

(All the science on this page is merely reported by RSR, but here’s something that we’re claiming, that we haven’t seen elsewhere: The 100 million base pair difference between us and chimps is not even counting the nearly 400 million base pairs resulting from their genome being 13% longer than ours).

As previously on RSR, falsifying the general expectations of neo-Darwinism, a typical roundworm, C. elegans,and a human have about the same number of genes, 19,000 as compared to 20,500. Also, about forty percent of those genes, “match those of other organisms, including humans”, according to the U.S. Human Genome Program, C. elegans Sequence Whole-Genome View of a Multicellular Animal.

Further, also as previously on RSR, molecular biology has removed from its perch the long-alleged common ancestor of insects and humans, the marine worm acoelomorphs. According to LiveScience, “the missing link has gone missing”! For as reported in the Jan/Feb 2011 Creation Matters:

According to the peer-reviewed journal Nature, the sequencing of a Great Barrier Reef sponge genome shows that this sponge “is remarkably similar to other animal genomes in content, structure and organization.” Project lead, Dr. Bernard Degnan of the University of Queensland, reported, “We have found that sponges and humans, and their common ancient ancestor, share an amazing number of genes. Given how simple sea sponges are, this was completely unexpected.”

As reported by the AFP in Scientists find sea sponges share human genes, “sea sponges share almost 70 percent of human genes!” The Nature paper, Sponge genome goes deep, goes beyond it’s factual findings of human-to-sponge overlap to speculate on a period of evolution after sponges that, “Nearly one-third of the genetic alterations that distinguish humans from their last common ancestor with single-celled organisms took place during this period.”

And while humans have 20,500 genes, the lowly sponge according to Nature, has “more than 18,000 individual genes.” Thus “the sponge genome represents a diverse toolkit.”

As Nature reports, “according to Douglas Erwin, a palaeobiologist at the Smithsonian, such complexity indicates that sponges must have descended from a more advanced ancestor than previously suspected. ‘This flies in the face of what we think of early metazoan evolution,’ says Erwin.

Nature also says about sponge DNA: “The genome also includes analogues of genes that, in organisms with a neuromuscular system, code for muscle tissue and neurons.” Those Darwinists who hold to the circular logic of methodological naturalism do not have the intellectual liberty to consider that perhaps the Intelligent Designer devised a genetic toolbox from which He could pull out of the same basic blueprint tools for making sponges, kangaroos, and people.

And from Science Daily about “the sponge, which was not recognized as an animal until the 19th century,” Science Daily reports that, “the team looked in the sponge genome for more than 100 genes that have been implicated in human cancers and found about 90 percent of them.”

And from a researcher with the Whitehead Institute for Biomedical Research in Cambridge, Mass., “Though we think of a sponge as a simple creature whose skeleton we take to the bathtub, it has a lot of the major biochemical and developmental pathways we associate with complex functions in humans and other more complex animals,” she said. (More from RSR on sponges…) 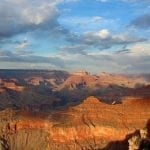 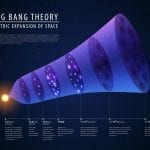