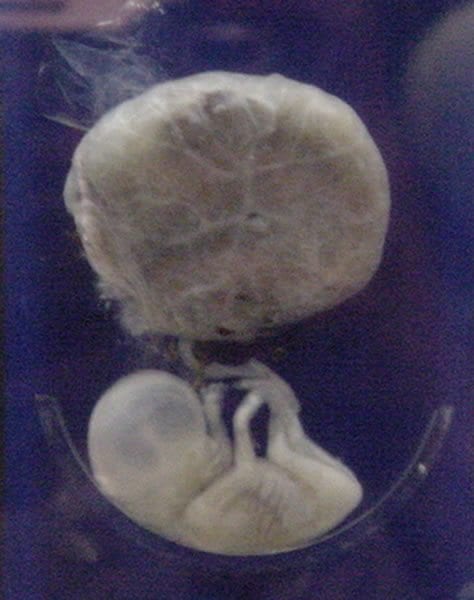 The short answer is: Yes, some do. Though some believe this to be a “conspiracy theory,” it’s easily verifiable by reading the list of ingredients printed in the vaccine package inserts or visiting the CDC website where aborted fetal cells are documented in the ingredients lists.

However, if you’re looking for the words “aborted fetal cells” you won’t find them. The pertinent term is “human- diploid fibroblast cell structures” (the two most common strains are WI-38 and MRC-5).

The following vaccines were developed using one of the two aborted fetal strains above and do contain DNA from them:

Why are aborted babies needed to produce these vaccines?

In order to make a vaccine, scientists grow the bacteria or virus they wish to create a vaccine for on a particular substrate. While many vaccines utilize various animal tissue (cow, monkey, chicken, etc) and animal products (such as eggs), the use of tissue from aborted babies is superior for a number of reasons. 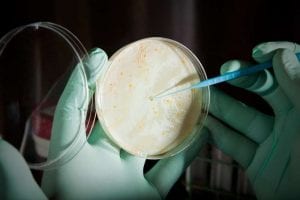 First, vaccines derived from animal sources carry a higher risk of contamination from other bacteria and viruses. One example (of many) is the polio vaccine used in the 50’s and 60’s, which was later found to be contaminated with a monkey virus referred to as SV40. The CDC claims that SV40 didn’t cause any adverse effects, but according to laboratory findings, “ SV40 DNA has been detected in several human tumors, including osteosarcoma, mesothelioma, and non-Hodgkin’s lymphoma. Similar tumors are induced by the virus in hamsters.” The only way to other way to obtain SV40 DNA is by contact with an infected rhesus monkey.

Second, some pathogens just don’t grow as well on animal tissue (like chicken pox) because they don’t infect animals. However, the most important advantage to using tissue from aborted babies is that fetal cells can go through many more divisions than other cells before they die. A biologist named Hayflick determined that normal human cells reproduce a finite number of times (usually around 50) before they stop reproducing. Fetal cells, however, are capable of going through many more divisions.

Let’s get acquainted with the two aborted babies that the vaccines we inject our children with are grown on (I sincerely hope that sentence makes you cringe as much I did when I typed it). WI-38 is a 3 month old female fetus who belonged to married parents living in Stockholm, Sweden in 1962. According to Dr. Rene Leive in her “Brief History of Human Diploid Strains,” her parents “felt they already had too many children”, so they decided to abort her. MRC-5 is a fourteen week old male fetus who was murdered inside his 27 year old mother in 1970 for “psychiatric reasons.”

Before we continue, let’s take a minute to see what a 12 week old baby looks like in utero. 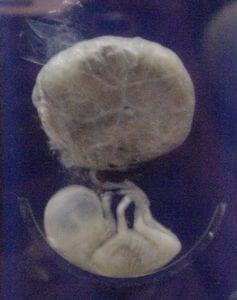 A common misleading argument posited to rationalize the use of aborted babies in the production of vaccines is that most vaccines currently in use are derived from “only” two aborted babies. Even if this were so, I love the perspective Megan over at Whole Living applies with her “This Wasn’t Just a One-Night Stand” analogy, “You might have also heard that only two babies were used and it was a really long time ago, which justifies the continued use of shooting up live babies with dead babies.”

Indeed, it’s common sense that to arrive at WI number 38, logically numbers 1-37 preceded.  Hayflick also references WI-44 in his report, so you can be sure, multiple aborted babies have gone into the development of the WI-38 cell line in use today. The same holds true for the MRC-5 strain. Hayflick mentions the MRC-9 strain which is derived from a 15 week old female fetus in 1974. Her mother was an unwed 14 year old who aborted her baby for “therapeutic” reasons.

Our Rubella vaccine comes from another cell line, RA 27/3, developed by a man named Plotkin. It’s derived from a female fetus whose mother contracted Rubella in 1964. She was aborted for this reason (rubella is only harmful to babies in utero and causes some severe birth defects). According to Plotkin’s documentation, over 40 aborted babies were cultured. RA 27/3 was not the first fetus to test positive for Rubella or the last and he doesn’t specify why he continued with the series. Interestingly, Dr. Leive notes, “It is documented that there were other effective virus strains already made at the time which had been obtained from other non-abortion-related methods.”

Can We Re-Use These Cell Lines Forever?

No. They aren’t immortal. Scientists continually develop new strains and new vaccines. IMR-90 is a 16 week old fetus from a 38 year old mother of six who decided the baby she was carrying in 1975 would be too inconvenient. Strain 293 is derived from a baby aborted in 1972. The PER C6 line, which is being used right now to develop ebola, flu, malaria, tuberculosis, and HIV vaccines, comes from an 18 week old fetus aborted in 1985.

The American Congress of Obstetricians and Gynecologists expressed “distress” that Congress is investigating fetal tissue researchers and procurement companies to make sure they aren’t profiting from the sale of tissue from aborted babies (which is illegal) with this comment, “Unfortunately, some state and federal politicians are working hard to obstruct- or even criminalize- fetal tissue research, limiting the ability of America’s leading scientists and researchers to develop new vaccines and medicines to prevent and treat disease.” The ACOG warns that if this interference continues, “fetal research bans will stymie US based medical progress, leaving us to rely on other countries to develop medicines for our own patients.”

Apparently, without legal abortion to provide the scientific community with an endless supply of tissue, medical progress will virtually cease. Eye opening statement to say the least. I’ll end with another quote from Megan, “If science can’t advance without abortions, we need to go back to the drawing board.” 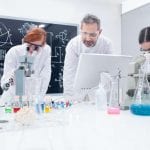 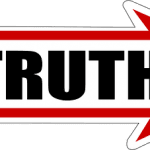