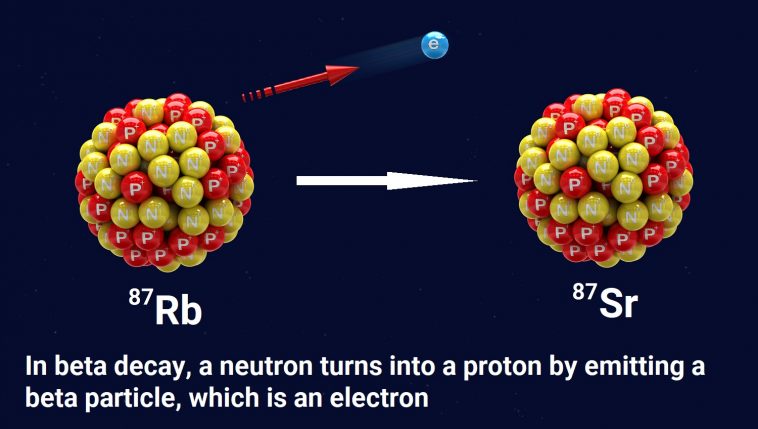 As someone who has studied radioactivity in detail, I have always been a bit amused by the assertion that radioactive dating is a precise way to determine the age of an object.

Of course, that error estimate is complete nonsense.

It refers to one specific source of error—the uncertainty in the measurement of the amounts of various atoms used in the analysis. Most likely, that is the least important source of error.

If those rocks really have been sitting around on the moon for billions of years, I suspect that the wide range of physical and chemical processes which occurred over that time period had a much more profound effect on the uncertainty of the age determination.

This is best illustrated by the radioactive age of a sample of diamonds from Zaire. Their age was measured to be 6.0 +/- 0.3 billion years old.

Do you see the problem?

Those who are committed to an ancient age for the earth currently believe that it is 4.6 billion years old. Obviously, then, the minimum error in that measurement is 1.4 billion years, not 0.3 billion years!

Such uncertainties are usually glossed over, especially when radioactive dates are communicated to the public and, more importantly, to students. Generally, we are told that scientists have ways to analyze the object they are dating so as to eliminate the uncertainties due to unknown processes that occurred in the past.

One way this is done in many radioactive dating techniques is to use an isochron. However, a recent paper by Dr. Robert B. Hayes has pointed out a problem with isochrons that has, until now, not been considered.

To understand the problem, let’s start with an example of how radioactive dating works. The elements rubidium and strontium are found in many rocks. One form of rubidium (Rb-87) is radioactive. As illustrated above, a neutron in an Rb-87 atom can eject an electron (often called a beta particle), which has a negative charge. Since a neutron has no charge, it must become positively charged after emitting an electron. In fact, it becomes a proton.

This changes the chemical identity of the atom. It is no longer Rb-87; it is strontium-87 (Sr-87). Sr-87 is not radioactive, so the change is permanent.

What We Know, What We Don’t

We know how long it takes Rb-87 to turn into Sr-87, so in principle, if we analyze the amount of Rb-87 and Sr-87 in a rock, we should be able to tell how long the decay has been occurring.

Of course, there are all sorts of uncertainties involved.

The isochron is supposed to take care of such issues. Essentially, rather than looking at the amounts of Rb-87 and Sr-87, we look at their ratios compared to Sr-86. The ratio of Sr-87 to Sr-86 is graphed versus the ratio of Rb-87 to Sr-86 for several different parts of the rock.

How does that help? Sr-86 is another stable form of strontium, but it isn’t produced by radioactive decay. Thus, it provides an independent analysis of the rock that does not depend on the radioactive decay that is being studied.

If some process brought Sr-87 into the rock, it probably brought different amounts of the atom into different parts of the rock, so the ratio of Sr-87 to Sr-86 won’t stay consistent from one part of the rock to another. If a consistent isochron is generated, however, we can be “certain” that no process interfered with the relative amounts of Rb-87 and Sr-87, so the radioactive date is a good one.

He says that there is one process that has been overlooked in all these isochron analyses: diffusion. Atoms and molecules naturally move around, and they do so in such as way as to even out their concentrations. A helium balloon, for example, will deflate over time, because the helium atoms diffuse through the balloon and into the surrounding air.

Well, diffusion depends on the mass of the thing that is diffusing. Sr-86 diffuses more quickly than Sr-87, and that has never been taken into account when isochrons are analyzed.

No problem. Now that Dr. Hayes has brought it up, we can take it into account, right?

Perhaps, but it’s rather tricky because the rate of diffusion depends on the specific chemical and physical environment of each individual rock. If the effects of diffusion can be taken into account, it will require an elaborate model that will most certainly require elaborate assumptions. Dr. Hayes suggests a couple of other approaches that might work, but it’s not clear how well.

So what does this mean?

If you believe the earth is very old, then most likely, all of the radioactive dates based on isochrons are probably overestimates. How bad are the overestimates? I have no idea, and I don’t think anyone else does, either. Dr. Hayes’s model indicates it could add as much as 29 billion years to ages determined with rubidium and strontium, although his model is rather simplistic. Most likely, the effect will be dependent on age.

I would think that the older the sample, the larger the overestimate. However, it’s important to note that some radioactive dates (like those that come from carbon-14) don’t use the isochron method, so they aren’t affected by this particular flaw.

As a young-earth creationist, I look at this issue in a different way.

As I have stated previously, we just don’t know a lot about radioactive decay. Certainly not enough to justify the incredibly unscientific extrapolation necessary in an old-earth framework. This newly pointed-out flaw in the isochron method is a stark reminder of that. A good isochron was supposed to be rock-solid evidence (pun intended) that the radioactive date is reliable. We now know that it is not.

I suspect that this flaw is not the last one that will be uncovered. 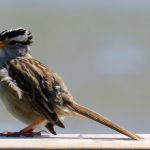 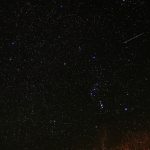