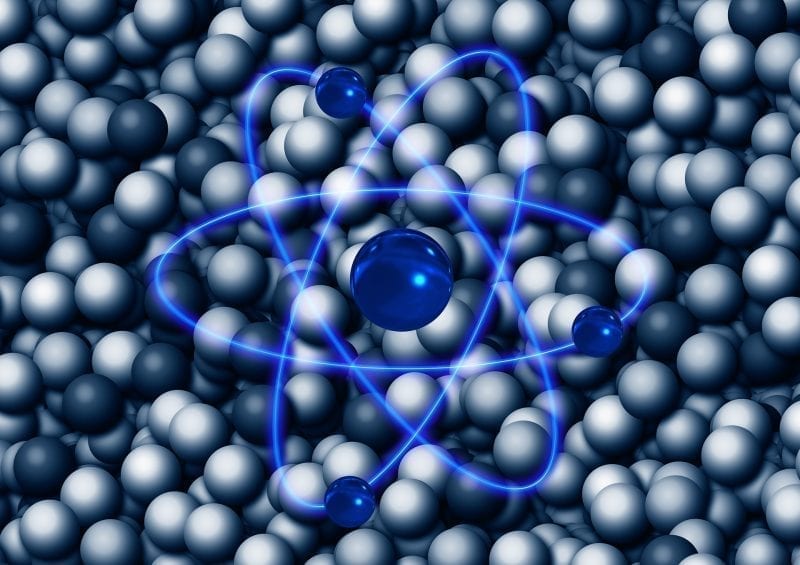 Education to Question, and, Light from a Single Atom

[Originally published as No, It’s Not a Picture of an Atom]

When I wrote the first edition of my high school chemistry textbook (back in 1994), I discussed the impossibility of seeing atoms. Atoms aren’t just small; they are simply too small to be seen, even with the most powerful microscope. That’s because in order for us to see something, light must bounce off it and enter our eyes. Cells on our retina detect that light, send nerve signals to our brain, and our brain interprets the signals to form an image. Since atoms are roughly 1,000 times smaller than the smallest wavelength of visible light, there is no way for light to bounce off a single atom. As a result, we will never be able to see individual atoms, no matter how powerful a microscope we use.

I said that every year to every general chemistry class I taught at the university level, and no one ever questioned my assertion. But homeschoolers think more critically than most students, so the very first year my chemistry course was published, I got a FAX (yes, a FAX) from a student questioning my statement. The student showed me an image like the one below, which was taken with a scanning tunneling electron microscope at IBM. She asked if it wasn’t a picture of individual atoms: 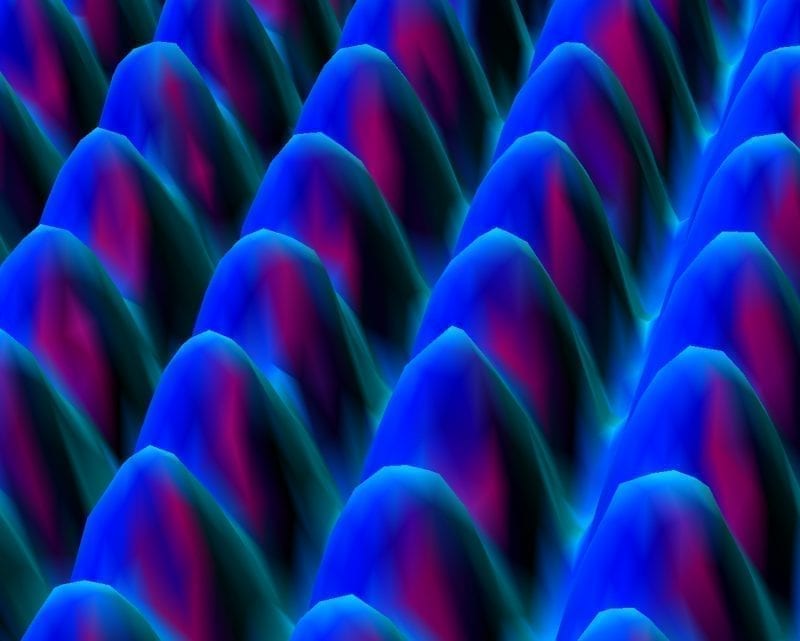 An image of the surface of nickel, as produced by a scanning tunneling electron microscope (click for source) photo credit: https://archive.education.mrsec.wisc.edu/

While the image is generally presented as a “picture” of nickel atoms, it is not. It is a graph that represents data that have been processed through a series of equations which govern the behavior of electrons traveling at high speeds. The equations depend on multiple theories, including special relativity and quantum mechanics. I am pretty confident that those theories are mostly true, so I am pretty confident that this is a realistic representation of atoms on the surface of a nickel foil.

Recently, I got a question from a teacher who is using my new chemistry course. A student brought him an article that says scientists have been able to take a picture of a single strontium atom. I told the teacher why it is not a picture of a strontium atom, and then over the weekend, I got the same question on my Facebook page. As a result, I decided to write a quick article (well, as quick an article as I can write) about it.

This is definitely a picture, as it is the result of directly detecting light. And, that light is coming from a single atom. That’s the remarkable aspect of the photograph. Because atoms are so small, it is very hard to isolate a single one, but the experimenter who took the picture was able to do just that. However, it is not a picture of the atom. It is a picture of the visible light that the atom is emitting as a result of being excited. When atoms are excited, they must get rid of that excess energy, and one way they can do that is to emit light. The strontium atom is emitting visible light, which is why a picture of it could be taken.

If you think I am just being pedantic here, consider the picture below: 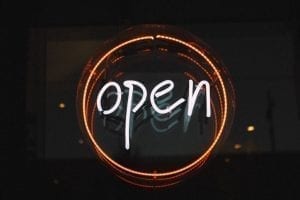 Tubes of neon atoms emitting light as a result of being excited by electricity.

Each tube in the picture contains neon gas, and electricity is being passed through the gas, giving the atoms extra energy. To release that energy, they emit light, and the visible wavelengths that are emitted produce the orange color that you see in the picture. Are you seeing all the individual neon atoms in those tubes? Of course not. You are seeing the light that those excited neon atoms are emitting.