Once Is Enough For Long-Term Memory Formation in Bees

Jesus is so detailed he didn’t just design large creatures to be complex, but even lavished his genius on the humble insect. As the article points out, we’ve been studying bees for a long time, and yet they still astound us with their smarts. Not because they randomly acquired it through a mindless process, but because their Creator blessed them with all they needed to thrive.

“With their tiny brains and renowned ability to memorize nectar locations, honeybees are a favorite model organism for studying learning and memory. Such research has indicated that to form long-term memories—ones that last a day or more—the insects need to repeat a training experience at least three times. By contrast, short- and mid-term memories that last seconds to minutes and minutes to hours, respectively, need only a single learning experience. Exceptions to this rule have been observed, however. For example, in some studies, bees formed long-lasting memories after a single learning event.” The Scientist.com

All multicellular creatures need ways to survive the onslaught of bacteria degraded to parasitism or designed to clean up the weak. These kinds of natural physical bacteria destroyers save our engineers a lot of time since they don’t need to reinvent an already perfectly designed wheel!

“Some insect wings such as cicada and dragonfly possess nanopillar structures that kill bacteria upon contact… Using a range of advanced imaging tools, functional assays and proteomic analyses, a study by the University of Bristol has identified new ways in which nanopillars can damage bacteria. These important findings, published in Nature Communications, will aid the design of better antimicrobial surfaces for potential biomedical applications such as medical implants and devices that are not reliant on antibiotics.” The University of Bristol

A separately performed study reveals more about the unique physical and chemical properties of cicada wings. Not only do these nanopillars kill bacteria, they repel water.

And engineers are not in the habit of copying mindless, purposeless random chaos. They are drawn to highly engineered, highly effective designs. And there is no greater engineer than our Master Creator.

“Biological structures sometimes have unique features that engineers would like to copy… a new study reveals that the chemical compounds that coat cicada wings also contribute to their ability to repel water and kill microbes… While preliminary, the new findings offer insight into the interplay of structure and chemistry in determining function, Alleyne said. By dissecting these characteristics, the researchers hope to one day design artificial structures with some of the same surface traits. Finding materials that shed water and kill microbes, for example, would be useful in many applications, from agriculture to medicine, she said…
The U.S. Army Corps of Engineers’ Construction Engineering Research Laboratory, National Science Foundation and the Japanese Ministry of Education, Culture, Sports, Science, and Technology supported this research.” University of Illinois

And cicadas are not alone with their special bacteria-shredding “nanopillars.”

Antibacterial effects of nanopillar surfaces are mediated by cell impedance, penetration and induction of oxidative stress

“The unique bactericidal properties of cicada and dragonﬂy wings have drawn signiﬁcant research interest, as the physical nature of bacterial killing could provide an effective strategy to prevent bioﬁlm formation, and infection of indwelling and implantable devices, while negating the current need to use materials impregnated with antibiotics… Elucidating the mechanisms that govern bacterial cell death on nano-textured materials is essential for improving antibacterial performance. This, in turn, will guide the design of next generation biomaterials that effectively inhibit bioﬁlm growth, without reliance on antibiotics.” The Journal Nature [Emphasis added]

Especially notice in the bolded section that they are calling for researchers to not assume the first way these structures kill bacteria is the only one. They have learned from long experience that the things God designs usually have multiple functions packaged into one amazing design.

A New Species of Darkling Beetle Larvae that Degrades Plastic 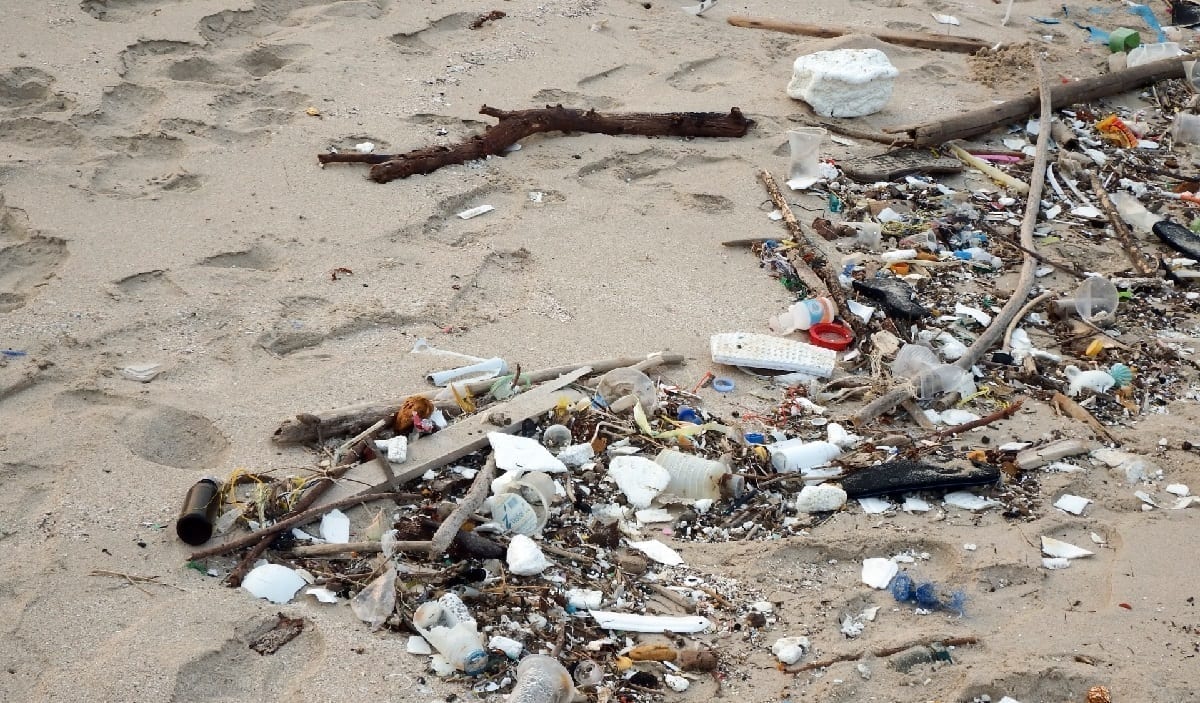 There is always a balance between the needs of humanity and the health of the environment. God gave Adam and Eve authority over the entire world, with the responsibility to “subdue,” or tame, it. But this doesn’t give us the right to treat it like a giant trash can!

Polystyrene, often called by the DOW Chemical brand name, Styrofoam, is commonly used to package expensive but fragile objects during transport and retail. CD jewel cases and many hard plastics are made from this chemical. It also is used to make disposable plates, cups, and egg cartons that are impervious to water.

But it is poisonous if burned and no study has shown a reliable half life for its decomposition in a landfill environment. Previous attempts to break it down have used enclosed burning to contain the fumes, but this is costly and requires extra care to protect workers and the environment.

“A joint research team… has uncovered for the first time that the larvae of the beetle in the order Coleoptera (Plesiophthophthalmus davidis) can decompose polystyrene, a material that is tricky to decompose… Polystyrene, which accounts for about 6% of total plastic production, is known to be difficult to decompose due to its unique molecular structure. The research team found that the larvae of a darkling beetle indigenous to East Asia including the Korean peninsula can consume polystyrene and reduce both its mass and molecular weight.” Science Daily.com 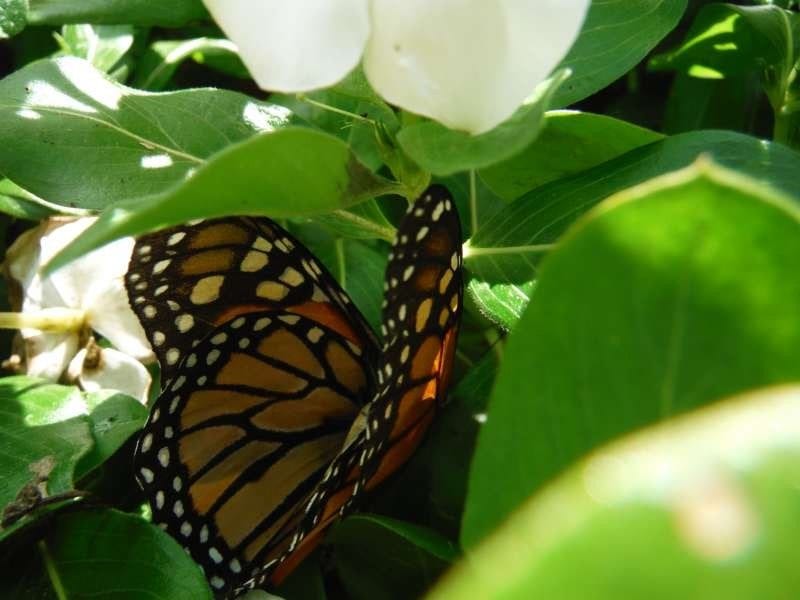 More tiny designs built into the physical structure of bugs. This time, Jesus was keeping the scales of the butterfly’s wings from getting knocked off every time it rains. And especially notice how common it is for engineers to look to these kinds of creatures as shortcuts to expert designs. It’s a good thing Jesus doesn’t complain about plagiarism. All he wants—and deserves—is the glory for his genius.

“The research showed how microscale bumps, combined with a nanoscale layer of wax, shatter and spread these drops to protect fragile surfaces from physical damage and hypothermia risk. There already exists a large market for products that use examples from nature – known as biomimicry – in their design: self-cleaning water-resistant sprays for clothes and shoes, and de-icing coatings on airplane wings. Findings from this study could lead to more such products in the future… “[Getting hit with] raindrops is the most dangerous event for this kind of small animal,” he said, noting the relative weight of a raindrop hitting a butterfly wing would be analogous to a bowling ball falling from the sky on a human.” Cornell University

Sea Skaters are a Super Source of Inspiration

Much like the freshwater striders, these bugs walk above the water using surface tension to avoid drowning. But you can imagine how much more robust an insect would have to be to survive in the ocean. The quality of God’s design has allowed them to colonize the farthest islands of the Pacific.

“Tiny sea skaters, as insect ocean pioneers, may hold the secret to developing improved water repellant materials… Faced with crashing waves, ultraviolet radiation, rain, salt water, and predatory birds and fish, insects need a specialized set of adaptations to survive in the ocean… The wax secreted by the insect is of great interest to the team’s materials scientists, who are exploring new approaches for liquid repellent technologies. The insect’s hair structures are also informing the design of new materials. ” Inspired by the mushroom-shaped hairs of Halobates, my group is developing greener and low-cost technologies for reducing frictional drag and membrane fouling,” says Mishra.” PHYS.org

I wouldn’t want to be one of the researchers dealing with them, but here again they freely admit to swiping top design ideas from…the pesky mosquito. And this time it’s for drone sensing equipment. No wonder these bugs are so good at avoiding getting swatted!

“Humans have long drawn inspiration from nature in the creation of new technologies…Nakata et al. exemplify the bioinspired design methodology through their investigation of the sound- and airflow-sensing capabilities of the southern house mosquito Culex quinquefasciatus and subsequent creation of a small quad-copter drone with an autonomous collision avoidance system based on the same sensing principles. The sensor displays compelling advantages in weight, power, and deployability over existing technology.” Science Magazine

Caterpillars that eat a higher protein diet fight off parasites better. It does seem more humane to start a study with bugs like these before infecting larger animals with blood parasites. We’ll see what happens in the years to come.

“Scientists studying insects have identified a crucial biological mechanism responsible for increasing their survival against blood parasites. The finding, in which a high protein diet is linked to increased survival, could be a key stepping-stone to discovering how diet could help us fight parasitic blood infections… Although this study focused on caterpillars and their parasites, the findings could offer a possible avenue of research on humans and blood conditions.” Science Daily.com 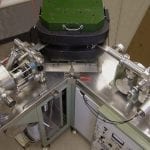