[Originally published as A Case for Compassion Igniting Miracles]

Who knew that a recent craft session with my grandson would prompt me to produce a new podcast episode. If it hadn’t been for the Bible verse I read the following morning, my memory of the poignant incident wouldn’t have been stirred. I’ll share the pertinent Scripture later.

It all started while Little Guy and I were playing with playdough. He mentioned “glue and rip.” Although he got our art phrase wrong, I knew what he meant.

Pleased that he was thinking of our other craft times, I said, “Would you like to do some rip and stick now?”

His smile and eyes widened. “Yes.”

“Okay. Let’s tidy up the playdough and then we’ll gather some supplies from my craft room.”

Little Guy loves it when I bring him into my craft room. It’s not a safe place for children to play unattended. There’s way too much tempting stuff to get into. In fact, it’s a huge temptation for me too. I often spend long lengths of time in there. But the kitchen, laundry room, or writing duties eventually haul my reluctant self back into the real world of responsibilities.

My grandson giggled as hand in hand we entered my sacred space. It smelled like freshly baked Christmas cookies thanks to the lovely fragrance melting in my wax warmer. I grabbed some glue sticks out of an antique basket and stuffed them into my back pocket. Then I pulled two orange craft papers off the floor-to-ceiling shelf.

“I thought I’d choose your favorite color,” I said to him as he eyed my overstuffed shelves of beloved supplies.

We passed through the living room on our way back to the playroom, where I gathered some Focus on the Family magazines. I saved them for this occasion, knowing they’d come in handy for making collages with my grandson. After we settled on a sunny spot on the carpet, I pulled out an old calendar to use as a work surface.

Pointing to the side closest to him I said, “This will be your spot to glue. I’ll rip and stick on this other page.”

I allowed him to choose the glue stick he wanted to use and handed him a magazine and his orange paper to create with.

He popped the glue cap off and turned it until its contents threatened to fall out. Next, he returned the glue to a safe position and rubbed some onto his paper. “It’s blue, Grammie.”

“Yes, it turns clear when it dries.” It was a new stick of glue that came as a bonus one in a package purchased the week before. Remembering it was free comforted me when he again caused it to teeter on the edge of tumbling to the floor.

Small stuff must not be sweated when you’re hanging out with a grandchild.

Opening my magazine, I immediately found some lovely and intriguing pictures to rip and stick. After gluing a couple of pictures down, I asked him if he wanted help getting pictures out of his magazine.

After opening his magazine, I showed him several pages. He chose a donkey and a set of hands holding a paper heart. I ripped them out and he glued them in place.

Then I showed him a picture of a child holding a paintbrush. “Do you want me to rip this one out for you?”

Once it was torn out, I spotted lovely beach treasures on the other side. “Oh, would you like to glue this shell picture instead?” He loved shells. We had bunches of shells, sticks, and rocks by our backdoor that he gathered during our nature outings.

He smiled and said, “Yes.” Then he picked up a scrap of paper and glued it to his collage while he waited.

After I ripped the shell picture out from the backside of the page and handed it to him, his smile sagged into grief.

“Grammie, why did you rip the head off?”

“We’re not using that side. It’s the side you put the glue on.”

“Where is the head? You need to fix it.”

I handed him the missing piece, “Here it is.”

Touched by his compassion for the child pictured in the magazine photo, there was no point belaboring the fact we had ripped the shell out instead. It wasn’t about ripping a head off. But to him it was. Sometimes you have to know when to fold your explanations and empathize with others.

While deciding what to do, I glued a piece of ripped paper onto my collage.

“Grammie, I fixed it.” His exuberant smile had returned. 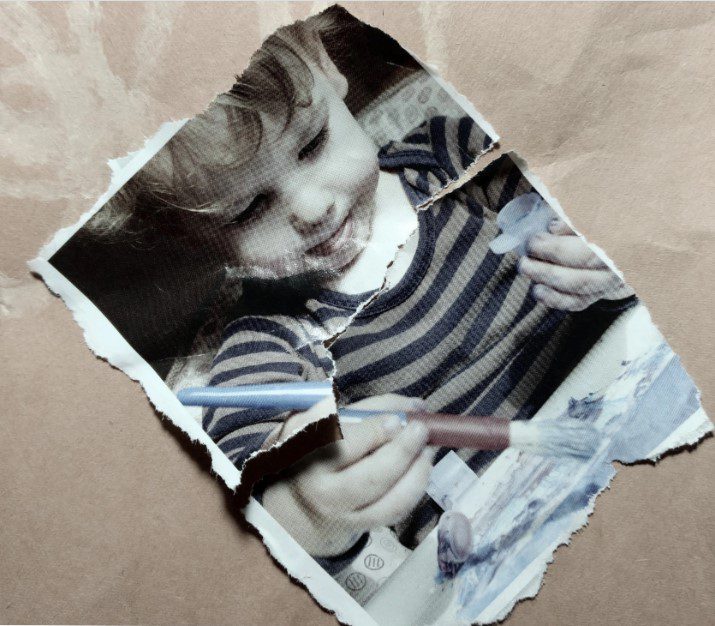 Looking down at the extra paper I’d accidentally brought up with ours, it was my turn to gasp. On it was the picture of the little girl holding a paintbrush. She was almost as good as new. His just-turned-three fingers had managed to glue it back together so accurately that I did a double-take to make sure it was indeed the same ripped-in-half picture his not-so-wise grandmother tore in two.

“Wow,” I said as grandmotherly pride welled up in me, “you did a wonderful job gluing it back together.”

Little Guy beamed proudly. And later, when it hung on our fridge and was pointed out to the rest of the family, his daddy beamed proud of his son too.

The next morning, I noticed an applicable verse and wrote it in my journal.

Jesus had compassion on them and touched their eyes. Matthew 20:34 NIV

Let compassion ignite a miracle
in someone’s life today
and may it start within our hearts
so that we’re prompted to pray
Let compassion be our response
when we see needs in others
and may it motivate us
to give help to our sisters & brothers.
~ wlm 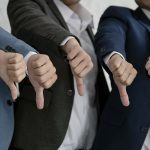 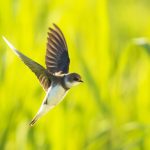