“When a prophet speaketh in the name of the LORD, if the thing follow not, nor come to pass, that is the thing which the LORD hath not spoken, but the prophet hath spoken it presumptuously: thou shalt not be afraid of him.” Deuteronomy 18:22

If man is the result of billions of years of evolution from the simplest of creatures, evolution predicts that man should have retained most, if not all, of the best abilities of those other creatures in his heritage.

According to evolution, our ape-like ancestors had opposing toes, just as we have opposing thumbs. If we had retained those opposing toes, we could pick things up without bending over. The female chimp can pull 1,260 pounds with one arm. That would be a pretty handy facility. And then, there is the hero shrew of Uganda, just six inches long, but it can support the weight of a one hundred and sixty pound man on its back!

Even the lowly snail can pull up to 200 times its own weight, and lift ten times its weight. Then what about the trilobite, right at the bottom of the evolutionary ladder and supposedly extinct for 300 million years? This little fellow had the most sophisticated eye lenses, actually double lenses, ever found in nature!

Since all of these abilities would be greatly beneficial for us, why didn’t evolution let us keep or develop these abilities as we evolved? The answer is simple. We have not evolved. Rather, we have been made by a Creator Who made us for the purpose of a relationship with Himself through His Son, Jesus Christ.

Prayer:
Dear heavenly Father, I thank You that while I cannot leap tall buildings or lift them, You have made me for the higher purpose of a relationship with You. Increase my trust in the atoning work of Your Son for me so that I may grow closer to You. In His Name. Amen.
Notes:
Photo: Hero shrew. Courtesy of J.A. Allen, Herbet Lang, James Paul Chapin. (PD) 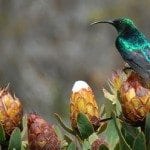 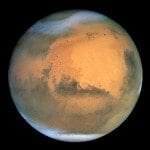