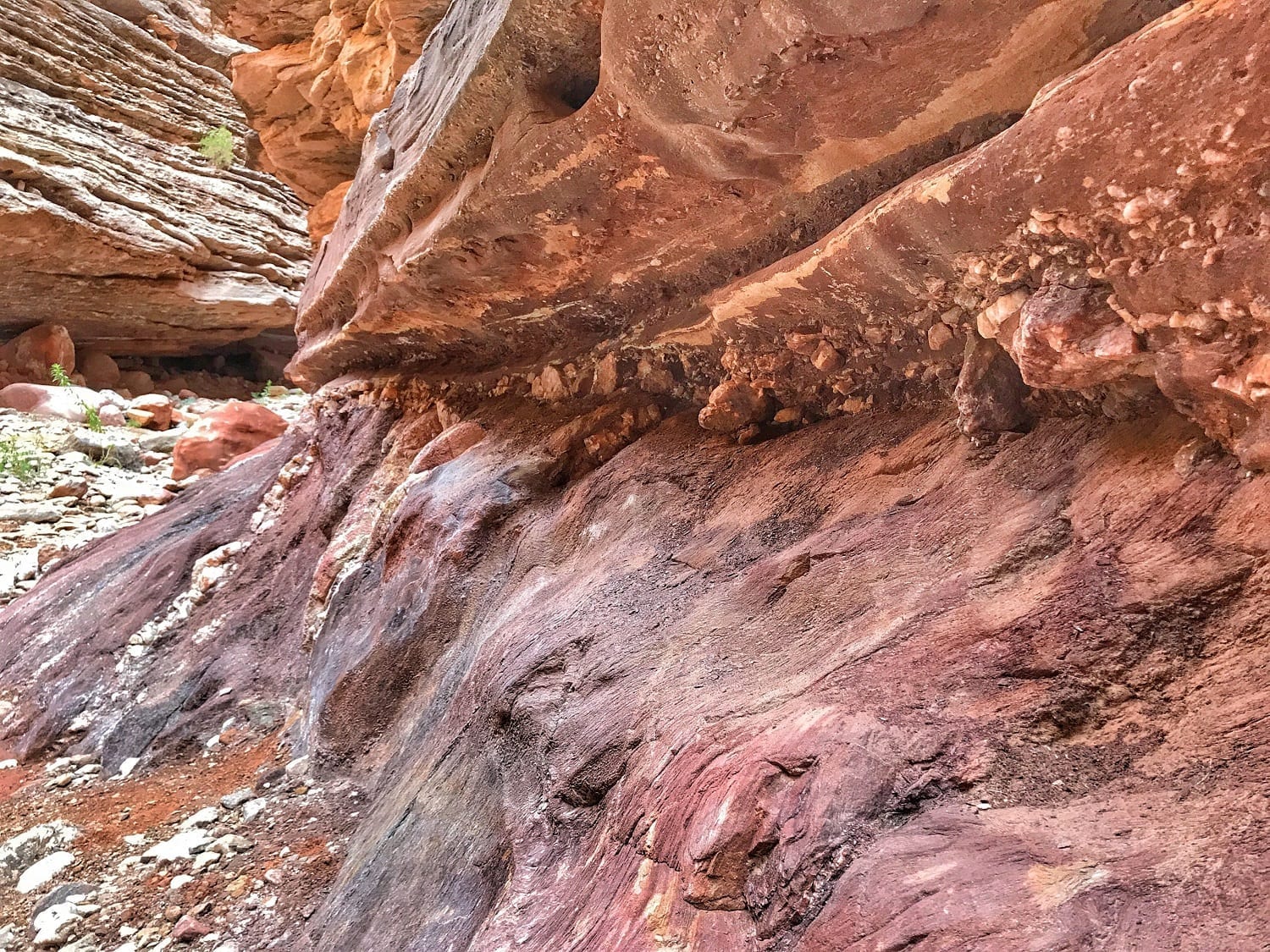 One of the places we often explore on our Grand Canyon river trips is a little side canyon found at river mile 120 called Blacktail Canyon. Blacktail is a very narrow slot canyon carved predominantly into the golden-brown, latticed ledges of the Tapeats Sandstone. 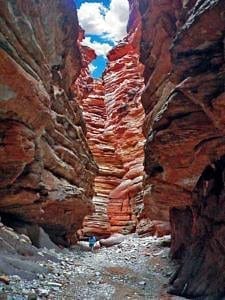 For many folks, the time spent in Blacktail is the highlight of their Grand Canyon river trip experience. The importance of this location is even more significant to us than most others who may not see the canyon from a biblical perspective.

In Blacktail Canyon we get to see, touch, and learn about a fantastic feature of Grand Canyon and flood geology—the Great Unconformity.

This mysterious feature of geology is represented by a huge erosional plane, where a tremendous amount of rock appears to have been sheared off, and sitting directly above it, the flat-lying Tapeats Sandstone begins the bottom-most horizontal sedimentary rock layer visible at the Grand Canyon.

When we study and understand the Great Unconformity from a biblical perspective, we see the same features, and the same rocks, but we have a different perspective. What we’re seeing we believe represents NOT millions to billions of years of slow and gradual erosion and missing time, but MASSIVE erosion on a grand scale, in a short amount of time.

This massive erosional plane would be precisely the kind of feature you would expect to see if there really was a worldwide flood as described in Genesis and elsewhere in the Bible. 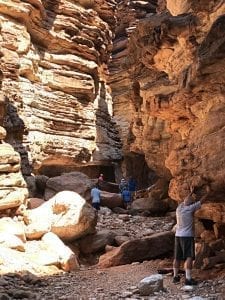 Blacktail Canyon is a very powerful place for us as believers in God’s Word. Properly understood, what we believe we’re seeing is the foundation rock called into existence by our Creator on day 3 of Creation Week, sitting just below the first layers laid down during Noah’s Flood. Creation and destruction, side by side.

When understanding the true significance of what we’re looking at and placing our hands on, it’s hard for anyone on our river trips to keep a dry eye in such a moving location.

As Job said, “speak to the earth, and let it teach you” (12:8) regarding the works of the Lord. So, likewise the rocks cry out and tell a story of what has happened in the past. Perhaps at no location in the Grand Canyon does their voice resonate so loudly and so clearly as deep in Blacktail Canyon. 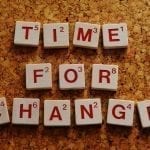