Oftentimes, only obscure astronomical events are brought to the attention of the general public, while many other breathtaking phenomena are overlooked.

Many of these rare occurrences can only be observed by individuals with extremely advanced technology, such as the telescopes and optics that I often employ.

Let’s take a closer look at an occurrence that happens several times a year – Meteor Showers. They can be seen by almost everyone and sometimes offer an amazing spectacle.

Meteors, or falling stars as they are known in popular culture, are not actually stars but space debris from comets or asteroids. As the particles enter earth’s atmosphere at extremely high speeds, a shockwave is created, which heats up and forms a streak of light that we see.

The Perseid meteor shower takes place every year in August and is normally characterized by anywhere from a few dozen to fifty meteors per hour. Try to find a viewing spot away from city lights, as light pollution decreases your chances of seeing the full show.

Email me on my website, www.davidrives.com, and let me know about your viewing experiences.

Even if it’s cloudy wherever you are, you can still be confident that…Truly the Heavens Declare the Glory of God. 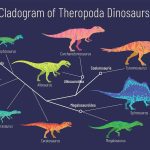 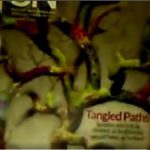