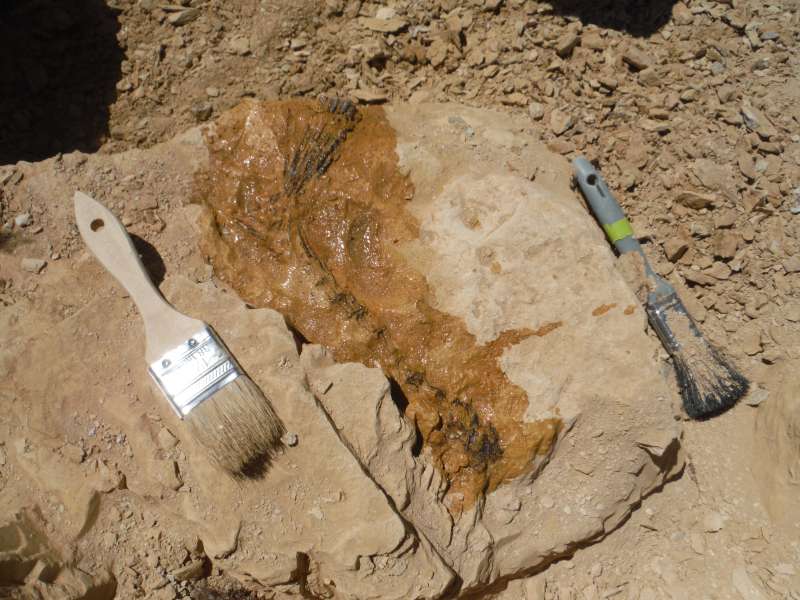 The whirling wind swirled my once-neatly pulled back hair in every direction as I intently chipped away at the dirt around the fossil.  Almost breathless with anticipation, my excitement grew every time we brushed away the dirt to reveal yet another fossil fish vertebrae.  During the paleontological dig I went on in western Kansas last month, I really enjoyed getting to participate in the excavation of a fairly large fish fossil.  Last week I talked about the discovery of this fossil with some boys on the dig (read that story here) and I mentioned my excitement and surprise at how complete this fossil fish was.   Most of the fish fossils our team had discovered up to this point were fish tail pieces, often with several vertebrae either still attached or scattered.    There’s  an interesting and meaningful explanation for all of this.

In the area of Kansas where we were digging you can find fossils of Mosasaur (sea dragons, like “Leviathan” in the Bible), big & small bony fish, and lots of sharks teeth.  Since all these creatures would have been buried during the flood, after death came into the world as a consequence of human sin, many creatures were probably

eating each other.  One of the most famous fossils found near this area is the “fish within a fish” fossil, which may be a large fish eating a smaller one.    The reason why we find so many tail sections of the (relatively) smaller fish by themselves is probably because larger fish were eating these fish, biting off the less delectable bony tail sections.

Now why would a (practically) whole big fish be buried and fossilized with his “leftovers” from lunch?  If this big fish had died from normal natural causes, it would have been scavenged and scattered by all the other creatures lurking in these waters.   I don’t think evolution has a very good tale for how these fish tails could have been buried in the way they are. Finding these “leftovers” buried with whole bigger fish is probably best explained by the rapid, global burial of Noah’s flood just a few thousand years ago, which would have captured many creatures just the way they were living – lunch “leftovers” and all!

I have absolutely no idea what was going on in the brain of this poor fish, our flood victim, in his final days (if you have any special insights on fish psychology , feel free to enlighten us).  He may have just been going about his normal business, never dreaming that is swimming days would soon be forever done and his flexible fins would be turned into a stone.   He was buried with his lunch “leftovers”.   If you’re life suddenly ended in the middle of whatever you’re doing in your every day life, what would you be buried alive with, like this fish, representing your life?   Would you be ready to go?  Did you get the really important things done?  What about the most important thing – do you know for sure where you’re going?

“Therefore be ye also ready: for in such an hour as ye think not the Son of man cometh.”  Matthew 24:44 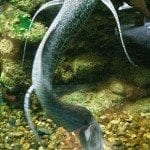 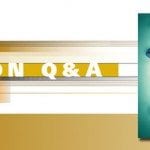