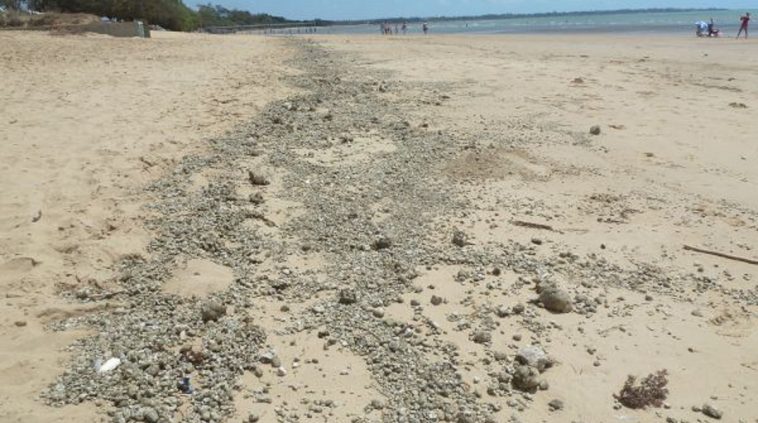 [Originally published in 2013 as Pumice rafts and Gondwana vegetation]

I’m in Hervey Bay on holidays and the high tide mark on the beach is littered with pumice. Most is the size of coarse gravel; some pieces are as big as a tennis ball; a few chunks are as big as a football.

The pumice began arriving in northern New South Wales and Southern Queensland in March, 2013, and more recently in north Queensland from Cairns to the Torres Strait in September.

The fragments are rounded and have been colonised by a marine micro-community. Scott Bryan, a researcher with the Queensland University of Technology has identified the pumice has carried barnacles, molluscs, anemones, bristle worms, hydroids and crabs. Algae are also growing on the pumice.

The pumice has travelled some 4,000 km from the Havre Seamount in the Kermadac Islands, which lie about 1000 km north of New Zealand. In July 2012, a volcano on that seamount erupted under the ocean, creating an enormous volume of pumice that floated on the ocean like a raft. 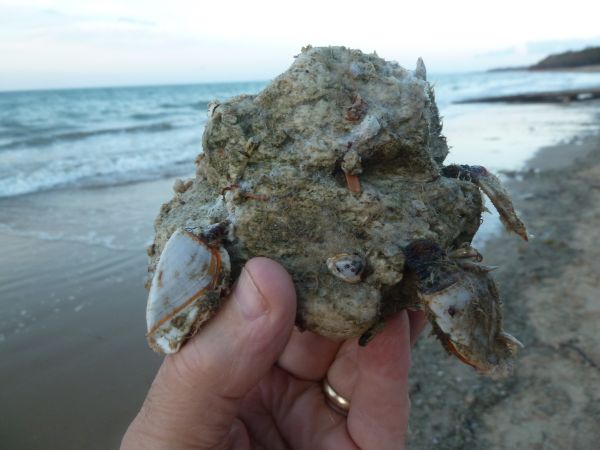 Since the eruption, the raft has broken up and dispersed, and the pumice has travelled thousands of kilometres across the ocean.

This illustrates how a catastrophic event can produce material that will travel long distance, and reminded me of the concept Gondwanaland.

Scientists have long recognized that the southern continents, South Africa, Australia, New Zealand, Antarctica and South America, have similar vegetation, referred to as Gondwana vegetation. To explain these similarities, most scientists say that the continents were once connected together into one supercontinent called Gondwanaland. They believe that during the Mesozoic, this super-continent broke apart and the continental fragments carried the vegetation to different parts of the globe.

However, we can see from what happened to the pumice that there could be a simpler explanation, one that does not involve moving vast continents tens of thousands of kilometres. Instead, it simply needs to move the vegetation across the ocean.

Noah’s Flood was an unimaginably large global catastrophe, much larger than the eruption of the volcano on Havre Seamount. As a result of that catastrophe the vegetation that was growing on the pre-Flood continents was ripped up. Much of it would have floated in enormous rafts on the ocean, similar to the pumice raft, except for one big difference. The vegetation raft would have been much, much larger.

It’s an idea I think that’s worth exploring.