[Originally published as A Reprobate Mind]

And even as they did not like to retain God in their knowledge, God gave them over to a reprobate mind, to do those things which are not convenient; Romans 1:28

Romans 1, beginning with verse 18, delineates the progressive decline of mankind’s spiritual condition into total depravity. I know the Calvinists will point out that we are all born in total depravity, and I get that.

All have sinned and come short of the glory of God. Romans 3:23

However, I am speaking from a human perspective in this case. Humans gauge good and evil very differently than God does. For example, humans view theft in degrees. Lifting a pack of Live Savers™ and slipping them into your pocket or purse when the cashier is not looking is not as bad as armed robbery of the same convenience store. Holding up a convenience store because you want to feed a starving baby is not the same as robbing that store because you need to feed your drug habit. However, to God, it’s all theft. He does not view sin in degrees.

So, back to the decline of man: Romans 1:18-32 outlines the progressive decline into a condition of irreversible depravity.

It begins with the failure to recognize God, the Creator, in the first place. One does not need the Bible to inform oneself about God. The very creation testifies to His existence. The vastness, enormity, and complexity of creation, from the unfathomable reaches of the universe beyond our solar system to the invisibleness of the subatomic world, scream that all of this is no accident.

It is all too well-balanced. It is too precise. Everything in the Creation works together and is interrelated. None of this could possibly come into existence from a freak explosion of an indefinable particle of mass somewhere in the emptiness of nothing. The thought of such a thing is absurd! Yet, the majority of humankind, if they give it any thought at all, prefers the absurd instead of acknowledging the Creator.

Therefore, “Because that which may be known of God is manifest in them; for God hath shewed it unto them. For the invisible things of him from the creation of the world are clearly seen, being understood by the things that are made, even his eternal power and Godhead; so that they are without excuse” (Romans 1:19-20, emphasis mine). God gives no excuse for denying the Creator.

From there the downward spiral begins

Since they deny God they need to replace Him with something out of their own imagination:

Close examination of such far-fetched ideas leads to a never-ending list of more unanswerable questions with just as many unsatisfactory answers. The real answer to all of these questions is GOD, but that answer is just too simple for God-deniers. So, they continue in their fruitless pursuits, and they “[become] vain in their imaginations, and their foolish heart [is] darkened” (Romans 1:21). The dark obscures clear vision. “Professing themselves to be wise, they became fools” (Romans 1:22). God calls them “fools.”¹

After that, humanity falls into idolatry.

Idolatry is not necessarily the worship of grotesque figures of strange demonic entities. Idolatry is more than that; it is the act of giving anything priority over God. This can be as innocuous as the forms of entertainment that occupy our time, or involvement in such grandiose ideas as the activist groups who want to save the planet, combat climate change, save the dogs, engage in politics, etc.

Anything that takes one’s focus away from God is idolatry. The passage in Romans explains the decline like this:

[They] changed the glory of the uncorruptible God into an image made like to corruptible man, and to birds, and fourfooted beasts, and creeping things. Romans 1:23

America pulled up anchor from the Solid Rock of God more than five decades ago and has drifted into idolatry as a nation ever since. Romans tells us the result would be that “God also gave them up to uncleanness through the lusts of their own hearts, to dishonour their own bodies between themselves.” (Romans 1:24). We see this too in the rise of pornography, homosexuality, and all forms of sodomy, pedophilia, and more.

This gives evidence that we are in the place of God’s judgment on our nation.

For this cause God gave them up unto vile affections: for even their women did change the natural use into that which is against nature: And likewise also the men, leaving the natural use of the woman, burned in their lust one toward another; men with men working that which is unseemly, and receiving in themselves that recompence of their error which was meet. (Romans 1:26-27, emphasis mine)

Unless you have been living in seclusion, or worse, you are caught up in the idolatry of this world, it should be obvious that our nation has fully sunk into the morass of all kinds of human depravity.

Except for the voices of maligned Christians, our nation as a whole gives no thought to God. “And even as they did not like to retain God in their knowledge, God gave them over to a reprobate mind, to do those things which are not convenient” (Romans 1:28, emphasis mine).

The Greek word translated “reprobate” is adokimos means “not standing the test, or not approved.” It is used in reference to metals or coins that do not meet accepted standards. They are unfit, unproved, or spurious. The English definition gives the meaning of “depraved, unprincipled, or wicked.” A “reprobate mind,” therefore, is one that is incapable of proper reasoning.

This explains much of the unrest in our country

ANTIFA claims to be anti-fascist, but they practice fascistic behavior. The BLM movement claims they support black lives, but their actions end up being detrimental to black lives. 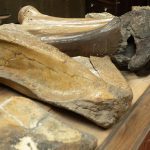 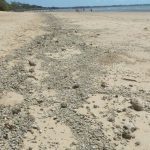