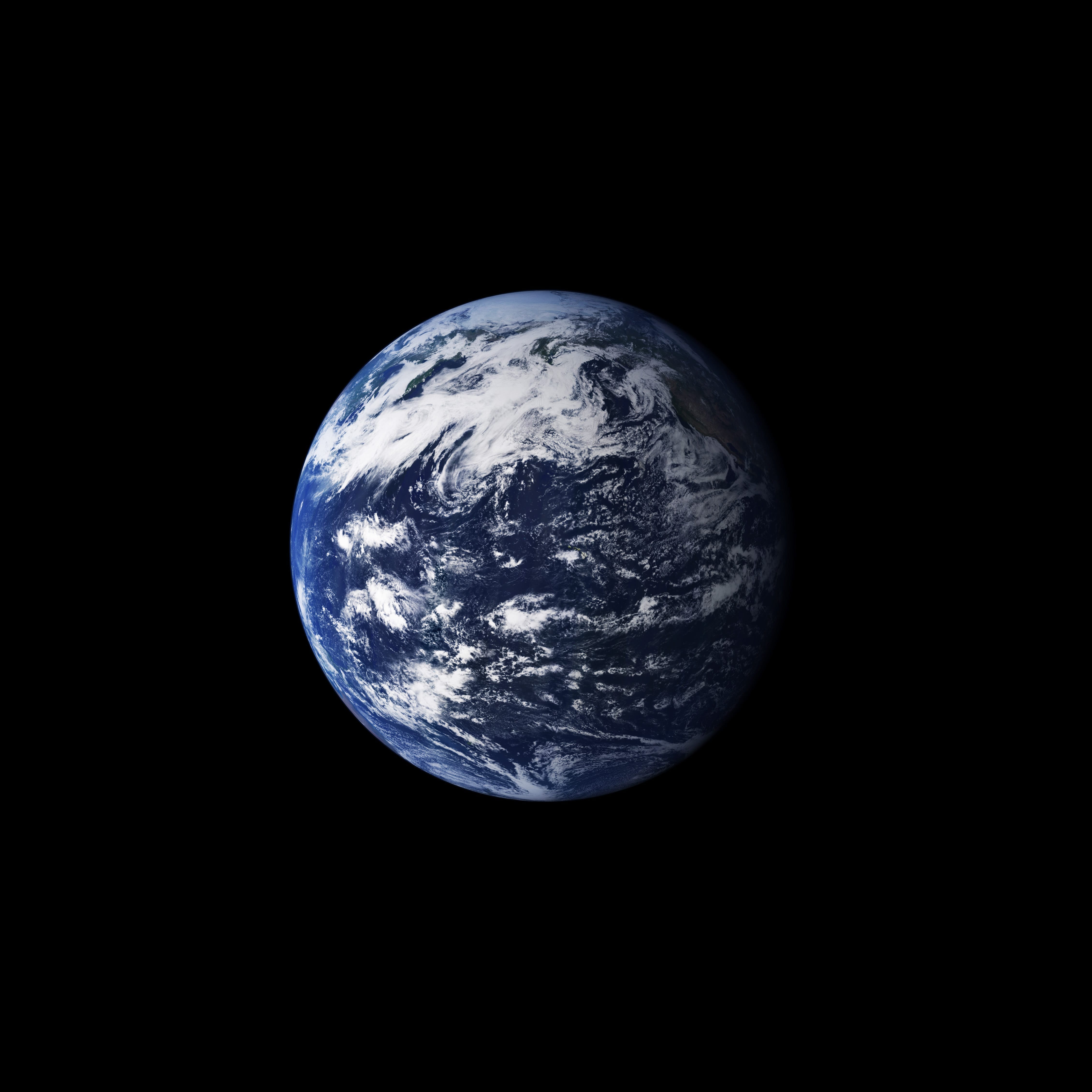 Let’s take a few moments to understand the argument from a biblical perspective.

There are a few verses commonly cited that, if taken at face value, are alleged to suggest a geocentric view of the solar system. We’ll examine a few of those throughout this section.

This issue usually rears its ugly head in one of two ways:

Objection #2 is the entire reason for the section above.

(I tackle it first because it is a bit less complex.) It is a straw-man fallacy to assert that creationists “cherry pick” which verses are to be taken literally since it is quite easily seen (as above) that one can use figurative language in an otherwise literal context.

Furthermore, scholars have suggested that biblical writers often used what is called “phenomenological language”; that is, language which is written from the viewpoint of the observer.

For example, in Exodus 32, we find Moses coming down from his meeting with the Lord to find that the Israelites, under the leadership of Moses’ own brother, Aaron, had formed a golden calf and had begun to worship it.

When Moses witnesses this, he and God have a little conversation in which God indicates He is essentially ready to wipe out the entire congregation and make a Moses a great nation anew. Moses pleads with God, and we find this strange statement in vs. 14: “And the Lord repented of the evil which he thought to do unto his people.”

But if God has foreknowledge (see Romans 8:28-29, for example), and He “changes not” (Malachi 3:6), how can God have possibly just “changed His mind?” Wouldn’t this suggest that God did not actually have knowledge of the future, and therefore, changed His mind according to a new set of circumstances?

Well, of course not.

It simply means that Moses perceived an intended action on God’s part, pleaded His case before God, and God chose not to carry out the perceived intended action. Any parent can relate. If I tell my son that I am going to spank him for misbehaving and decide instead to respond with grace by taking him for ice cream, that in no way suggests that I was ever actually going to spank him.

It just doesn’t follow. So, in this case, from Moses’ (the writer’s) perspective God simply changed His mind, even though God Himself knew exactly how the scenario would play out.2

Applied to the discussion at hand, we can see something similar going on in Joshua chapter 10. In a battle with the Amorites, God caused the sun to stand still “…until the people had avenged themselves upon their enemies…and [the sun] hasted not to go down about a whole day.”

Critics repeat this specious objection as if is the death-knell to Christianity, yet it carries no such consequence! I don’t aim to speculate on the nature of the event (i.e., whether it was entirely miraculous or God accomplished this using natural means), just simply to say that there is no error or contradiction in the way the account is written.

To say this passage teaches geocentricity would be to assume that Joshua herein meant to comment on the nature of reality based on an accurate understanding of the solar system. I see no reason to think that Joshua, though a skilled warrior, had any scientific insight as to the relationship between the Earth and the Sun.

Instead, if we assume that Joshua was merely writing about what he saw with no deeper scientific or theological speculations involved, then it becomes clear this is just a case of phenomenological language. Joshua saw the sun “stand still” in the sky; therefore, that’s what he wrote.

Further, this approach is scientifically acceptable, to boot! Henry Morris has long ago noted that,

One trivial objection to the long day account is that the writer made a scientific mistake when he said that the sun stood still. The sun does not move, it is argued, so Joshua should have told the earth to stand still. The sun does move, however, and so does every star, planet and satellite in the universe, so far as known. Scientifically, every motion must therefore actually be expressed as relative motion, using some arbitrarily assumed reference point of zero motion. The latter is normally chosen for maximum convenience and simplicity of calculations. As far as relative motion of the sun and the earth is concerned, the optimum method normally is to define the point of the observer as the point of zero motion. Thus the most scientific approach is (as in the Bible) to assume that the sun moves relative to the earth.

has a few more layers, but also reduces to nothing more than unfounded speculation on the part of the critic.

Let’s break down the argument a bit.

First of all, we have already seen one such example (arguably the most popular) in which the Bible’s alleged “geocentric teachings” are actually not that at all. Let’s look at another.

Faulkner points out a critical evaluation of the word-choice used by the KJV translators in Psalm 93:1 in a lengthy portion of his above-mentioned paper:

Bouw quotes part of Psalm 93:1 from the KJV, ‘ … the world also is stablished, that it cannot be moved’.16 He claims that ‘stablish’ is the proper translation as opposed to ‘establish’, that is used in most modern translations. He states that the former word means to stabilize, while the latter means to set up. However, none of the English dictionaries (including the Oxford) I consulted support this distinction. All of the dictionaries revealed that ‘stablish’ is an archaic variation of ‘establish’. Bouw further alleges that this subtle distinction is also present in the Hebrew. This is patently not true, as can be demonstrated with Strong’s Concordance. The Hebrew word used in Psalm 93:1 is kûwn, which is translated as ‘stablish’, ‘stablished’, and ‘stablisheth’ only one time each outside of Psalm 93:1. The same word is translated as ‘establish’, or ‘established’, 58 times elsewhere in the KJV. A closely related Hebrew word, qûwm is translated ‘stablish’ three times and as ‘establish’ or ‘established’ 28 times in the KJV. Indeed, kûwn appears twice in 2 Samuel 7:12–13, but is rendered ‘establish’ and ‘stablish’ in the same passage. Thus the distinction that Bouw claims in these two words does not exist in either Hebrew or English. Bouw uses this unfounded distinction to draw some questionable meaning from 1 Chronicles 16:30 and Psalm 96:10,18 where the word ‘establish’ is used in the latter verse. These passages declare that the world is not to be moved, from which Bouw concludes that the world does not move.

This is fallacious. The Hebrew word for ‘moved’ (mowt) is in the niphal stem, which often refers to the passive voice, as indeed it does here. This is reflected in the English translations—to be moved or not to be moved suggests the action of an external or causative agent to bring about change in position, but does not exclude the possibility of motion apart from an external agent. Bouw frequently chides those who disagree with him on Biblical passages that speak of the rising of the Sun by claiming that they accuse God of being a poor communicator. Therefore, we may apply Bouw’s standard to his own work: the Lord could have rendered these passages to read, ‘… the world does not move’, if that is what He intended. As is, these passages are hardly geocentric.”

Generally speaking, I find that a common theme among critics of biblical creationism (whether evolutionists or old-age-affirming Christians) is to use poetic passages of Scripture in an attempt to determine scientific meaning.

On the one hand, evolutionists have no stake in the game and are largely ignorant (for understandable reasons–see 2 Peter 3, Proverbs 1:7, Colossians 2:3. etc.) to matters of biblical exegesis and interpretation. And yet, they often back-hand creationists for interpreting the Book of Genesis as factual history, despite the solid research confirming its literary genre.

On the other hand, those Christians who affirm old-age geology/cosmology and also claim to hold a high view of Scripture often commit the exact opposite error, using poetic books (such as the Psalms) to interpret the historical writings in Genesis!

Neither case demonstrates good exegesis, but rather, fallacious eisegesis. There is no precedent according to which historical narrative should be reinterpreted using poetic language–not in today’s writings, and not in the writings from the ancient Near East.

Additionally, according to Faulkner,

Much of the case for geocentrism relies upon many Biblical passages that refer to sunrise and sunset. Geocentrists argue that since the Bible is inspired of God, then when He chose to use such terminology, the Lord must mean that the Sun moves. By this reasoning, virtually all astronomers and astronomical books and magazines are geocentric, because ‘sunrise’ and ‘sunset’ is exactly the language that such sources use.

This objection is silly, inconsistent, and is also subject to the above discussion on phenomenological language.

There is yet another issue to be addressed, although this one’s a bit more controversial

In the argument, if it can be shown that the Bible supports geocentrism and is, therefore, fallible, does it necessarily follow that the Bible is false?

Although most Christians (including myself) hold that the Bible is inerrant and infallible, it would not become wholly false according to any logical necessity were the assertion that it teaches geocentrism proven to be true.

Many scientific journals and magazines in print at this very moment make conjectures that will be almost certainly be falsified in the near future. That’s how science works! Does it follow from that premise that every other claim in the journal is false? Of course not.

In fact, there are many God-fearing Christians who, although I stand in stark disagreement with them, are not biblical inerrantists. That is to say that while they believe the Bible speaks correctly about Jesus of Nazareth and the theological truth it presents, they are open to the possibility that some matters of a historical and scientific nature are incorrect.

In sum, these objections fall flat on all counts. The passages in question are either exegeted incorrectly or the claims are based on a misunderstanding of biblical inspiration, and even if it could be shown that the Bible teaches geocentrism, it would not follow logically that Christianity is false. 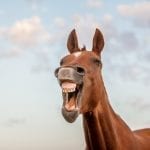