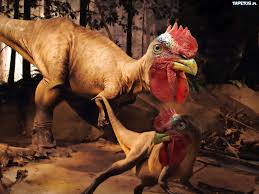 What happened to me as a small child in west Tennessee in the late 1970s constitutes one of my earliest childhood memories. I was only three or four years old and had tagged along with my dad to visit some friends. While he went inside the friends’ house, I was allowed to stay outside to play in the yard. Looking for something to do, I spotted a few small, free-roaming chicks. Just as any child would do when he saw a soft, fluffy, baby animal, I walked over to the chicks with the intention of giving them a good petting. Unfortunately, about the time I reached to pick one up, a large, terrifying, squawking mother hen charged directly at me. I, of course, ran and screamed hysterically.

Hearing my dad recount what happened on that day in the midst of friends and family members occasionally has made me feel less than valiant. However, if evolutionists are correct, I may have a respectable reason for my retreat from the mother hen: “It was like being chased by a Tyrannosaurus rex.”

According to a recent report, “T. Rex Thigh Reveals Chicken Family Ties” (2007). Because proteins have been extracted from an alleged 68-million-year-old Tyrannosaurus rex bone, which scientists say have certain “similarities to those of chickens” (“Tyrannosaurus Rex…,” 2007), some think it is safe to say that chickens evolved from dinosaurs. Prominent dinosaur-fossil hunter, Jack Horner, went so far as to say that this new information “changes the idea that birds and dinosaurs are related from a hypothesis to a theory” (“Protein Extracted…,” 2007). Another evolutionist, Matt Lamanna, who works as curator of the Carnegie Museum of Natural History in Pittsburgh, commented on this news, saying it was “another piece in the puzzle that shows beyond the shadow of a doubt that dinosaurs are related to birds” (“Protein Extracted…”).

As much as I might like to justify my trepidation of mother hens, the truth is, similarities between the collagen of T. rexes and chickens do not prove ancestry anymore than similarities between human and ape DNA prove common ancestry. [Apologetics Press has addressed this issue thoroughly in the past; see Harrub, 2005a; see also Harrub and Thompson, 2002.] Creationists have long recognized similarities between animals and humans. In fact, such similarities (even on a cellular level) should be expected among creatures that drink the same water, eat the same food, breathe the same air, live on the same terrain, etc. But, similarities are just that—similarities. Evolutionists interpret these similarities to mean we all share common ancestors, yet they cannot prove it. It might make for a nice story, but it does not, as evolutionist Matt Lamanna proposed, show “beyond the shadow of a doubt that dinosaurs are related to birds” (“Protein Extracted…”).

Unfortunately, one remarkable element of this story continues to fly under the radar: flexible, fibrous, resilient, non-fossilized collagen was discovered in a dinosaur bone that purportedly is 68 million years old. What is collagen doing in an alleged 68-million-year-old bone? Are we supposed to believe the bone simply sat around for 68 million years (or 24.82 billion days) without completely fossilizing or decomposing? Indeed, as one writer commented, were such aged collagen still on Earth, it must have been “miraculously preserved” (Gebel, 2007). Creationists believe that a better, more logical, and less biased answer is that the T. rex bone is not 68 million years old, but only a few thousand years old.

[For more information on the soft tissue from this dinosaur and others, see Harrub, 2005b.] 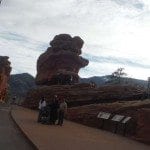 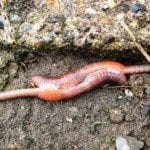