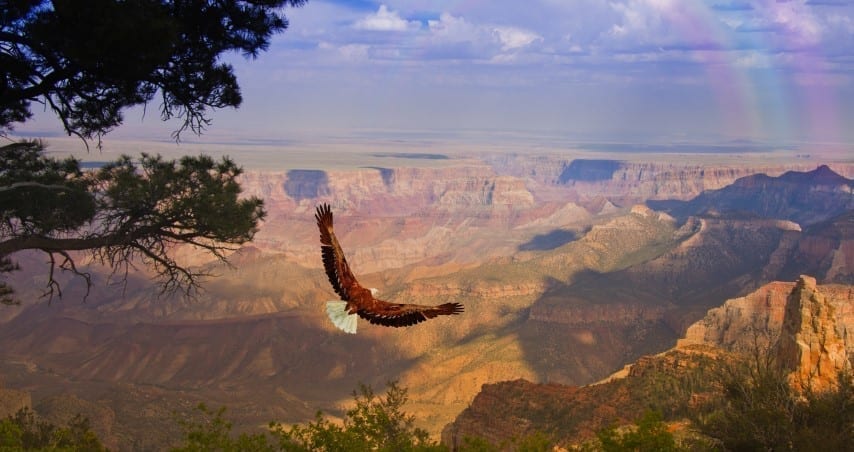 On a recent trip to Arizona to speak at a convention, we traveled into the northern part of the state and some surrounding areas. This region is rich in a wide variety of scenery, and certainly the explanations abound as to how these things came to be. Common to ALL interpretations (especially at “official” centers) is the assumption of “millions of years”.

We’re all familiar with the Grand Canyon. This is truly one of the most spectacular site s in our nation. Photographs cannot possibly do it justice. As you stand in awe of this magnificent, gaping hole, the natural question is:  How?! The standard explanation is that the Colorado River carved it over millions of years.

As you move on to other interesting sites, similar explanations involving huge amounts of time are given for the mountains, the fossilized tree s in the Petrified Forest, the formations in Monument Valley area, etc.

But, there is a better explanation – — one that’s more interesting, much more catastrophic, and FAR more recent.  Genesis describes a global flood that destroyed the whole earth! God even told Noah that it would (see Genesis 6: 13). The huge strata (sedimentary) deposits found all over the earth stand in mute testimony to this.

But, what gouged out this huge canyon?  Everybody agrees that i t was done by water, but how? There are three possibilities: 1) it was carved by the river over a huge amount of time, or 2) It was carved by receding waters from the flood of Noah’s time, or 3) it was a rapid, post – flood event.

Let’s look briefly at the three. The first account is the standard explanation that stands in support of the evolutionary theory. Much has been written about the fact that this explanation is woefully inadequate. For more information on this, may I suggest In the Beginning, by Dr. Walter Brown, or Grand Canyon, a different view, by Tom Vail. Personally, I will limit my comments on this to the following: If the Colorado River carved this canyon, isn’t it interesting that all other major rivers around the world haven’t carved similar canyons along their routes? \

The second option seems much closer to reality. Huge amounts of sedimentary layers were produced by the global catastrophe and covered the earth like a blanket.  The Bible describes (in Genesis 8) the drainage of these waters off of the earth and into the ocean basins. Moving water can be very erosive, and it certainly was possible that receding flood waters cut this canyon deep into the earth. However, step back from the event and consider a few things. First, if this is when the erosion that formed the canyon took place, then it would have been within the time scope of Genesis 8, and no human would have witnessed this.  Second, the sediments all over the earth – not just those in Arizona – would have still been “soft”. It seems likely that ALL of the newly – formed drainage areas and rivers would have cut deep canyons like this all over the world as they receded to the ocean basins. But they didn’t. That brings us to the third possibility…

Dr. Brown has theorized that the drainage from the flood produced some huge, post – flood lakes. Because of local conditions, many of these lakes eventually dried up. Others remain to this day, but still others grew. Eventually, the natural dams holding these large lakes gave way, and water began to pour through the gap. The more this happened, the wider the gap grew, until the entire lake surged through catastrophically, and carved the canyon rapidly. It is feasible that this could have taken place well after the flood – even well after the dispersal from Babel! Therefore, it is possible that some people were indeed aware of the events as they happened! In fact, there are local Indian legends that speak of a sudden, great flood which left the Grand Canyon as a result.

This brings us back to the convention in Arizona. While at my table area, a Christian Navajo began to talk with me about the canyon. He said something fascinating. He related to me how he had asked one of his employees – a fellow Navajo, who was going up to the northern part of the state – to ask the tribal elders how the canyon came into existence. Upon his return, the man said that the elders told him that long ago, there was a sudden shaking, like an earthquake. When it was all over, they traveled to the source of the sounds – and there was this big hole!

An earthquake caused perhaps by the rushing of a huge amount of water? Perhaps. Or, just a legend? Perhaps. But, again, maybe not. This “legend” fits in very well with what many scientists are now concluding as a very plausible scenario:  Post – flood. Swift. Catastrophic. And perhaps…..even witnessed! 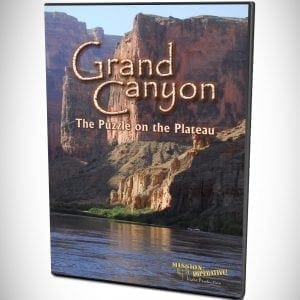 Grand Canyon: The Puzzle on the Plateau | DVD | Mike Snavely

The Grand Canyon is one of the most breathtaking sites in the world. First time visitors often stare, spellbound.…“How did this happen?!” Standard geological interpretations (that always involve millions of years) cannot explain many of the strange features and anomalies.  On the other hand, creationists have often assumed that receding flood waters formed the canyon. This view includes its own set of problems that cannot be explained. So, like a great, intriguing mystery, the canyon has been quietly guarding its secrets.

As it turns out, the pieces of the puzzle have been lying in full view all along, but nobody properly fit them together until Dr. Walter Brown, president of the Center for Scientific Creation (CSC), unlocked the “puzzle on the plateau”. His pioneering research has taken him far beyond the canyon itself. Amazingly, the events that carved the canyon also explain most of the fascinating geological features in the entire area (e.g. Monument Valley, The Petrified Forest, Canyonlands, Arches, etc.). Furthermore, they all formed very quickly! How?! 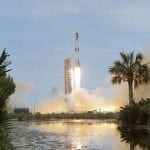