Many people, including many Christians, take the idea of millions of years for granted. They simply assume it’s true and try and fit the long ages somehow into the Bible. But it wasn’t always this way. The earliest geologists used the Bible’s framework of a few thousand years of history and a word-changing global Flood to explain the rock layers and fossils. But then along came geologists who rejected God’s Word (and, largely, ignored God.) They sought to explain everything they saw through naturalistic assumptions and the idea of long ages for earth’s history became popular.

But some geologists, known as the catastrophists, argued that there was evidence of catastrophes in earth’s past and this was evidence for Noah’s Flood. They still accepted the long ages, but said that some layers showed evidence of the Flood. This subtly undermined God’s Word, by reinterpreting Genesis, and allowed long ages of time to creep into the church.

But with the publication of Charles Lyell’s Principles of Geology this idea fell out of favor and the idea that EVERYTHING can be explained by slow and steady processes over eons of time became popular. His work completely ignored the Flood, and catastrophism eventually died out. With it, the idea of a Flood that shaped geology.

When the idea of millions of years began to increase in popularity, many Christian leaders, (who didn’t want to appear “unscientific”) added these ideas into Scripture. They reinterpreted the days in Genesis or added gaps, and changed the global Flood to a local or peaceful flood that didn’t influence geology. They believed, like so many today, that the geologists had proven the millions of years and that they had no choice but to reinterpret the Bible to accommodate these ideas.

But these geologists hadn’t proved millions of years! They had interpreted the rock record and fossils through the lens of their assumptions about the past. They had already rejected God’s Word and sought to explain history without Him. What the church didn’t realize is they weren’t accommodating science—they were simply accommodating anti-Bible and anti-God philosophies!

The Bible warns us to beware of man’s philosophies. We’ve been given the true record, and it doesn’t start with “In the beginning, protoplasmic goo.” 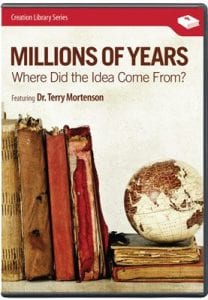 In this update of Dr. Terry Mortenson’s most popular presentation, he introduces the men and the theories that helped popularize the idea of millions of years of earth history. 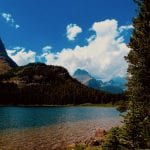 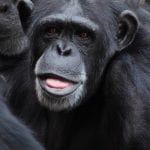