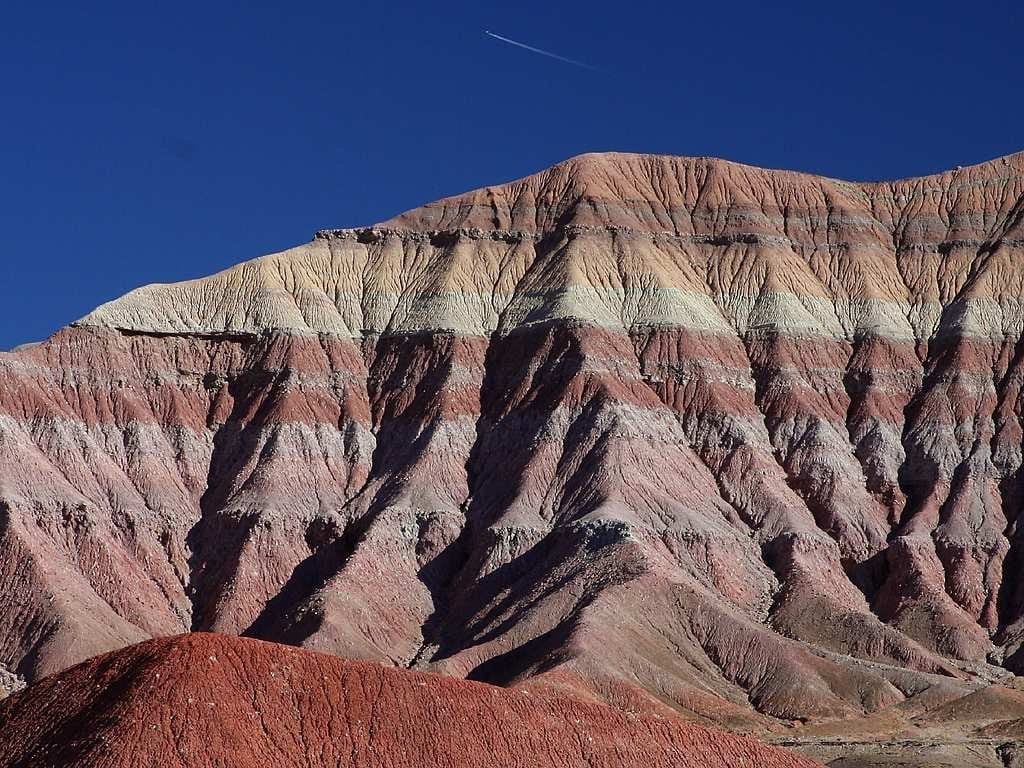 [Originally published as A Young Earth with Critical Thinking]

Martin Rudwick’s book Earth’s Deep History: How It Was Discovered and Why It Matters came out in 2014. Martin Rudwick is professor emeritus of history at the University of California – San Diego as well as affiliated scholar in the Department of the History and Philosophy of Science at Cambridge.

Rudwick seems to think that Aristotle and Plato go against the young Earth view, but both philosophers favored biological essentialism and Plato wrote of the disaster that destroyed Atlantis. Once you favor huge catastrophes, then it becomes clear that most of the rock record was formed rapidly. And without major time gap between the layers (search “paraconformity”), then “Millions Of Years Ago” (MOYA) goes extinct.

Interestingly, Earth’s Deep History gives a critique of those scientists who go for Young Earth Science (YES) in an appendix at the back of the book. A more balanced and related book is by my History of Science professor David Kitts, The Structure of Geology. Kitts work is one of the primary tomes on the Philosophy of Geology. Kitts studied with Dobzhansky, GG Simpson (the greatest paleontologist of the 20th Century), and taught in three departments at the University of Oklahoma: History of Science (where he was chairman), Geology and Philosophy. 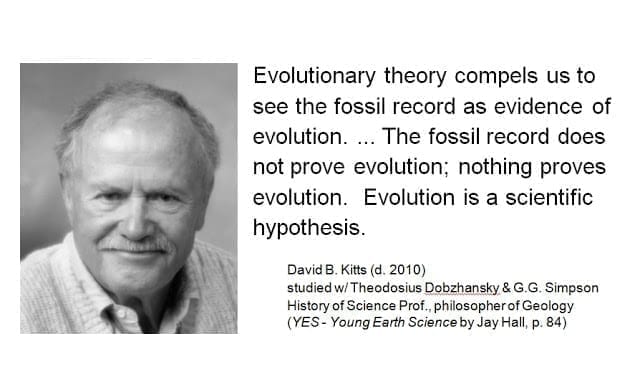 Kitts not only stresses the importance of presuppositions and worldview as geologists practice their trade, but also calmly discusses the challenge of overthrusts (older strata over younger beds) to mainstream science.¹ Kitts realized that much of our geologic knowledge is limited, even with respect to radioactive dating.² He further pointed out that the philosophical basis for saying that the fossil record “proves” evolution is weak.³ You can hear my interview with Dr. Kitts here.

Surprisingly, Rudwick’s book does not contain the name “Ager” in the index. Former President of the British Geological Association, Derek Ager, wrote an entire book on episodic geology: The New Catastrophism. He even wrote a book as early as 1973 defending the thesis that most formations were created rapidly (The Nature of the Stratigraphical Record). On the other hand, Rudwick does cover catastrophism to some extent, such as the Great Missoula Flood which was highlighted in a NOVA episode.

Rudwick deals with the Ice Age, which is no problem for Young Earth theory. I argue in my book Is a Young Earth Possible? that a recent global catastrophe is the key to explaining the Ice Age.4 Huge volcanism causes massive evaporation and precipitation.

In chapter ten of Earth’s Deep History, Rudwick writes on the oceans. The ocean floor in many places is covered with Manganese (Mn) nodules which are somewhat like pearls and grow from small bits of basalt and other materials. The measured growth rates of these nodules indicate an age of only thousands of years.5

Rudwick deals with the Cambrian period many times in his book. In the Cambrian, we find larger life forms compared to the Pre-Cambrian, some up to two feet. It’s a seldom mentioned fact that there is a Great Unconformity at the Pre-Cambrian/Cambrian boundary, as you can see in the Grand Canyon, which points to a global catastrophe.

Rudwick explains radiometric dating on a number of pages, but does it really deserve the trust as a perfect clock that many scientists give it? Geologist Bates McKee, writing in a book on the geology of the Pacific Northwest (McGraw-Hill), makes this stark admission:

One might imagine that direct methods of measuring time [radiometric dating] would make obsolete all of the previous means of estimating age, but these new “absolute” measurements are used more as a supplement to traditional methods than as a substitute. Geologists put more faith in the principles of superposition and faunal succession than they do in numbers that come out of a machine. If the laboratory results contradict the field evidence, the geologist assumes that that there is something wrong with the machine date. 6