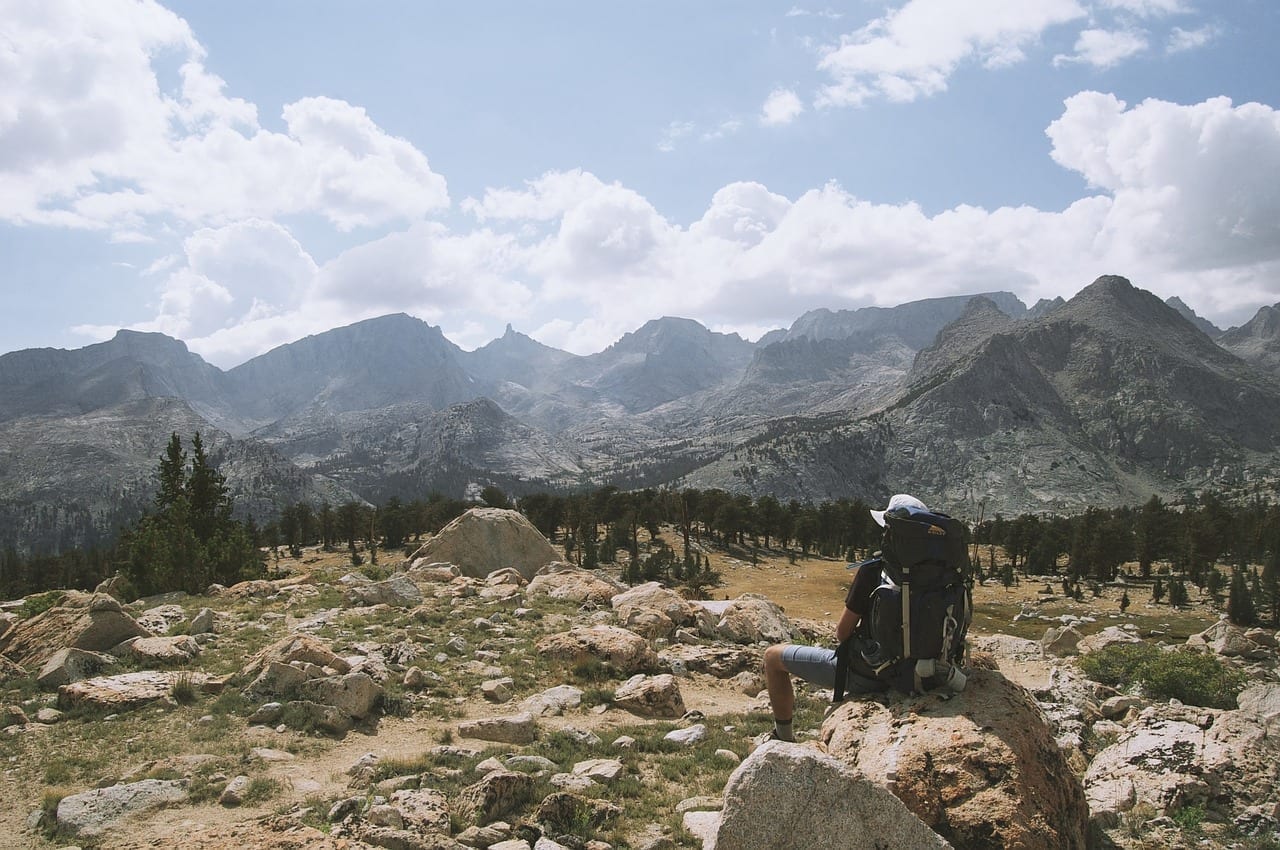 In 1977, the worst winter of the century struck the United States. Artic cold ripped the Midwest for weeks on end. Great blizzards paralyzed cities of the Northeast. One desperate night in Buffalo, 8 people froze to death in their own cars…. The brutal Buffalo winter may be common all through the United States. The climate experts believe that the next Ice Age is on its way. According to recent evidence, it could come sooner than anyone expected. And weather stations from the far North report that temperatures have been dropping for thirty years.

The above was the introduction of a 1978 documentary featuring Leonard Nimoy (1931-2015), the iconic character, Mr. Spock, from the famous science fiction television series Star Trek. As one of the 50 greatest TV characters named by TV guide, his popularity would bring value in his narration announcing a future cataclysmic, worldwide ice age.

The documentary included world-leading climate scientists and was sponsored by the US Army and the National Science Foundation. There were many academicians and climate scientists who believed at the time that the Earth was headed on a pathway of dramatic cooling during the 1970s. Global mean surface temperatures reported by the National Aeronautics and Space Administration (NASA) and Goddard Institute for Space Studies (GISS) actually dipped down in the 1940s and remained in a downward plateau moving up and down until the 1980s.

Today we hear the same apocalyptic cry, but this time it is all about global warming. The argument is more intense because they found the culprit—humans. We have been blessed by God to have made great strides in technological advances which has increased the standard of living to an unimaginable level for this generation. With these advancements, we have developed a greater need for energy.

Because man’s yearly use of fossils fuels producing CO2, there are many people, including the public media, who point to this gas as the magic bullet for global warming. We are told that this invisible gas, an important compound for the existence of life on Earth, is the reason why the Earth is warming up dramatically, resulting in glaciers melting faster, causing ocean levels to rise more quickly, and endangering millions of lives in low level areas.

All the blame is put on man’s dependent use of fossil fuels which is identified in three major forms: coal, oil, and gas.

The Environmental Protection Agency (EPA) is an independent governmental agency that began in 1970 under president Richard Nixon. It was created with the responsibility to maintain and enforce national standards. During President Obama’s term, the EPA aggressively sought to reduce man-made CO2 levels through the introduction of regulating policies that impose specific guidelines that will impact the cost of energy.

This world effort has resulted in climate accord in Paris adopted by a consensus of 196 on December 12, 2015. The important goal reached by this Paris climate accord was to reduce global temperatures to a limit of 1.5° C increase by reducing the emission of CO2 to 40 gigatonnes. President Obama announced on October 4, 2016 in the Rose Garden, “This agreement will help delay or avoid some of the worst consequences of climate change and will help other nations ratchet down their emissions over time.”

The Trump administration withdrew from the Paris climate accord on August 4, 2017.

The Paris climate accord will result in higher costs of energy, affecting the whole world and especially the poor. How is this going to affect countries like India? India represents 1.3 billion people, four times the population of the United States. India cannot afford to follow these standards and will use coal because it is affordable as a basic source of electricity.

Many third world countries would starve and be forced into deeper poverty and death if the cost of energy increases. The founder and national spokesman of Cornwall Alliance E. Calvin Beisner, PH. D agrees as he stated in the new DVD, Where the Grass is Greener 2, “It involves a serious threat to basis of prosperity, and I don’t mean to America’s middle class, I mean fundamentally to those who struggle the most to make ends meet—the poor around the world.”

There are as much as 1 billion dollars spent today on the global warming hypothesis caused by the emissions of fossil fuels. These worldwide policies enacted on this hypothesis will make the cost of energy higher and as James Tonkowich, columnist from religion today.com, sums it up, “The risks of poverty are known and absolutely certain; the risks of climate change are conjectural.” This now becomes a question of ethics.

Is CO2 the Cause?

The big question: Is CO2 the basic factor for global warming?

The EPA refers to CO2 as a reference greenhouse gas that is affecting the Earth’s radiative balance so that the Earth is keeping more heat than it is letting out. The EPA and other governmental agencies at a worldwide level are measuring the levels of CO2 as a principal standard to set policy goals to regulate and decrease the amount of CO2 in the air.

The EPA has even classified CO2 as an industrial pollutant along with poisons like Sulfur Oxide, Nitrogen Dioxide, and Mercury which are known health hazards. It should be noted that CO2 compound is essential for plants to grow which is the basic foundation of the food chain.

Without plants – without CO2 – there would be no life.

It is preposterous to think that the trace amounts of CO2 that men produce is a pollutant and has the potential to cause catastrophic effects to the planet. In dry air there is only 0.04% CO2. This amount is so small that it is considered a trace gas. In this small fraction of air, most of this trace gas (95%) is produced from the natural processes in the oceans, the Earth’s activity through volcanoes, plants, and microbe activity. Man only adds 20 parts of CO2 per million parts of air.

A huge assumption is made that these small increments of CO2 made by man has such negative effect on the Earth when measured in parts per million (ppm.) This number mathematically appears insignificant, but the global warming enthusiasts make a big deal of it. They make the assumption that this small amount of CO2 is causing the Earth to heat-up catastrophically.

Global warming enthusiasts are aware of this, but have concluded that these small increments after a period of time are additive, affecting the carbon cycle. This cycle is observable and can be measured by how much CO2 is given off to how much is absorbed.

We see that the Earth is actually absorbing almost half of the tiny excess that man has produced. According to Roy Spencer, a climate scientist who was a Senior Scientist for Climate Studies at NASA, stated in a 2017 publication, An Inconvenient Deception: How Al Gore Distorts Climate Science and Energy Policy, states, “This is because life on Earth depends upon CO2. It loves that stuff.”

Recent satellite data supports that the Earth is becoming greener. We should acknowledge that the Earth was created with resilience and variability when we look at how God creates in excellence as stated in Genesis 1:31:

And God saw everything he had made, and, behold it was very good.

One needs to understand that climate measurements go up and down. This is what we see in the variability of CO2 in the atmosphere. As Spencer states,

It varies because the natural flows of CO2 in and out of the ocean and land surface can vary, mainly depending on whether there is an El Niño and La Niña in progress.

It is never a constant because climate, just like weather, is a complex phenomenon that is difficult to predict. We need to consider variables like climate scientist Roy Spencer mentions,

In climate systems, in addition to gravity, the turbulent fluid flows of the atmosphere and ocean, evaporation, clouds, precipitation, ice sheets, vegetation and wide variety of processes that make a chaotic soup of competing forces and energy transfers.

We can look at our own experiences and see how weather predictions are wrong in spite of technological advances made today in meteorological industry like radar, satellite data, and the list goes on. There are so many variables to keep track of for future predictions just one week ahead; what about a year, 20 years, or more? This makes the global warming hypothesis dubious.

The secret that needs to be known to all is that there are inherent uncertainties when it comes to how the Earth’s climate changes naturally. Global warming enthusiasts have consistently proclaimed the end is near, as exemplified in an Al Gore Statement in 2006,

Within the next 10 years, the world will reach the point of no return.

So what happens? Worldwide temperatures varied as usual with increasing trends. For example, the Little Ice Age occurred from about 1400 to 1700 AD. Since then the Earth has been warming, with ocean levels rising slowly. It is not new phenomena, actually. It will continue until the Earth becomes cooler again. Historical data suggests that climate has a history of being cyclical with regional temperature fluctuation trends rising and falling.

There has been no increase in the number and strength of hurricanes that Al Gore and his followers have predicted. Perhaps it is not as bad as the public media claims and the Earth is going through a warming period that will soon end.

Man historically has found hydrocarbons, which of course include fossil fuels, as reliable sources of energy because they are affordable. Fossil fuels are also efficient because other alternative fuel sources use more space and require more resources such as those used in solar or wind.

The Lord has given man not only the gift of dominion but also the ability to become good stewards of this planet as stated in Genesis 1:26 and 28. God has endowed man with intelligence and creativity to solve problems on this Earth. There are numerous projects funded by the government to use the small increments of CO2 left over to increase growth of edible plants including seaweed.

As we look at God’s Word, we see that man will not destroy this Earth—but God will, as 2 Peter 3:10 predicts. First, the heavens and Earth will perish in fire, and then in verse 13 he points out there will be new heavens and Earth where the righteous will dwell at the end times. 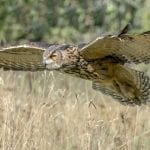 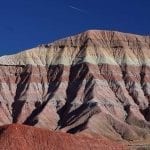