A black hole is not a star but assumed to be the carcass, so to speak, of certain stars after their deaths. If there are black holes that “shouldn’t exist,” because standard theory cannot account for the circumstances of their formation, they then become another kind of problem with star formation.

If the Big Bang theory were true, this black hole at 12.8 billion light-years away containing the mass of 12 billion suns wouldn’t be there. But it is. The black hole that shouldn’t exist is described in a 2015 Nature paper, a 2016 Science News “not enough time” report, and in this EuroNews video:

There’s also a nearby massive black hole that “should not even exist,” but it does, according to Prof. Liu Jifeng who headed the stunning research published in the March 2019 journal Nature, the formation of which “would be extremely challenging within current stellar evolution theories.”

Which Came First, Stars or Galaxies?

A chicken-or-egg uncertainty applies also to the universe. In 1931, Georges Lemaître, father of the big bang theory, spoke to the British Association in passing of the “formation of extra-galactic nebulae out of a uniform mass of gas or stars…” but, which was it? Then, almost 70 years later, according to John Maddox, physicist and 23-year editor of the journal Nature, scientists still couldn’t determine:

Which objects came first, stars or galaxies? Theoretical science offers no clear guidance, while observations of the distant (or early) universe do not yet go back far enough. The general (and fair) assumption is that the first objects in the sky would have sprung from naturally occurring variations, or fluctuations, of the density of matter in an otherwise uniform gaseous cloud. Places where the density of the matter is, by chance, greater than the average would sometimes grow by gravitational attraction at the expense  of neighboring patches and then, having become still more massive, would attract further gas until they had assembled enough to make a star, or perhaps a whole galaxy. — John Maddox, What Remains to be Discovered, pp. 48-49 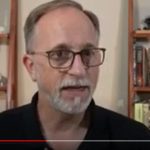 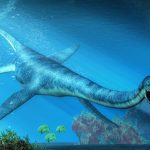