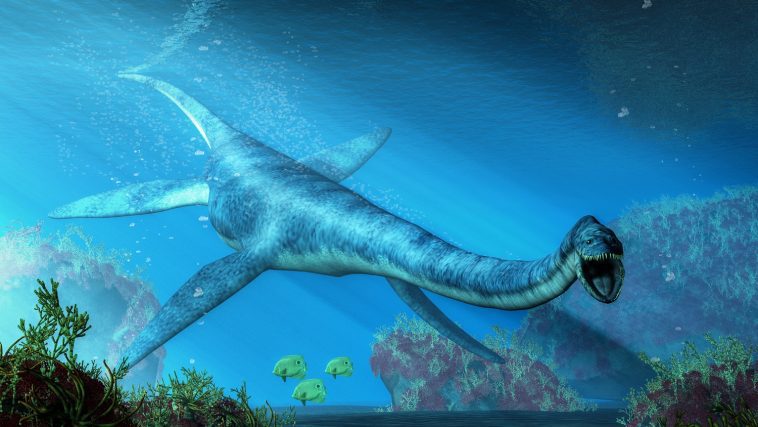 The term “dragon” was used for extinct massive creatures found before British paleontologist Richard Owen (1804-1892) first coined the term “Dinosaur.” It is interesting to note that in the British Museum of Natural History there are large fossilized bones of marine reptiles stamped “SEA-DRAG.” According to creationist researcher Vance Nelson, the author of Untold Secrets of Planet Earth: Dire Dragons (2012), this was short for sea dragon. He states, “This, along with other evidence and accounts, shows that the early paleontologists often referred to these creatures as dragons, both before and after the word dinosaur was used.”

Before Owen’s discovery of dinosaurs, large kinds of extinct marine reptiles that lived on land alongside the dinosaurs were classified as “Sea-Dragons.” This distinctive category included the Ichthyosauri (Ichthyosaurus) and Plesiosauri (Plesiosaurus). Both are extinct kinds of large marine reptilian animals. Over a hundred-year period, geologists of the day identified these fossils as kinds of fish, crocodiles, and dolphins, but until this complete skeleton was discovered in England in 1834, the Ichthyosaur was categorized as a Sea Dragon. 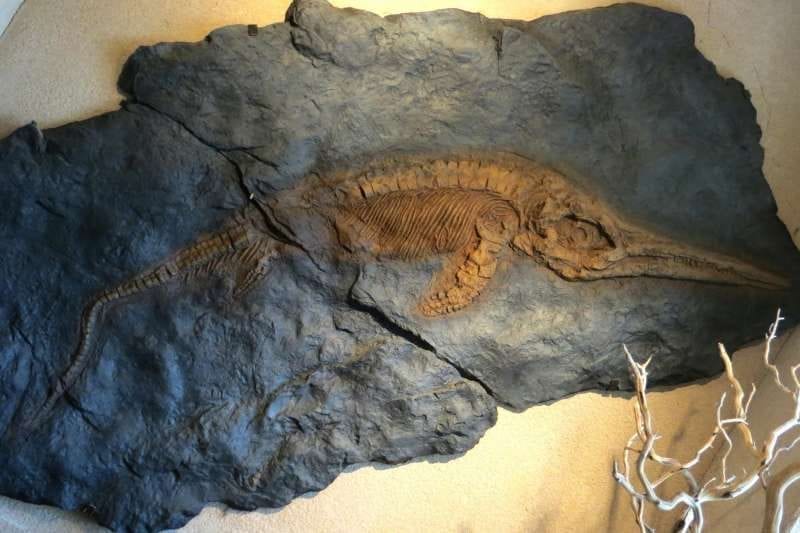 Dr. William Buckland, professor of Geology at Oxford, was the first scientist to work with these creatures. In his book, Geology and Mineralogy, Considered with Reference to Natural Theology (1836), he gave the following description:

Thus, in the same individual, the snout of a Porpoise is combined with the teeth of a Crocodile, the head of a Lizard with the vertebra of a fish, and the sternum of an Ornithorhynchus (platypus) with the paddles of a Whale. The general outline of an Ichthyosaurus must have most nearly resembled the modern Porpoise, and Grampus (Orca). It had four broad feet, or paddles, and terminated behind in a long and powerful tail. Some of the largest of these reptiles must have exceeded thirty feet in length.

It became apparent as the paleontologists of that time started to put all the fossil evidence together that they had found creatures that were extremely puzzling. Some of them had never been seen before, and the name “Sea-Dragon” was considered an appropriate term. The English word dragon is derived from Greek, “drákōn,” which relates to a serpent or reptilian type of huge creature. These fossils represented some sort of monster of the sea that had the potential to be a dangerous predator.

Could this fearsome creature, who inhabited the warm and shallow oceans in the past, be the monster addressed in numerous maritime accounts? Could these have wreaked havoc on those who used the sea for transportation and a food source?

Another Sea Dragon was the Plesiosaurus. Like the Ichthyosaurus, it had “saurus” at the end of its name inferring that it was a giant marine reptile. Measuring a modest 11 feet, it was named in 1824 after an almost complete skeleton was found in England in 1823. It had unique features, such as two pairs of elongated large paddles, a long slender neck, a small pointed head with teeth, and a broad, flat body with a tiny tail. It had nostrils on its head, and it was believed to be air-breathing and warm blooded. This very popular Sea Dragon had a plethora of fossils that have been collected over the years, many of them recently. Since 1990, there have been 17 new kinds of plesiosaurs discovered, thereby doubling the varieties that are known today.

The Plesiosaurus was a general category in which all of the long-necked Sea Dragons, including the Elasmosaurus (pictured at the top), were placed. This 34-foot giant was found in Fort Wallace, Kansas in 1868. It was first named by Edward Cope (1840–1897), one of the most famous paleontologists during the Great Dinosaur Rush, or, Bone Wars (1877–1892) in America.

A great rivalry took place between Cope and another renowned American paleontologist, Othniel Marsh (1831–1899). They discovered dinosaur fossil bone beds located in Wyoming, Colorado, and Nebraska. This area is known today as the Morrison Formation. It was, and still is, prolific at producing a plethora of dinosaur kinds including the Triceratops, Stegosaurus, Allosaurus, and many others.

Both men savagely fought to reach dinosaur sites. They spied on and stole from each other. Sadly, they also eventually destroyed each other’s reputations. It was Cope’s discovery of the Elasmosaurus that brought Marsh’s attention to an embarrassing mistake that would separate these two men for as long as they lived. Cope had mistakenly put the head on the tail end of his discovery because he did not account for the correct orientation of the vertebrae as well as the Elasmosaurus’ long neck.

In Marsh’s words, “When I informed Professor Cope of it, his wounded vanity received a shock from which he has never recovered, and he has since become my bitter enemy.” 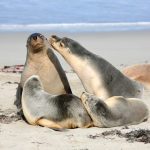