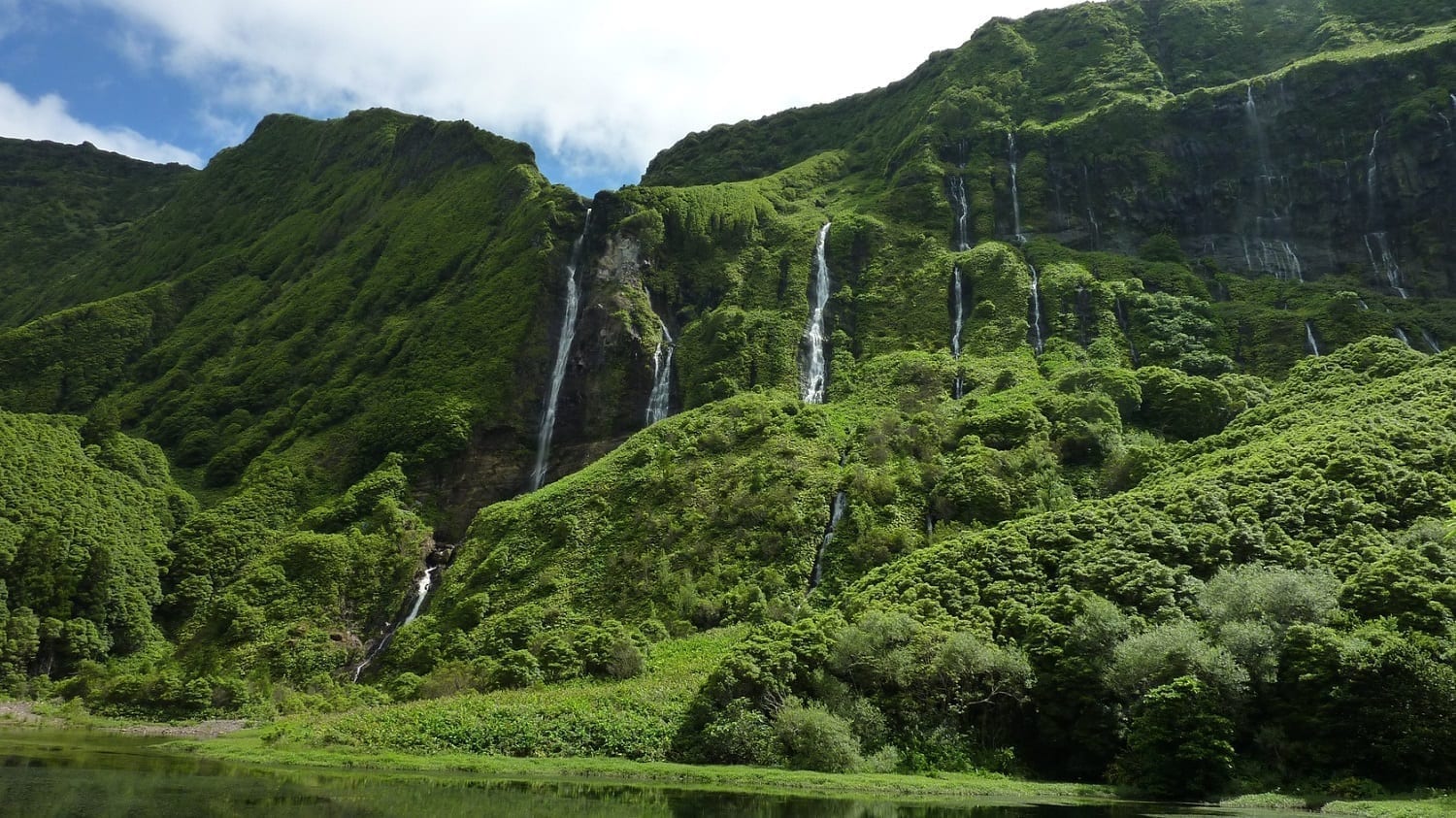 In American public schools, students are taught that carbon dating is an accurate time-determining method used to establish dates for creatures and artifacts. The implication is often given that carbon dating is proof the Bible cannot be true because anything beyond a few thousand years old pushes the timeline farther back than its claims.

People who do not understand how carbon dating works and the assumptions it’s based on believe it is a valid dating method. The reason for this conviction is simple — they have been convinced of its truth by misinformed educators, who were convinced of its truth by other misinformed academics. This article is written to help Christians gain some insight into carbon dating, where it came from, how it works, and why it is unreliable.

The earth’s atmosphere is made up of

One of these random gases is Carbon-14 (C-14). It is found in very small amounts in earth’s trace gas mixture.

C-14 is a radioactive isotope. It is produced when the sun’s radioactive energy strikes normal nitrogen gas (N-14) in the earth’s atmosphere. Slowly, this radioactive Carbon-14 breaks apart and decays back into regular atmospheric nitrogen. The process is cyclic and it is occurring constantly in the upper atmosphere.

The time it takes for radioactive carbon material to break down to its normal state is called its half-life. Carbon-14 has a half-life of 5730 years. That means that half of the radioactive C-14 present today will decay to N-14 in the span of 5730 years. This half-life value is a mathematical approximation based on a few decades of observation. Science cannot yet know if this is an unchanging value since nobody has been watching Carbon-14 for the last 5730 years.

Plants breathe in carbon dioxide, so they take in small traces of C-14 as CO2. Animals eat the plants and incorperate the plant’s composition, including its C-14 content as part of their body. Since people eat plants, and animals that ate plants, people also have very tiny traces of C-14 in their bodies. These small traces can be detected with an instrument called a Geiger counter or with liquid scintillation counting.

However, no consistent amount of C-14 has ever been calculated in the atmosphere, nor is it possible for mankind to do such a thing without having a device that spans the earth’s atmosphere in toto. All scientists can do, all they have ever done, is test the carbon levels in a few areas of earth’s atmosphere via random sampling. They then assume everything else in earth’s atmosphere is homogeneous. This kind of assumption is potentially like pulling five red jelly beans out of a glass bowl and then assuming the whole dish contained only cherry candies without further investigation.

We have been able to track differences in atmospheric C-14 levels leading up to and following the development of atomic weapons. 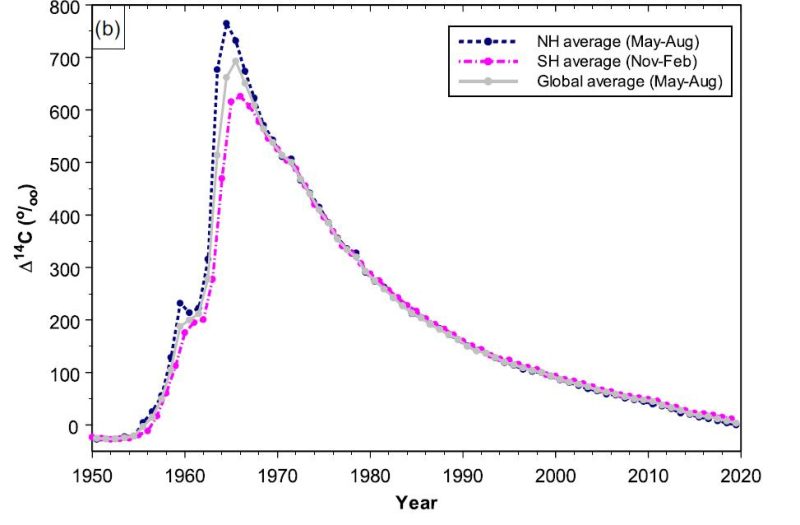 During the years of testing, the amount of C-14 in the air spiked far higher than had previously been measured. Ever since these tests ended in 1963, the atmospheric levels have tapered off as the biosphere has absorbed these particles. By 2020, the levels had nearly dropped to the levels seen in 1950 before large-scale testing began.

To build on this idea further, the uniformitarian must also assume that all plants, animals, and people, from however distant in the past, all match this assumed C-14 concentration standard by faith.They have to assume that both the C-14 concentrations and the half-life rate of C-14 have been constant for thousands of years to make any calculated values reliable.

The quantity of C-14 in ancient air and the stability of C-14 half-life over time are not possible to determine with today’s scientific methods. To measure these things with certainty would require mankind to develop time travel capability.

A Demonstration of the Problem

To demonstrate this concept, let’s scientifically analyze a candle and ask a few questions about it. Let’s imagine we walk into a room where a candle is burning on a table. We measure the candle and find it is six inches tall.

We can analyze the candle for a while and determine that it is burning at a rate of an inch per hour.

There is only one way to verify when that candle was lit: you have to find the person who lit it and ask them, or read a note telling us how long ago it was lit. To accurately determine the past of something, we must refer to eyewitness accounts (aka historical evidence) because science is limited in what it can determine.

Likewise, archaeologists that rely on carbon dating must assume:

Once viewed in this light, it seems childish to make these assumptions without any credible historical evidence backing them. The historical record God gives us is the main reason why the biblical origins model is far superior to any uniformitarian interpretation of Carbon-14.

[Editorial note: Carbon-14 is not an evolutionist’s friend. It cannot be tested in something even close to a million years old, but we find it in every conceivable artifact. For an extensive treatment of the subject see: Creation Ministries International How Carbon Dating Works] 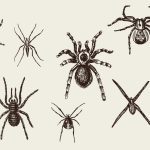 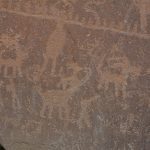