In 1915 the Bible was required reading in most public schools. Legal ordinances in Tennessee directed that 10 verses of the Bible must be read daily in schools.

In 1923, two anti-evolution bills were passed, and textbooks in Oklahoma were banned for their teaching of “Materialist Conception of History (i.e.) the Darwin Theory of Creation.”

William Jennings Bryan stated that there would be “demoralization involved in accepting a brute ancestry” and in 1925, under the order of Tennessee legislature, a bill was passed making it a crime “to teach any theory that denies the story of the Divine Creation of man as taught in the Bible, and to teach instead, that man had descended from a lower order of animal.”

It was soon after that the ACLU stepped in, and the Summer of ’25 saw the beginning of the “Scopes’ Monkey Trial”

Over 85 years later, the view of “Divine Creation” held so highly in 1925, has been eliminated by the public school system, and the religion of evolution is regarded as fact.

Even as late as the 1940’s, evolutionary doctrine was still highly censored from textbooks, yet today, one would do well to find even a casual mention of other theories of origin.

The very building-blocks of education have crumbled from the anti-Biblical theories of Darwinian evolution. Genesis 1 gives us a historical account of exactly how we came to be, and it doesn’t involve monkeys losing their tails. 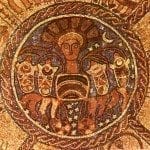