If the foundations be destroyed, what can the righteous do? While the Bible plays a much less central role in science today, many of the greatest minds in science had the solid foundation of belief in a Creator.

The astronomer Johannes Kepler spent most of his time in Austria, and in Prague, where he pioneered much of the work on planetary motion.

Kepler said that: “Geometry, coeternal with God… gave God the pattern… by which he laid out the world so that it might be best and most beautiful and finally most like the Creator.” Realizing that through his work with telescopes, he was witnessing things that had never before been seen, Kepler said: “God himself has waited six thousand years for his work to be seen.” He is known to have prayed: “I thank thee my Creator and my Lord, that Thou hast given me this joy in thy Creation, this thrill in the works of Thy hand.”

Galileo had great respect for Johannes Kepler, and told him: “I esteem myself happy to have as great an ally as you in my search for truth.”

Galileo was born in Pisa Italy, and was known as “The father of modern observational astronomy.” He was one of the first to employ the now widely-used refracting telescope in astronomy, and he also discovered four of Jupiter’s largest moons.

Stephen Hawking, a die-hard atheist, admits that: “Galileo, perhaps more than any other single person, was responsible for the birth of modern science.” So, let’s look at what this brilliant scientist set as his foundation: “it was well said that… the Holy Scripture cannot err, and that the decrees therein contained are absolutely true.”

Galileo is said to have stated that: “Mathematics is the language with which God has written the universe.”

While each had various scientific focuses and theological doctrines, their stand on one issue was clear: The universe didn’t just happen. 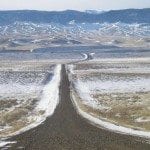 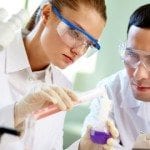